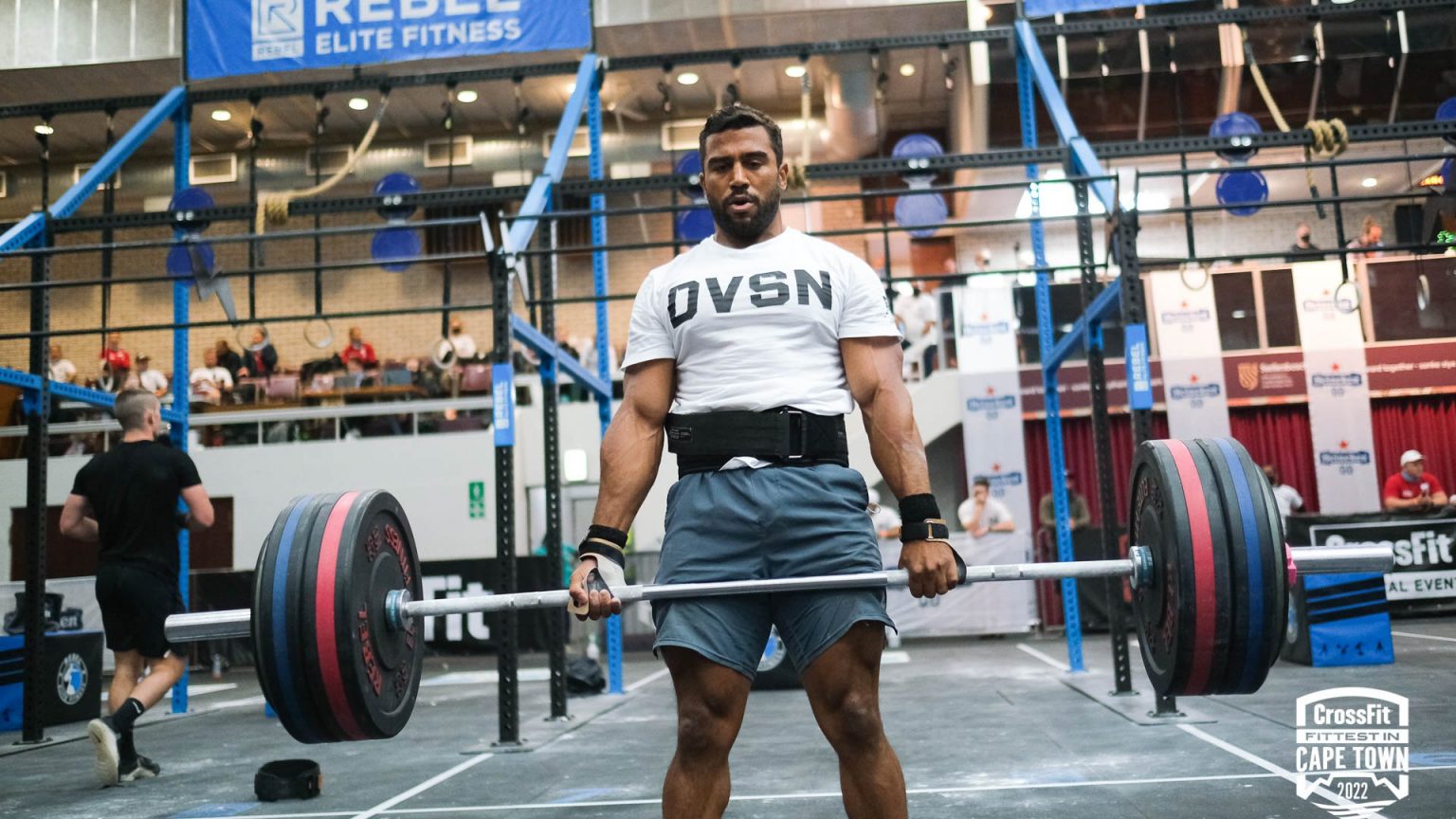 Typically Day 2 of competitions are called “Moving Day” but in the case of the Fittest in Cape Town Semifinal, no major changes occurred, especially at the top of the leaderboards. What we got instead are three very close races inside the The Coetzenburg Centre in Stellenbosch, South Africa that should set up an exciting final day of competition as just one 2022 NOBULL CrossFit Games spot is on the line in each division.

Here are three takeaways from day two you need to know.

Heading into this year’s Semifinal all eyes were on South African team CrossFit Commit Okavango to represent the continent at the Games. The team dominated the team division through the first two stages of the Games season, sweeping all three Open workouts and all four Quarterfinal workouts. The newly formed team included two Games athletes in Mariska Smit and Jaco Brits who competed on the Eikstad Mighty Oaks team that won the Semifinal last year.

After day two they sit in first place but lingering just five points back is CrossFit Tijger Valley UNIT who look determined not to concede the Games spot to their rivals. Both teams have two event wins apiece with Tijger Valley UNIT’s fourth place finish in the first event of the competition the culprit of the point difference.

This sets up the real possibility of a crazy finish tomorrow on the final day of competition.

The “Battle of Michelle’s” took another dramatic turn on Saturday as Michelle Basnett and Michelle Merand head into the final day of competition in a tie. Merand’s event win to close out Day 1 is currently the tie-breaker and she has that in her back pocket should her and Michelle Basnett remain tied at the conclusion of Sunday with the lone Games ticket on the line.

Basnett, last year’s Semifinal champion and Games representative, had a sixth place in the opening event of the day before taking second in the “Barbell Complex” with a total weight lifted of 216 LBs/98 KGs. That finish was her best of the weekend. Merand had a third place finish in the Saturday opener, before tying for sixth in the “Barbell Complex”.

Expect a fight between the two athletes as each looks to return to Madison, WI for their second Games appearance.

3. Who can stop Jason Smith?

In today’s game of “Who can topple Jason Smith?”, a familiar foe to Smith stepped up to the challenge, Kealan Henry. The fellow South African made a statement to start off Saturday with an event win, finishing almost a minute ahead of Darren Zurnamer for his first win of the weekend.

His win coupled with Smith finishing third, put him just eight points behind the reigning and defending Fittest in Cape Town champion. Unfortunately that was where the point difference stayed as both tied in the “Barbell Complex” with identical lifts of 291 LBs/64 KGs.

Henry has the best chances of toppling Smith if indeed that happens looking ahead to Sunday’s programming. He has made great strides in his fitness after being considered a favorite to topple Smith last year. He repeated as Africa’s Open champion this year and then finished third in the Quarterfinals, setting him up for what will ultimately be a showdown between the two on Sunday.