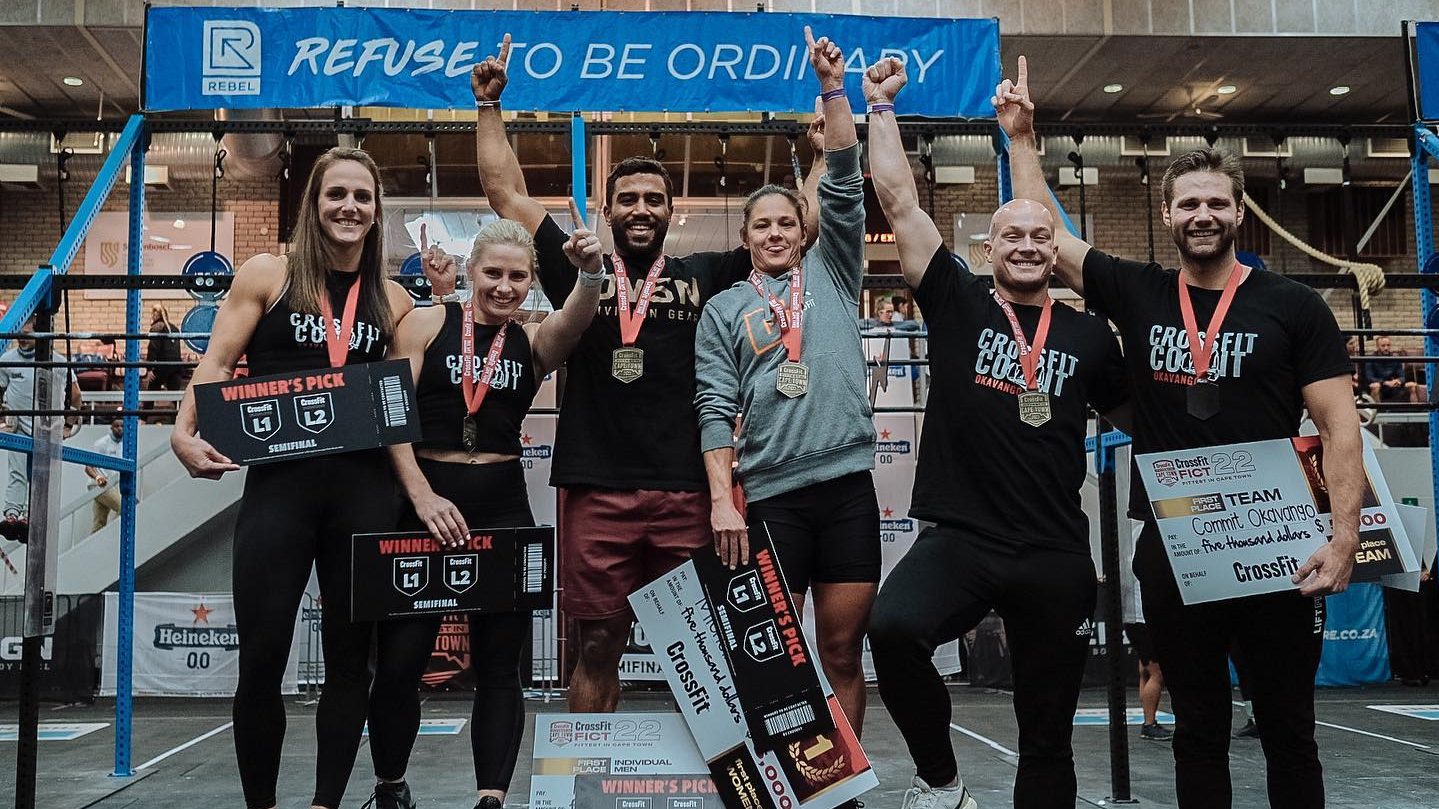 Sunday saw the coronation of three new champions at the CrossFit Fittest in Cape Town Semifinal with each division winner punching their ticket to Madison, WI for the 2022 NOBULL CrossFit Games. Michelle Merand, Kealan Henry and CrossFit Commit Okavango will represent Africa at the Games in their respective divisions August 3-7.

Here are three takeaways from the final day you need to know.

In the closest battle for a Semifinal championship so far this season, 29-year old South African Kealan Henry edged out fellow countryman and Games favorite Jason Smith by eight points to secure his first ticket to the Games.

Henry entered the day with an eight point deficit but quickly turned that into a lead after the opening event of the day. He placed fourth in the “Stellies Chipper” while Smith faltered and finished eighth. Needing just to finish ahead of Smith to secure his first trip to the Games, Henry placed third, :05 seconds ahead of Smith to earn his trip.

The two-time African champion recorded top-10 finishes in all six events including four in the top-5.

2. Three years in the making

It took awhile, three years to be exact, but South African Michelle Merand is heading back to Madison. The 33-year old first stepped upon the hallowed grounds of North Park during the 2019 Games and placed an impressive 41st in her debut. Since then she has been fighting to make a return.

On Sunday she had to earn it as she started the day in a tie with Michelle Basnett but came into Sunday’s competition and hit a home run. She left no doubt as and put her Games destiny in her hands and dominated taking an event win to open the day and Basnett placed seventh essentially securing her Games bid.

For good measure she placed second in the final workout and won by 40 points over Zimbabwe’s Christina Livaditakis.

3. “Committed” to going to the Games

Though the team will be new to the Games, three of the four athletes will not as Mariska Smit and Jaco Brits who competed on the Eikstad Mighty Oaks team that won the Semifinal last year and went to the Games and Lize Burns was on the 2018 CrossFit PBM.

“It’s amazing – the weekend didn’t go exactly as planned, but we’re super happy with the result and excited to represent South Africa in Madison again!” said Smith. “Going into event 6 we knew we only needed a 4th place, so we didn’t go all out, just tried to keep our number 1 spot. We did however know we needed to win event 5, so we went all out there”

Commit Okavango didn’t have a finish outside the top-3 and had three event wins.

Six individual athletes will now move unto to the Last Chance Qualifier. Places second through fourth receive invites to the LCQ.

Livaditakis is 25-years old and has been the “Fittest in Zimbabwe” the last two seasons. Last year she competed at the Torian Pro Semifinal. Basnett’s Game’s dreams are not over as she will be considered one of the favorites in a stacked women’s field in the LCQ.

The final LCQ spot for the women goes to 33-year old South African Engelbrecht who won the final event in the Semifinal to earn her LCQ invite.

For the men, Smith will be one of the early favorites for one of the two LCQ spots as he looks for his fourth Games invite. Twenty-one year old South African Darren Zurnamer went from 13th in last year’s competition to third place to earn his LCQ berth.

The final spot went to yet another South African as Ruan Potgieter secured his spot in the next stage with a huge final day, placing second and first to hold off Games veteran Mohamed Elomda. Potgieter was the only men’s competitor with multiple event wins during the weekend, winning two events.

The Last Chance Qualifier athletes from Oceania will be among the favorites to battle for the remaining two Games spots in each division.

As mentioned before, Simmonds and Sturt will be considered among the early favorites with their Games experience and history of competing in online competitions. Simmonds is just three years removed from a third place finish at the 2019 Games and Sturt finished third in the LCQ last year.