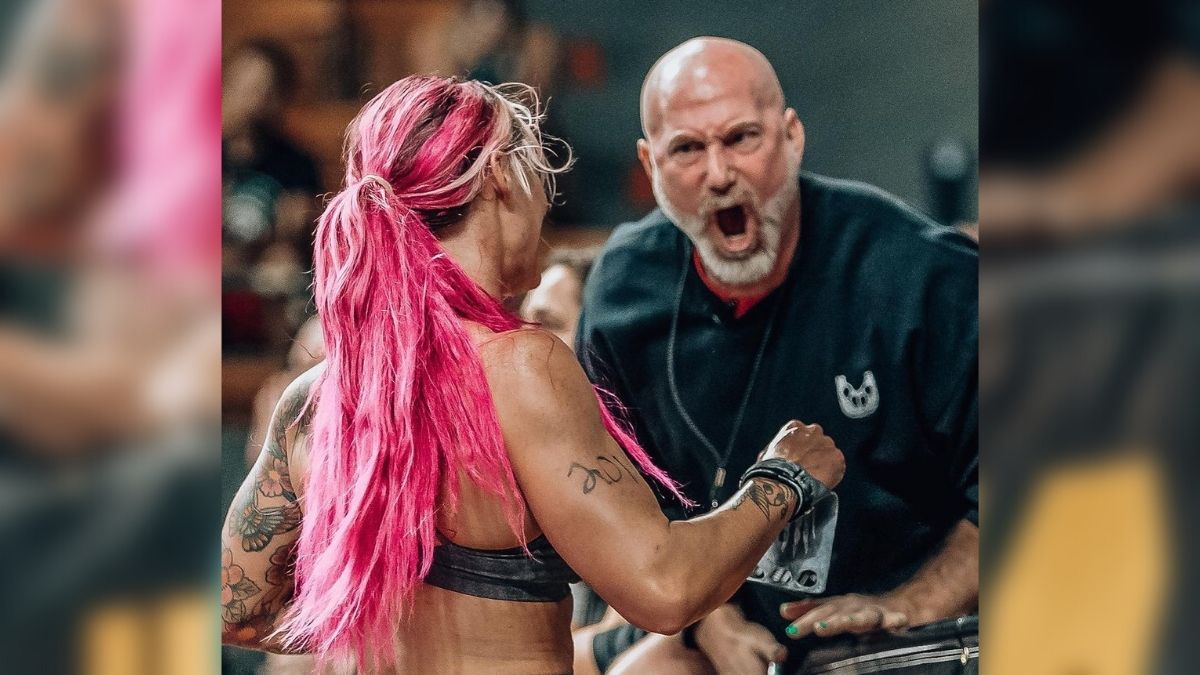 Starting the final day everyone three through nine on the men’s side was still in it for the last three Games spots, but most of the eyes were on Noah Ohlsen who began the day in sixth place, two points out of fifth. He had had some ups and downs on the weekend already, but for the most part didn’t look like the competitor we’re used to seeing at this stage of the season; that changed on Sunday. He picked up a pair of back to back second place finishes and would up fourth overall.

Ohlsen’s up and down performances weren’t enough to creep into the top three however. Cole Sager, who like Ohlsen qualified for his ninth consecutive CrossFit Games this weekend, had nothing worse than a 12th place finish and was steady as ever with a third and fourth on the last day to lock in the three spot.

The young stud of the group was without a doubt Dallin Pepper. Much was speculated about his potential coming in, and after five top five finishes this week, and nothing worse than a seventh on the last event when his spot was pretty much already secured, it seems that that speculation was well warranted. The question about him now is how good he can be at the Games.

That leaves the one and the five spots, and without drawing it out too much, these two spots are very closely related, but their stories to get here are quite different. Saxon Panchik has been a constant at the Games since his first qualification in 2018. His brother Spencer however, has never made the Games; until today. The final event ended up being huge for both brothers. Saxon used that event win to jump Pepper (who had been leading) and lock up a second consecutive Semifinal win. Spencer closed down a couple competitors on the last set of lunges to place third in the event, his best finish of the weekend when he needed it most, and sneak into the five spot.

It seems that any time there’s a great story, there’s heartbreak on the other side, and unfortunately Tyler Christophel was once again on the wrong side of that equation. Christophel had been inside a qualifying spot after every single event leading into the final. He hit a roadblock on the overhead lunges though, and it ended up dropping him all the way to seventh. Jake Berman made a late surge with an event win on event 5 and a fifth on the final to take the sixth spot. Both of these men will be relevant and competitive in the last chance qualifier in a few weeks.

What a day, and weekend, for Danielle Brandon. She won the last three events to overtake Sydney Michalyshen and take the overall win this weekend. Brandon looked like a different athlete who has taken the next step this weekend. Winning half the events at any competition is impressive and implies a different level of fitness, confidence, and gamesmanship. She should be firmly in the mix with the top ten women in the sport at the Games this summer.

For Michalyshen this was an equally impressive weekend. Not a lot of people got to see her last year online, but eyes were on her plenty this weekend. She had an event win, and five finishes of sixth or better. It’s a pretty consistent and impressive showing for the young Canadian.

Like Michalshen, Baylee Rayl qualified via an online Semi last year. And Like Michalyshen, she was fun and impressive to watch in a live competition this year. She had a slow start on the lift, but everything after that was seventh or better. It’s probably a bitter sweet weekend for her due to Christophel missing out, but she definitely should feel good about how she performed.

When the dust settled after the final event there was a lot of tension in the air. And when the leaderboard was finally displayed on the big screen there was a huge gasp from the crowd. 443. 442. 441. Those were the points for places four, five, and six.

Coming into the final Brooke Wells seemed to be in the clear, but everything fell apart for her on the overhead lunges as her heat, and times from previous heats started passing her by. In the meantime, Kelly Clark, who had been in seventh, passed Rebecca Fuselier, who had been in fifth right on the end of the workout. For Clark it was good enough for second place and 96 critical points. But Fuselier managed third overall for 92. Fuselier had a five point edge to start that event, and therefore retained a one point lead over her- so Fuselier was safe.

It would come down to Wells and Clark, and when Wells dropped the bar with only a few feet remaining she had 30 seconds to pick it up and finish, otherwise her comeback season would have been cut short. In the end, she did what she had to do and managed to squeak into the four spot, one point ahead of fifth, and two points ahead of sixth.

Just like with the men there were heavy emotions on both sides. For Wells, this was a huge effort from her and her team all year to come back from the elbow injury last August. For Fuselier, this is a dream that has come true pretty early in her career as she adds her name to the list of impressive young athletes in the sport. But for Clark, this is a tough one to swallow. She’s been competing for so long, and did so well, and to miss by one point is as tough as it gets.

Clark will be joined by Shelby Neal and Lindsey Porter in the last chance qualifier for the women. While Berman, Christophel, and Mitchel Stevenson will fill those spots for the men.

And finally, we have the team division, who actually wrapped up their entire day of competition in the morning before the individuals began their day. The format for teams was fairly demanding with a long, grueling 25 minute workout that no teams were able to finish, and then a quick turn around before a quick and exciting final event.

Event 5: There was a real tightening up of the leaderboard after this event. Koda Iron View Allegiance and CrossFit Westchase Red managed to finish third and fourth respectively in this one, that moved Allegiance into the fifth and final qualifying spot (at the expense of CrossFit Kilo II who were 9th on event five), while Westchase Red put themselves within striking distance 25 points outside of the final qualifying spot.

Event 6: There were conceivably still nine teams within striking distance heading into the final, but in the end only five teams could make it, and in the case of the final qualifying spot there were three teams within 10 points…

Big Picture: Two North American Semifinals down. Two to go. The drama was real and the races were tight in Knoxville in both week one and two. The action heads to Minneapolis next week where we will most likely be seeing more of the same.