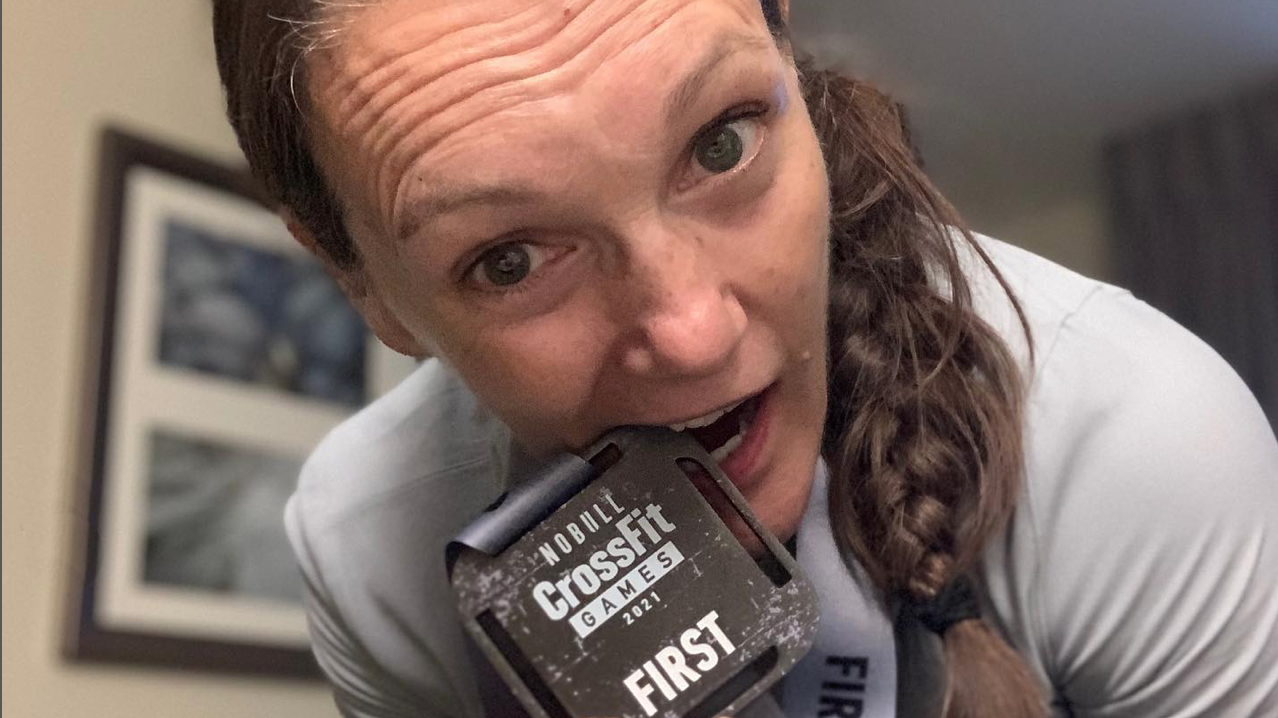 Additionally ten Adaptive divisions will be conducting their virtual finals to crown the “Fittest” in their respective divisions. For those competing in the Semifinals, the top-10 finishers will receive Games invites.

Men: None of the podium finishers from the 2021 Games will be competing in this weekend’s Semifinal, meaning a new champion will be crowned for this division. Bob Ruano is the highest finishing returnee from last year’s Games, placing fifth last year in his fifth Games appearance. Last year he won the division’s Age Group Online Qualifier to gain his invite to the Games. This year he finished fifth in the Quarterfinals.

Kiwi Shaun O’Neill won the Quarterfinal stage and looks for his first Games appearance in his first year in the division. Jeffrey Tincher, John Kim and Darius Boockholdt are also returning Games athletes from the division that finished in the top-10.

Women: The silver and bronze medalists return as they seek the vacant gold in the division. Joyanne Cooper has top-10 finishes in all five of her Games appearances, placing better every year including her second place last year. Carrie Sandoval placed third last year, her best finish in her fourth Games appearance.

Cheryl Brost returns to Games competition, last competing in 2019. She has competed in three divisions across her illustrious career winning the 45-49 in 2016 and 2017. She started off as an individual competitor placing as high as seventh in 2011. She won the Quarterfinals thanks to four top-5 finishes as she looks to earn her first invite in the 50-54 division.

Men: Vincent Diephuis made history last season as he became the first Games champion from the Netherlands as he won the division in his first appearance. In the Quarterfinals he started the stage with three-straight event wins before a 145th finish in “The CrossFit Total” that contributed to seventh place finish overall. Jeff Ernsberger won the Quarterfinals by just two points over Mike Egan. Ernsberger is a two-time Games athlete, last competing in 2017 in the 50-54 division.

Women: Laurie Meschishnick won her second Games title last year as she held off Karen Lundgren to win the title in her stellar nine-year career. The Canadian placed fifth in the Quarterfinals.

Lundgren finally made it to the Games last year and earned the silver medal thanks to two event wins. Leigh Coates won the Quarterfinal and will be seeking her first Games invitation.

Men: Will Powell made history last year when he became the first athlete in Games history to win titles in three divisions. It was his fourth title overall in his eight Games appearances.

Carl Giuffre was the runner-up to Powell last season in his second Games appearance. In 2019 he placed third at the Games. Tom Fameree makes his debut in the division and ended up winning the Quarterfinal. He has two Games appearances including last year in the 55-59 division.

Women: Noticeably absent from the Semifinals is record-breaking, five-time champ Susan Clarke, who has not participated in any stages this season. Fellow Canadian and third place finisher Patricia McGill has podium finishes in both of her Games appearances in the division (2nd in 2019). She placed second in the Quarterfinal.

Australian Lynne Knapman is the only athlete to have qualified for every CrossFit Games masters competition. She has competed in every Games since 2010 for a record 11 appearances, having never placed outside the top-10 yet has never won a title. She placed fifth in the Quarterfinals after finishing fourth at the Games last year.

Kiwi Debbie Downing won the Quarterfinal in her first year in the division. She has five Games appearances under her belt.

Men: Last year Ken Ogden won the title in the division’s inaugural year, needing an event win in the final workout to secure the championship. He placed fourth in the Quarterfinals.

Women: Two of the three podium finishers from last year’s Games are competing this weekend including the champion Patty Bauer and the bronze medalist Polly McKinstry.

Marcia Yager won the Quarterfinals and is looking for her third trip to the Games and first since 2018. Patty is a seven-time Games athlete in the Masters division and enters her first year in the 65+ field. She placed second in the Quarterfinals.

Men: Casey Acree won six of the seven events in this division at the Games last year, with his third place finish in the 1-rep max deadlift the only blemish. This year he had the top Open score in the world in his division, winning all three workouts.

Josue Maldonado was the athlete who won that event with a lift of 525 LBs. France’s Alexis Fiorucci placed second in the Open this season recording two second places.

Women: ​​Eileen Quinn and Elizabeth Bride finished second and third at the Games last year. Bride followed that up with a second place in the Open with France’s Anne-Laure Coutenceau taking the Open title.

Women: Valerie Cohen dominated the field at the Games last year, winning by 285 points. It was more of the same in the Open as she won by 14 points with all top-3 finishes. Amy Bream got valuable experience in her first year doing CrossFit and showed her improvements with a third place finish in the Open.

Men: Brett Horchar had the largest margin of victory in the adaptive division at the Games last season with a 310-point win. He won six events and missed out on a sweep of the events by just five pounds as he finished second in event 3 with a lift of 275 pounds. He just missed out on a sweep with two event wins. Spain’s Jonatan Castro Silva placed second in the Open with two top-2 finishes.

Women: The top-two women from the Games return for the Semifinals. Shannon Ogar held off South Africa’s Letchen Du Plessis at the Games, winning by just 15 points. Morgan Johnson won the division’s Quarterfinal with all finishes in the top-3.

Ten adaptive divisions will be holding their finals virtually this weekend as well. The division winners will be recognized at the 2022 Games. The mens and womens divisions included in the finals are the:

May 26 by Patrick Clark and Ava Kitzi
Your Coffee is ready.