Not to sound too dramatic, but 2022 may go down as a pivotal year in the 21st century. Pandemic fatigue has reached its peak, as the average citizen no longer wants to social distance, mask or get regular testing done for COVID. The virus is still running rampant through the population at will, but everyone has moved on – for better or worse.

What emerges in the next few years will be a new way of life, the “post-pandemic phase” where we should expect the unexpected. Companies and individuals have big plans, and the future forward from here could determine the next few decades of trajectory when it comes to our entire species.

CrossFit–as a company, brand and sport–finds itself at a similar crossroads: where to go from COVID? Rumors are, after the 2023 NOBULL CrossFit Games takes place in Madison, WI for what seems the umpteeth time, CrossFit is taking its show on the road.

Where to, you ask? This question can best be answered by a process of elimination. CrossFit’s general manager of Sport, Justin Bergh, alluded to a “non-U.S. offering” in a press conference following Quarterfinals. We can rule out Canada, as leaving the North American continent seems to be the goal, and simply taking the Games north doesn’t seem like CrossFit really stretching its wings.

When Eric Roza took over the controls of CrossFit back in June of 2020, which is now over two years ago, he was salivating at the prospect of one untapped market: the Chinese mainland. Roza’s ambitious vision–20,000 boxes in 20 years–at the time, although lofty, sounded doable. China was a highly touted market of untapped consumers that Western companies were falling all over themselves trying to break into.

Oh how a few years can change things. Many thought Donald Trump’s trade war with China would have been the high water mark for low relations between China and the West, however things have only gotten worse. China’s unwavering, and downright stubborn approach to foreign policy, means it failed to eke out a seat at the table of globalization. Pick a country, China now has serious beef with it: Canada, India, Australia, Sweden, and then of course there is Taiwan, which is a whole other discussion.

On top of all of this is China’s “zero COVID strategy” which now looks completely insane within the lens of the pandemic in 2022. As other countries open up and learn to live with an endemic virus, China, on the other hand, continues to double down on a bad decision like a textbook case of entrapment. Suffice it to say, CrossFit will most likely not expand in China for the foreseeable future, if ever, at this rate.

Another market with an interesting relation to CrossFit is Brazil. Heading into the pandemic, Brazil had the most boxes outside of CrossFit’s US home base. In an article posted to CrossFit’s website on October 15, 2021, the company said there were 646 affiliates in the country. In April of this year, we published a story, with confirmed numbers from CrossFit, that France, with close to 700 boxes, was now the biggest foothold outside of the U.S.

Upon further investigation, it turns out Brazil wasn’t knocked down to third, it was knocked down to fifth, behind the UK and Spain as well. So, what happened? CrossFit has been coy about detailing what went on in Brazil, but it’s not hard to point to COVID as one of the main culprits. As a third world country, Brazil was ravaged by the virus, pushing an already strapped population further to the breaking point. One can easily surmise that affiliate fees, and membership numbers, took a dive during this period, and have yet to recover, if they ever will.

That CrossFit article that ran in 2021 also alluded to another clue: it’s about Brazil’s top CrossFit athlete, Guilherme Malheiros, moving to the US to continue his training and career. Malheiros isn’t the first athlete to uproot from his homeland for a better chance at glory, but he adds another layer to the story of how Brazil went from CrossFit darling to afterthought.

A number of other factors – which include China as well – obviously play into this. Brazil is a country that predominantly speaks Portuguese, and Chinese people speak Mandarin. This must be appended by stating that while French people speak French, a healthy portion of the population speak CrossFit’s mother tongue, which is English. France is by no way a country known for having high rates of English speakers in Europe, however when compared to China and Brazil, they are still in a completely different class.

One wonders why CrossFit didn’t attack Europe with more gusto before the pandemic, however the salivating idea of tapping BRIC countries like China and Brazil is a mistake many multinational companies have committed in the past, so it’s tough to fault CrossFit here. Now, by process of elimination, CrossFit looks to Europe as a way to establish a foothold out of the US, and they are banking on what looks like a much safer bet.

CrossFit’s home and Mecca will always be somewhere between CrossFit Mayhem in Cookeville, TN and the iconic ranch in Aromas, CA, but overseas in Europe presents both another challenge, and opportunity. CrossFit’s failures in the past when it comes to global expansion are mostly not its fault, as they became vicious victims of circumstance.

Europe is a safe bet moving forward, even with the war in Ukraine looming large over the region, however, we have been here before. As this brave new world takes shape, and if history is any indication, CrossFit should plan for the worst, hope for the best, and expect the unexpected. 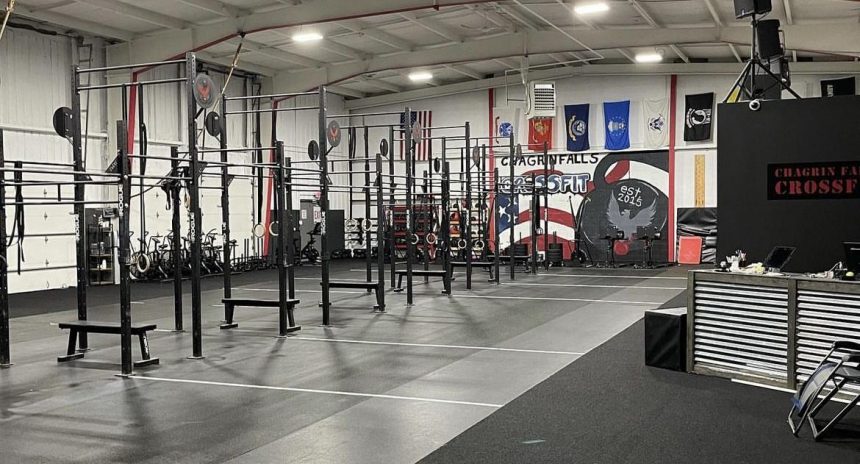