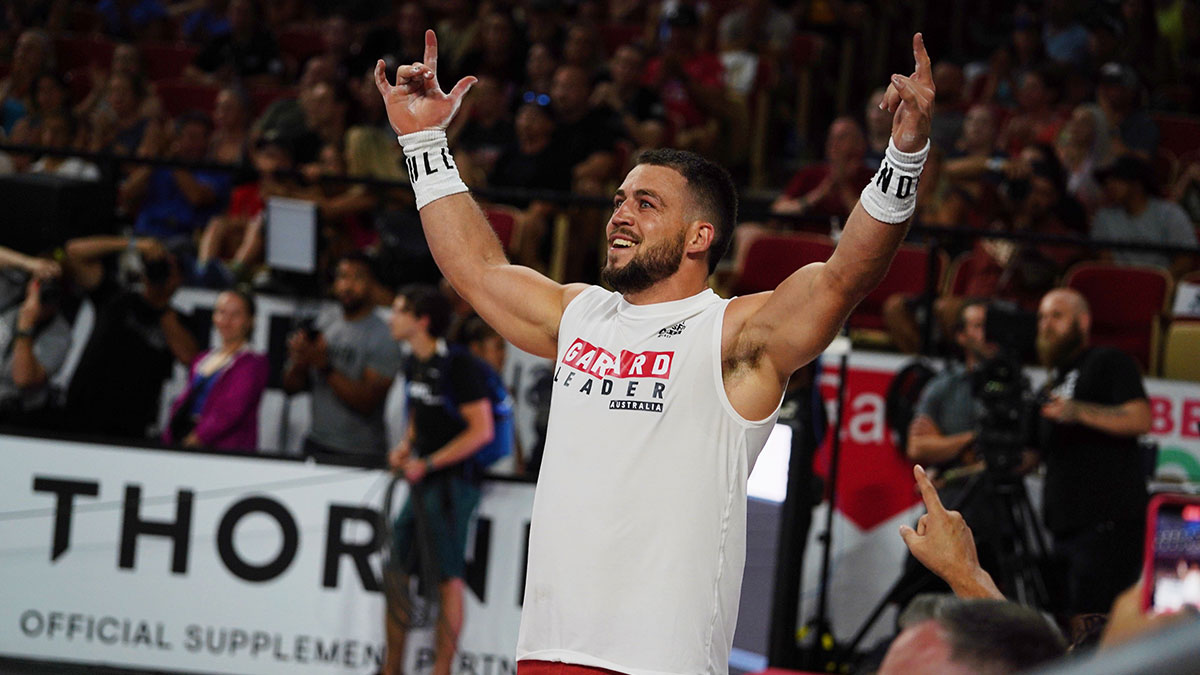 The individual athletes kicked off the first day of the 2022 NOBULL CrossFit Games on August 3. They dealt with the return of the Trek Bike, new versions of double-unders, and massive storm cells that brought the action to an unexpected halt. Ricky Garard remained consistent through it all and he kicked off his redemption tour by wearing the leader’s jersey after all three events.

A fast start: Event 1 marked Garard’s first action at the CrossFit Games since his disqualification in 2017. It would be understandable if he dealt with some nerves early, but he started quickly by cranking out massive sets of toes-to-bar. He then proceeded to lock up his first official win at the CrossFit Games.

Garard headed to the Veterans Memorial Coliseum in the white leader’s jersey after the severe weather forced CrossFit to postpone Event 2. His next test was the unique Event 3 featuring numerous trips up the pegboard, single-leg squats, increasingly difficult jump rope reps, and handstand walks over obstacles.

Garard headed back to the Coliseum for the final event of the day, Elizabeth Elevated, in a tie with Medeiros. Both men had 188 points each and their sights set on the another 100. All they had to do was complete 21-15-9-9-9 of squat cleans and dips with P-bar traverses.

The final event of the day was all about Vellner. The four-time podium finisher went out at a blistering pace and demolished the time to beat at 8:42.16. Meanwhile, Roman Khrennikov and Garard battled for the second-fastest time in the heat.

Aug 15 by Morning Chalk Up
More About Ricky Garard