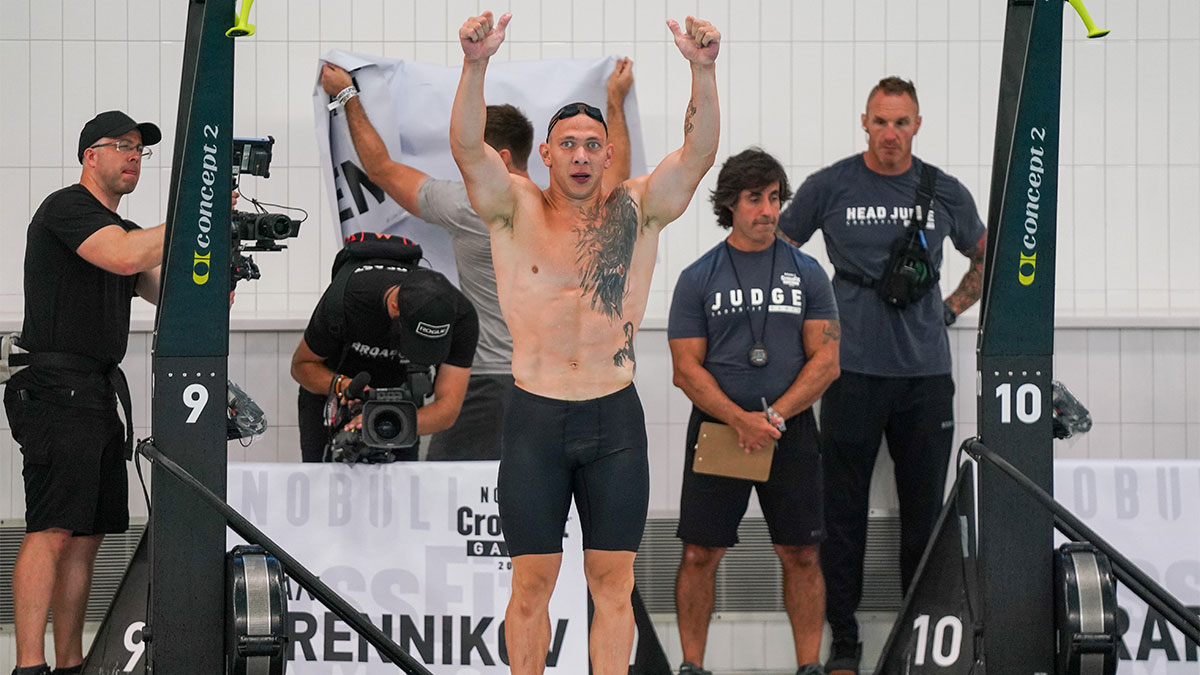 For the first time in the 2022 NOBULL CrossFit Games, the athletes headed into the water for a swim event. They took on a pool instead of the nearby lakes, and Roman Khrennikov used his “home” venue to secure his first in-person event win.

The details: Rinse N’ Repeat featured eight rounds of a 50-yard swim paired with SkiErg work. The individual athletes started with eight calories in the two-minute round before adding two more during the next five rounds. The final two rounds forced the athletes to just get as many calories as possible.

Familiar territory: As the CrossFit Games broadcast team explained, the site of Rinse N’ Repeat was quite familiar to Khrennikov. He has been in Madison since March training for the CrossFit Games, and he has spent an inordinate amount of time at this particular pool.

Khrennikov made his move during the fourth of eight rounds. He was the first man to complete 14 calories and move back to the edge of the pool for the start of the next round.

The battle between Koski and Khrennikov continued throughout the remainder of the event as the Finnish athlete consistently climbed out of the pool first. However, Khrennikov always caught Koski with his ability to generate power on the SkiErg.

The final round was the most frantic. Khrennikov had the lead, and he was within reach of his second career win – first at an in-person CrossFit Games. Koski was out of the pool first, and he began racing to overcome a five-calories deficit, along with other podium contenders.

Why this performance matters: There have been discussions for several years now about how Khrennikov would perform at the CrossFit Games, especially with him being unable to secure a visa after qualifying each time.

The wait is finally over. Khrennikov was able to make his journey to the US and test himself against the best athletes in the sport. He has delivered by winning Rinse N’ Repeat and performing consistently in every other test of fitness. This includes a second-place finish in The Capitol and a third-place finish in Echo Press.