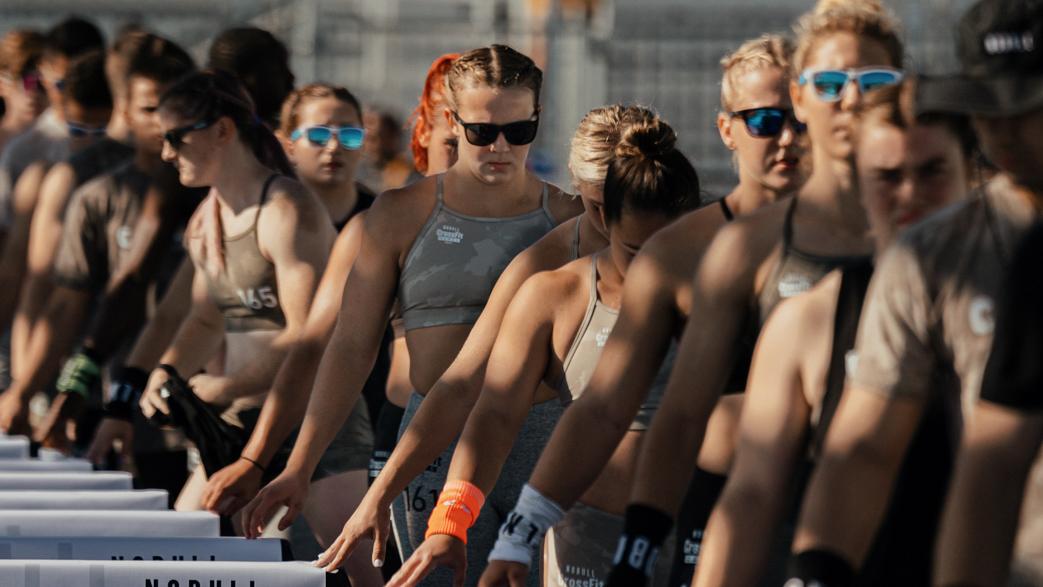 Over the last few seasons we have seen the teen division do what it was intended to do, create the next superstar athletes and feed into the individual divisions.

Whether it was teen alums like Haley Adams or Guilherme Malheiros making the first successful jumps in the men’s and women’s divisions to become perennial top-10 contenders, recent teen athletes like Emma Lawson, Paige Powers, Tudor Magda, Dallin Pepper and Cole Greashaber who all made their Games debuts or in the case of Mallory O’Brien, podium, becoming the first teen alum to do so while also becoming the youngest athlete to ever podium.

So who from this year’s teen division will follow in those huge footsteps? We take a look back at all four divisions and try to provide those answers to that question while also pointing out some achievements, storylines and takeaways you might have missed but should know for the foreseeable future.

The evolution of Olivia

Teen sensation Olivia Kerstetter accomplished what everyone thought she would at the Games, dominate the division. She became the sixth teenage athlete to win a title in each of the two teen divisions. She also became the sixth 16-year old to win the older teen division, she joined Emma Lawson and Kaela Stephano to become the third girl to accomplish that feat.

It’s Lawson who Kerstetter’s path may follow, winning the teen title and choosing to compete as an individual rather than return to defend their championship. We were denied the opportunity of seeing Lawson, who won last year’s 16-17 title last year at 16 years old, defend her title against Kerstetter this year. Instead Lawson went all-in and bet on herself to make the Games, a decision that paid off as the 17-year old Canadian impressed throughout every stage of the Games season culminating with her to a sixth place finish at the Games.

However we might be able to see those two athletes share the competition floor sooner than later. Kerstetter just placed third at the Rogue Invitational Qualifier and has earned an invitation to the prestigious event. Lawson, through her finish at the Games received an automatic invite which all indications point to her accepting. If that happens, the women’s field at the Rogue Invitational could feature four teenagers including O’Brien and Anikha Greer who won the Rogue Qualifier.

Kerstetter’s journey mirrors what Lawson did last year when she elected to compete at the Dubai CrossFit Championship to see how she stacked-up against the women in the individual division.

Kerstetter will get that opportunity at Rogue against a highly competitive field that will feature the top women in the sport. Gathering information and getting competition experience will be valuable for the Jacob Heppner protege and her team will use that and possibly Wodapalooza, then the Open and Quarterfinals to determine the path to take, compete as an individual or return to the 16-17 year old division to defend her title.

Stacking up to the Pros

For the first in Games history a swimming event was programmed exactly the same throughout every division. “Rinse ‘N’ Repeat” was the first-ever swimming event held indoors, utilizing the home of the University of Wisconsin swimming and diving team, the SoderholmFamily Aquatic Center.

The neat thing about the other divisions having the same events as the individuals is comparing how they stack up to the top athletes in the sport. It has famously been known that a 15-year old Kerstetter had the best snatch last year among all women, even the Tia-Clair Toomey who would win the event for the individual women.

This year 17-year old Jadzia Onorati-Phillips won the event with 124 calories on the ski erg for the division. Her score would have tied her with Danielle Brandon and Julia Kato for 12th in the elite division. Her win in that event gave her two career event wins in the division, both swimming events.

In the 14-15 year old girls division, Abigail Moore won with 115 calories, which would have tied her with Alex Gazan, Sol Sigurdardottir and Baylee Rayl for 24th.

For these teenagers seeing where their scores and results stack up when compared to the athletes they look up to and strive to be one day whether at the Games or in the Open it helps them gauge where they are in their competitive progression.

As we discussed with Kerstetter, who could be the next teen athlete that makes a splash at the elite individual women’s level but she might not be the only one. Trista Smith was part of the discussion heading into Semifinals as the 16-year old placed 86th in the worldwide Open and then followed that with a 110th place in the North America Quarterfinals qualifying her for a Semifinal. She elected to instead compete in the Age Group Semifinals placing second and securing her second-straight trip to the Games in the teen division.

She finished a disappointing fourth but showed much promise in the early part of her Games, winning three events, before faltering in the final three events. However she’s a name to keep an eye out on next season. She moved to training full-time under the tutelage of Adam Neiffer at CrossFit Fort Vancouver late in the Games season. A full year under his tutelage as well as training alongside two-time defending “Fittest Man on Earth” Justin Medieros and Ellie Turner will only make her better, leaving her with yet another tough decision to make when the time comes to decide what path to the Games she will take.

Sophia Shaft has been a staple of the teen division since qualifying as a 14-year old in 2019, placing 8th. She has long been included in the discussion in the next group of teen alums that will thrive in the elite division. Filled with raw talent and strength, she just needed to prove it at the teen division. She finally did this season when she recorded her first podium finish at the Games, placing third in her final Games as a teen competitor.

Now the question is will she be able to make the jump to the individual competition. In 2020 she placed 226 in the Open as a 16-year old while competing at less than 100%. History has shown if Shaft can stay healthy, the former American Ninja Warrior contestant could be among the teen division alumni that have broken through with success at the elite level.

RJ Mestre just missed out on making history by :12 seconds. That was the amount of time the 15-year old finished behind Yousef Diab in the “Skills Chipper”, placing second. Those :12 seconds denied Mestre the opportunity of joining Casey Acree and Susan Clarke as the only Games athletes in any division to win every event.

Instead he won the title of “Fittest 14-15 Year Old Boy on Earth” by 230 points, the largest margin of victory across every age group division.

Mestre put on a clinic as he won seven events, winning some events by more than a minute and winning others by just mere seconds showing he could answer the call if pushed.

He will now move up to the 16-17 year old division for the upcoming Games season where his championship counterpart in that division awaits in Ty Jenkins. That will be the third time in the boys teen division where that has happened. In 2016 Nicholas Paladino defended his 16-17 year old title while the past year’s 14-15 champion Angelo Dicicco placed third. In 2018 Dallin Pepper was the defending champion while Tudor Magda was the newcomer after winning the younger division the prior. Much like in 2016, the defending champion won with Pepper repeating, Magda, like Dicicco, placed third as a 16-year old.

As history has shown, whatever happens between Mestre and Jenkins in 2023, the future looks bright for both.

The next European prodigy

Lucy McGonigle made history with her 14-15 year old girls title, becoming the first European to win a teen division title. The native of Ireland was dominating in her 100-point win, placing no worse than fifth in any of the eight events while winning two events.

Her Games win completed a clean sweep for the 15-year old as she won all four stages of the Games season for her division.

Last year she made history as only the third 14-year old girl to podium at the Games, placing second behind Kerstetter.

She also holds the distinction of being the first Games champion in any division, man or woman, from Ireland.

This season she showed balance and consistency throughout every event. Those attributes along with her mature demeanor on the competition floor will lead her to be a favorite as she ages up to the 16-17 year old division in 2023. She also could be the future of the European division as there has only been one teen division alum from Europe to graduate to the Games, Gabriela Migala.

Here are some other notable achievements from the teen division: 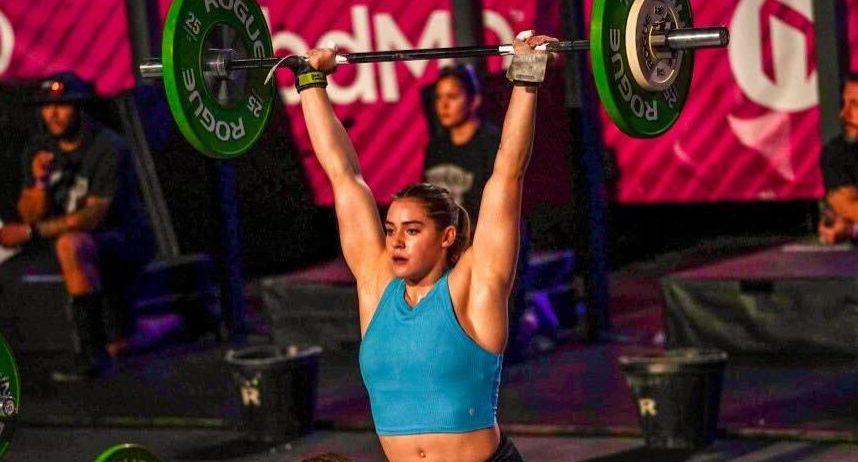