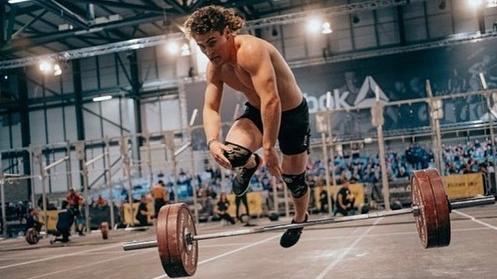 Ireland’s top CrossFit competition has sold out even as pandemic restrictions continue to frustrate the organizers innovative plans.

The Filthy 150 is set to take place on October 21 and 22 at the DKIT Sports Arena. It is the first time since the pandemic the Irish CrossFit community has come together.

Remind me: The community has always been at the core of the Filthy 150. They have an enormous community competition, which has 1,200 athletes spread over four competition floors competing simultaneously.

The spectacle lives long in the memory for anyone who sees it and it even eclipses the elite competition, which has seen the likes of Sarah Sigmundsdottir and Justin Mederios.

That kind of community centric rhetoric is easy to say. But when push comes to shove, organizers would be forgiven for prioritizing the big names and the interest they generate.

But push did come to shove for the Filthy 150 this year, and Dunne and her partner Jamie chose the community.

Diving into the backstory

The pair had an innovative new plan to host a unique elite CrossFit competition based on the F1 Drive to Survive Netflix documentary or The Ultimate Fighter series that saved the UFC.

But their normal venue is still being used by the government as a vaccine center. The DKIT Sports Arena is not big enough for both the community event and the new concept, so they were forced to choose.

The new concept was based around camps. A bit like F1, in which an individual driver can win the race and their team can also win points by the second driver ranking high.

The CrossFit teams would be made of four individuals, competing on their own and accumulating team points overall.

Crucially, the teams would live together for the week, returning each night to their camp. A series would follow the teams as they live and workout together.

Dunne’s concept had traction. There was interest from elite teams, Reebok had agreed to sponsor the new concept. But last year, Covid-19 forced them to put the idea on ice and this year, with the lack of large venue due to the vaccine center, they cannot introduce it yet.

Filthy 150 inaugural event was in 2013, and the pair have always sought to innovate. They invited boxes to send five athletes.

The next year, they doubled the number of competitors to 300.

In 2019, the Filthy 150 became a sanctional. Dunne was surprised that a small event in Ireland would win a place among the sanctionals, especially as there was another sanctional over the water in the UK.

They had 7,500 spectators and a million views on the live stream. The event started on Friday night to make sure it felt like a “party”, with beers flowing in the crowd. It was sponsored by Guinness, Paddy Power, Aer Lingus and Rebok.

Justin Medeiros announced himself with his first major win. He was “lovely”, said Dunne, and so was his family.

Despite the success, the Filthy 150 did not make any money. Dunne had known they probably would not profit but had signed on to be a sanctional for three years and planned to be making money by year three.

But then the CrossFit Games decided to change its format again, and do away with Sanctionals.

It was frustrating, but in the adversity, Dunne and Jamie saw another opportunity to innovate.

They teamed up with other sanctionals and pitched CrossFit.

They planned on an ongoing league. Of the 11 events, elite athletes agreed to compete at a minimum of five. Their results would put them on a leaderboard, with an overall winner at the end of the season.

The big picture: The couple are constantly dreaming up new ideas. They have considered levels and divisions, or scale events with handicaps.

The perpetual innovation stands them in good stead to grow, and their commitment to their community grounds them in a fertile soil. Next year, the Covd-19 constraints will hopefully be a thing of the past and the Filthy 150’s imagination can run wild.

Weighing the Fallout from Spanish Throwdown