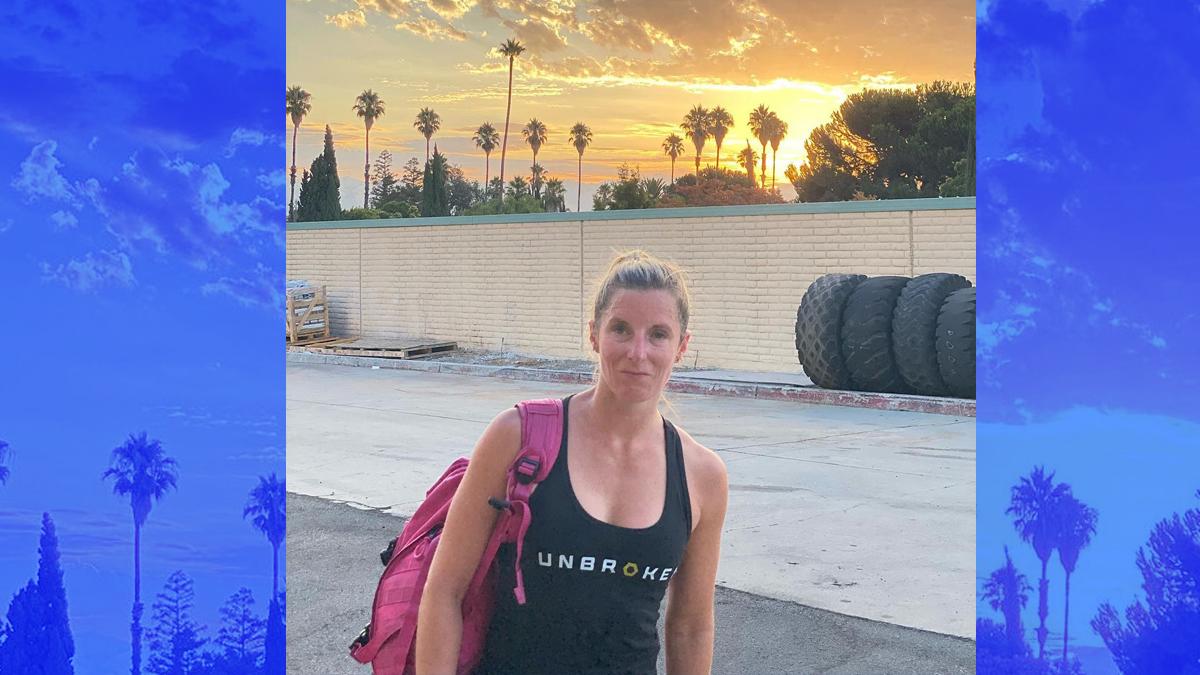 When Kym Dekeyrel woke up from emergency surgery in 2014 after experiencing liver failure because of a flare up of the autoimmune disease lupus, she was completely blind.

At first she wasn’t all that concerned, because when she was 5 years old she was diagnosed with a rare eye condition called retinitis pigmentosa (PR)—which leads to the gradual degeneration of the retina—something she had lived with her whole life. But until her surgery in 2014, she still had some of her peripheral vision.

“It wasn’t like I woke up from surgery and was like, ‘Oh my God, I can’t see anything, My life is over. Because I really thought once my body heals itself from this then maybe it will come back,” said Dekeyrel, now 40.

“So I just kind of kept waiting and waiting but nothing ever came back.”

After that her body healed and she got her lupus symptoms under control, but without her sight she “felt lost.”

“I basically went from being able to do backflips on the grass to not being able to step off of a curb, so I lived pretty miserably for a lot of years,” Dekeyrel said. “I just didn’t know anymore what I could do. I felt like I had zero purpose and zero self-worth.”

Then one day her husband Adam told her he was taking her to the CrossFit gym.

“And I said, ‘No, I’m not going to the CrossFit gym. I will die. I’ll smash my face on everything…I have never done anything CrossFit-ish in my life. So I cried all the way there, and I cried when we got there,” she said, now laughing.

But then other members started walking in for class and they approached her and greeted her and said they showed up because they knew she was coming.

“They didn’t know me, but Adam had told them, ‘I’m bringing my wife.’ And really, on that day, I was like ‘I can do this.’ Instantly it changed me,” she said.

Fast-forward to today, and Dekeyrel is one of the fittest blind women in the world. She won the Open in the Women’s Vision division in both 2021 and 2022. She also would have won the 2022 Semifinals, as well, however a technical submission issue caused her to drop to fifth overall as her score for Workout 3 was never counted.

Though what happened during Semifinals was “devastating” to Dekeyrel, she said the experience made her realize that CrossFit is so much bigger for her than how she does in a competition.

“This journey for me has not been about the titles. Just how much this sport has changed my life and has allowed me to have this platform to help change other people’s lives. And even just my whole family dynamic. It has just been beyond rewarding,” she said.

In recognition of October being Blindness Awareness month, Dekeyrel created a workout along with CrossFit LLC, and she is challenging CrossFit athletes to make a donation to the Finding the Light Fundraiser and complete the workout with their eyes closed to give them an idea of what it’s like to workout without vision. Further, CrossFit has also produced a documentary—Finding the Light—featuring Dekeyrel’s story, which she said is slated to be released soon.

Dekeyrel couldn’t be happier with how the community has responded so far.

“The outpouring has been more than I expected. Everyday I’m getting messages from gyms saying, ‘We did your workout today,’” she said. “The response has been unreal.”

Dekeyrel said building awareness about blindness is so important, as most people have an inaccurate perception of those who are blind or have impaired vision, a perception that can be harmful to people like herself.

“In my day-to-day life the assumption is I can’t. People find out that I cannot see and instantly assume that I don’t work or have a college education. They assume that I cannot cook, pick out my own clothes, apply makeup, do household chores, do anything on the Internet, and most heart wrenching of all, people assume I cannot be a good mother,” Dekeyrel wrote on Instagram.

“This ignorance used to crush my soul and made me second guess my self worth,” she continued.

CrossFit then became one of the pieces of the puzzle that helped Dekeyrel be less affected by what others think. Now when someone makes an assumption about her, she “smirks to myself and think, ‘Lady, you have no idea what I am capable of,’” she said.

And that’s the message she hopes all blind people will realize about themselves, as well.

“We can function in society. We can achieve our goals. And we can be just like everyone else,” she said.