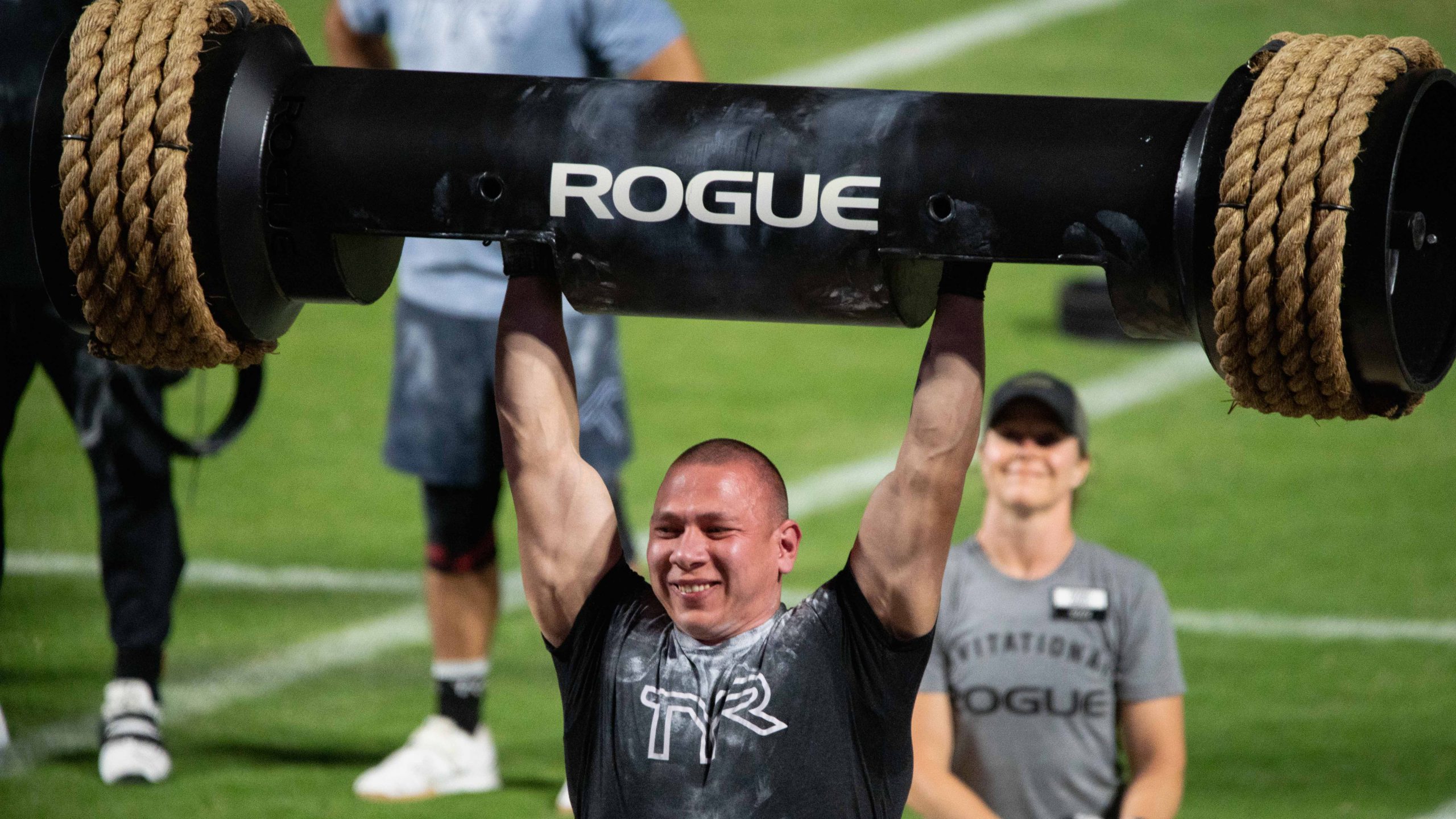 The 2022 Rogue Invitational continued on Saturday with three more events for the individual athletes. Following the tradition set by the PGA Tour, “moving day” featured nonstop action as several athletes moved up the leaderboard. Laura Horvath and Roman Khrennikov made the biggest moves as they each took over the top spots in their respective divisions.

The Women: Dani Speegle set the pace in the first heat, moving through smoothly, finishing in 3:12.98, a time Alexis Raptis took down shortly after in Heat 2.

The Men: The top athletes during the early heats were Henrik Haapalainen and Samuel Kwant. They won their respective heats with consistent performances, and they set themselves up for a strong start to the afternoon.

Event 6: The Duel II: A mystery until the morning of October 29, The Duel II was an elimination bracket-style event where athletes sprinted through 1 Legless Rope Climb, 10 overhead squats (135/95), and a sandbag carry to the finish (200/150), with the top times advancing to the next round. The first four rounds had five athletes in each heat, but the final round was head-to-head duel between the top two athletes vying for 100 points.

The Women: As the top five women got a bye during the first round, the three heat winners in the first round were Anikha Greer, Carolyne Prevost and Danielle Brandon.

The Men: Like the women’s division, the athletes in the men’s division dealt with considerable delays between rounds due to judging issues. However, they headed onto the field at the start of each round and proceeded to put on a show.

Event 7: Texas Oak: The final event of the day was a test of strength and technique. The athletes had to complete a one-rep max log lift, which included a jerk. Simple, straightforward, and an opportunity to gain some crucial points before the final day.

The Women: The final two women made it to 205 pounds and it was none other than Speegle and Horvath showing their strength in one of the most uniquely Rogue-esque events that has heavy strongman roots.

The Men: Two men made it to the final round. Chandler Smith and Roman Khrennikov both hit 290 pounds after hugging and hyping each other up. They then moved on to the massive, 300-pound Texas Oak.

Looking ahead: Heading into the final day, there has been another shakeup on the leaderboard. Khrennikov has the lead with 530 points. Medeiros is second with 520 points while Vellner is third with 495 points. Smith, who locked up his first event win during Texas Oak, is only five points out of a podium spot.

The women’s division is less in question heading into the final day. Horvath has 590 points after winning four straight events and finishing second in Texas Oak. She is now 75 points ahead of Gabriela Migala, who sits at 515 points. Annie Thorisdottir is third with 505 points after another consistent Saturday.