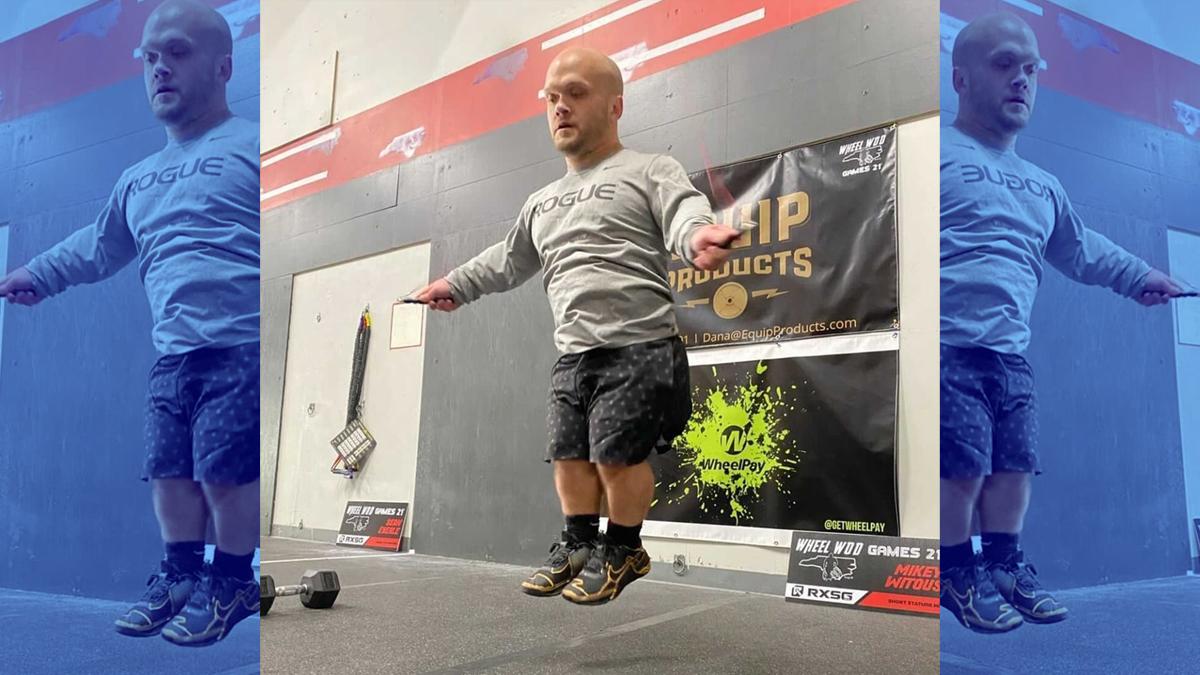 For a long time, Mikey Witous thought CrossFit was for “retired older men to relive their glory days,” so he waved off the idea of even trying.

That was because Witous’ father did CrossFit and was constantly talking about it.

But eventually, Witous, now 30, “got sick of not competing in anything,” so the four-foot-eleven dwarf—meaning he also has a skeletal dysplasia diagnosis—decided to give it a shot.

Fast forward eight years and Witous has his sights set on the CrossFit Games, a goal that just became more realistic when CrossFit LLC announced last month that they “are excited to announce that in 2024, we will be inviting all adaptive divisions to compete at the CrossFit Games Finals, as long as the divisions have enough participation to allow for a competitive field.”

Though it sounds hopeful, Witous isn’t counting his chickens before they hatch because of the caveat relating to having “enough participation,” as the reality is there just aren’t that many dwarves in the world, let alone ones that do CrossFit, said Witous, who has placed third in the Short Stature division for two years in a row.

“It’s hard to replicate the numbers of the other divisions. People wake up out of surgery everyday with a mission limb. Or people become paralyzed everyday…Specifically with my type of dwarfism, one in 40,000 people are born with it and that’s it, so unless you’re born with it you don’t have dwarfism and you won’t have it. So having those same numbers (as the other adaptive divisions) is impossible,” he said.

He added: “They kind of left it for question with the way they worded it, saying that if there are enough numbers, and it’s like, ‘Well, what does that mean?’

This season, only three adaptive divisions are included at the Games: Multi Extremity (previously Neuromuscular), Lower Extremity, and Upper Extremity, while the athletes in the other divisions will only have the chance to compete in the Open.

Beyond the CrossFIt Games

Regardless of whether or not Witous gets the chance to compete at CrossFit Games when they move to Birmingham, AL in 2024, he will not be deterred, as CrossFit is about so much more than competition to him.

“It helps me set an example that people with disabilities can do anything that anyone else can. It’s just, are they willing to work for it a little bit more?” he said.

Specifically, Witous wants others with his condition who “struggle with that fact that they have dwarfism” to see that they can do what anyone else can do.

He knows of some dwarves who have taken pills that promise to make their bones grow, or even undergo invasive surgery to have their bones lengthened, which is “super painful,” Witous said.

Although Witous accepted who he is long ago, he hasn’t gone without challenges due to his condition.

When he was just a young child, he underwent multiple surgeries, including corrective ankle surgery and another one where his bones were cut in half and twisted so they would grow in the right direction, leaving him in casts and unable to walk for a year on two occasions. Still, this didn’t stop him from playing every sport in the book growing up, including Taekwando, wrestling and football.

But his biggest challenge of all has been losing two children, both of whom suffered from complications from dwarfism. His daughters Margot and Bernadette were three months and four days old respectively when they died.

“We got to take them both home, which is more than we thought we would get. Most people don’t get minutes or seconds (with babies who have that condition),” he said.

Witous thanks his parents for raising him to have the confidence to believe he is as capable as people of average height, which has helped him accept who he is and not feel the need to take extreme measures to gain a couple inches, he explained.

“Yeah you can do that. You’re just going to have to work a little bit harder, and a little differently than everyone else to get there,” Witous said of what his mother would say to him when he was a child.

“We don’t give a shit what he has. He’s going to be just like our other kids, and he’s going to do the things he wants,” he said of his family’s attitude.  “And that’s how I have always done it.”

As a result, it felt “normal for me to go against people who were taller and bigger,” he explained.

“I have never seen anything as unattainable. I just knew I could do it.”