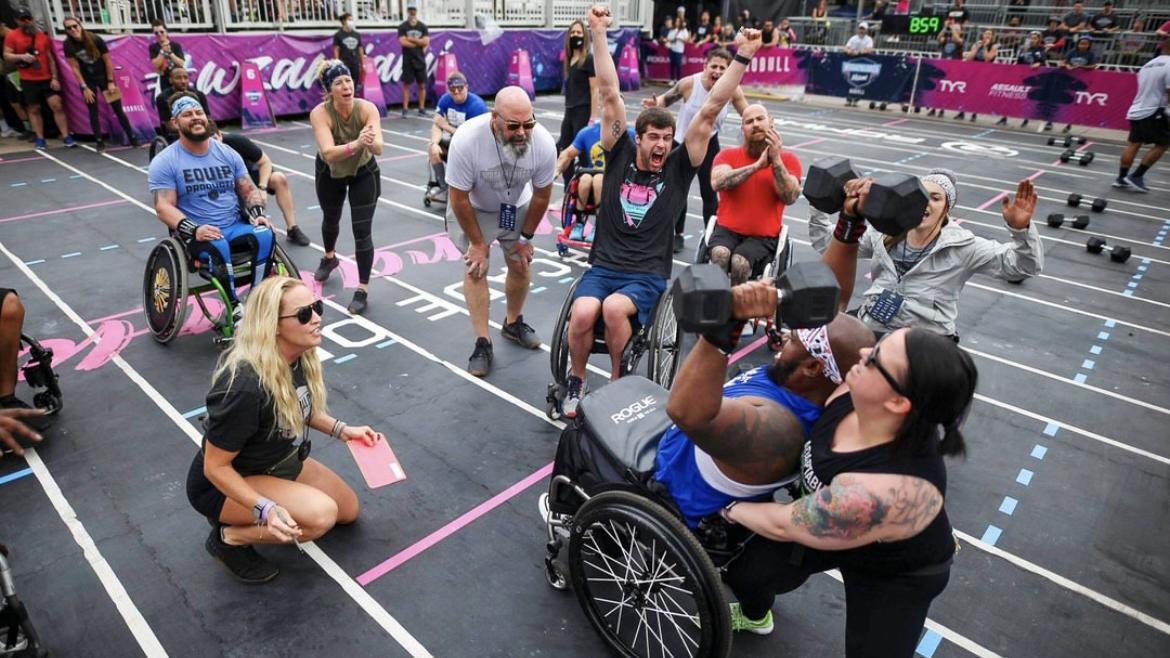 Wodapalooza’s popularity has only seemed to grow over the years, attracting athletes from around the globe who all want a chance to workout under the Miami sun, including adaptive division athletes whose opportunities to compete are limited.

The 2023 TYR Wodapalooza competition, also known as WZA, will kick off later this week and launch what will likely be an epic weekend of fitness. While most of the divisions are quite simple (i.e. individual or team elite, Rx, intermediate) one division that isn’t as clear cut is the adaptive division for able-bodied athletes, which has four classifications. The most in the competition’s history.

Chris Stoutenburg, the founder of adaptive athlete platform WheelWOD, says Wodapalooza contracts WheelWOD to program all of the able-bodied competition workouts. Up until 2015 there was no adaptive division at WZA. Separately, the CrossFit Games has also only recently included adaptive divisions to the pinnacle event of the sport.

“It’s a spotlight for them, it’s not only for them to prove what they can do in training and be part of such a large atmosphere and community,” said Stoutenburg. “The inclusiveness is what always drew me back to Wodapalooza and we continue to work with them because they do want to be fully inclusive.”

Stoutenburg adds, due to these constraints, the competition isn’t “exactly fair” and so there might be modifications to some athletes to level the playing field depending on the division and workout. He says they use a 15% multiplier for both lower and upper divisions when configuring workouts based on the level of the athletes impairment.

This year, WZA is including the most adaptive divisions to date, with the inclusion of Rx and scaled divisions. One Rx women’s athlete looking forward to competing is Amalia Ortuno, based out of Costa Rica.

Nonetheless, Ortuno is looking forward to the competition and spending time with others in the adaptive community.

For those who are able-bodied the adaptive athlete classifications for the 2023 NOBULL CrossFit Open have caused a bit of confusion and differs from the classification process for WZA and WheelWOD competitions.

During the 2021 and 2022 CrossFit Open and Games season any athlete that competed in the adaptive division had to complete a self-assessment and didn’t have to be vetted unless they made a qualifying spot for the Games. But for 2023, there is a much more detailed process that involves medical records and assessments right at the start of the Games season.

Another change that has likely led to the most confusion is CrossFit has added more specific qualifications for the neuromuscular division, which has been reclassified as the Multi Extremity division. This change is due in part because some medical diagnoses bring about impairments that are not always visible or measurable.

“It’s really hard, it’s difficult and I understand where CrossFit has made the change because it’s really difficult when it’s not a visible or very evident impairment that have them compete, but what we’ve done for this, especially for this year’s upcoming season and WheelWOD is we introduced the neural mild division, which would be in between the major and minor divisions,” said Stoutenburg.

Remind me: Alec Zirkenbach, Accessibility and Adaptive Sport Specialist at CrossFit, said in a previous interview, he wants to make it very clear CrossFit does not exclude any specific diagnosis from eligibility and says a “potential misconception” is that a medical diagnosis is the same as an eligible impairment for classification in competition.

“The two are often intertwined, as impairments are typically manifestations of a medical diagnosis. Many adaptive sport classification systems, including CrossFit, are impairment-based, not diagnosis-based. There are only 10 eligible impairments–same as in previous years. A diagnosis alone is insufficient for eligibility,” said Zirkenbach previously.

Separately, Stoutenburg says since WheelWOD is its own company, the classification process for WheelWOD competitions and those he’s asked to program for (like WZA) will differ from CrossFit.