From CrossFit to Acting: Ashley Jerue’s Journey to Movie Role in “Strong Enough” 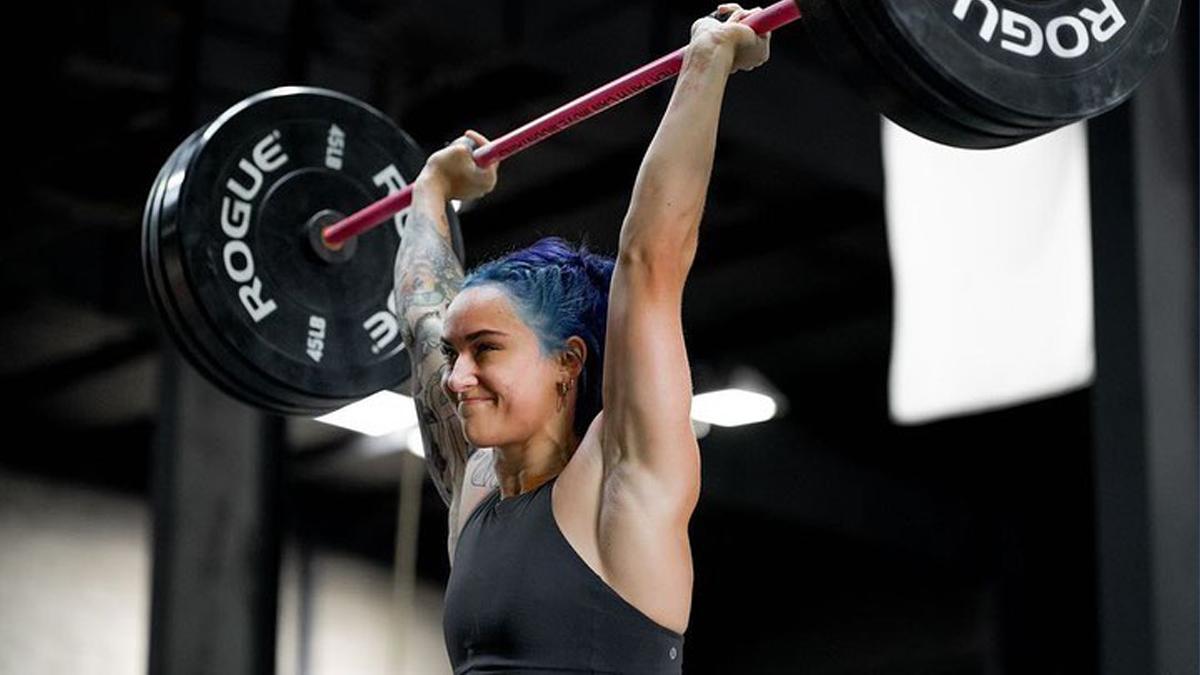 When Ashley Jerue first saw the DM on Instagram, she thought it was a scam.

Two Kaleidoscope Pictures filmmakers were asking if she might be interested in playing the lead role in a film about a CrossFit athlete they were producing.

Jerue had zero acting experience and she “ignored the message for a couple days,” she said.

But curiosity got the best of her, and before she knew it, the 26-year-old CrossFit athlete who almost qualified to Semifinals last season, was putting together audition tapes and getting flown across the country for chemistry testing with the other actors, and then eventually sent to film the movie Strong Enough at Rock Canyon CrossFit in Provo, Utah.

Remind me: Strong Enough was produced by filmmakers John Foss and Russ Kendall and, as of the end of December, the movie has been available on VOD on all streaming platforms.

When casting for their movie, they knew they needed a high-level CrossFit athlete to play the lead character, as part of the role included the actor attempting to break real world records (records that Reebok challenged CrossFit Games athletes to in 2017).

And when Foss and Kendall weren’t satisfied with any of the 1,700 submissions their original casting call generated, they began looking at the top 500 female athletes from the 2020 CrossFit Open leaderboard to find the right woman for the job.

“We looked at every one,” Foss said.

The experience: Once she figured out she wasn’t being scammed, Jerue’s attitude was, “let’s go for it,” she said. “I have always said I’ll try anything once.”

To help prepare her for her first acting experience, Jerue spent a good deal of time with Foss watching movies that “fit the mood and theme” of what they were going for, she explained. She was also given an online course created by actor Natalie Portman about acting, and that was it. She was thrown into the fire.

Jerue, who placed 151st in North America in Quarterfinals last season, said the experience playing Sam in Strong Enough was “surreal,” and that putting herself through the actual grueling tests of fitness during the filming was “the most natural part of the whole thing.”

What helped Jerue with the more foreign acting aspect of the job, she explained, was that the directors let her character Sam be a little like her.

“And they actually tossed a few lines in there, like the fact that she had been doing gymnastics and that she had only been doing CrossFit for a few years. Those are also things that are true to me, but weren’t written into the (script) originally,” she explained.

It also helped that the movie was filmed at an actual gym, where the extras were actual CrossFit athletes, Jerue said.

Though not her “end all, be all,” Jerue would love to qualify to Semifinals this season, and has been receiving coaching and programming from four-time CrossFit Games athlete Emma McQuaid. That being said, she also said she is keeping her expectations low.

As for acting, Jerue isn’t sure whether or not it will play a role in her future, but she’s incredibly appreciative of the experience, an experience that never would have come her way had it not been for her involvement in CrossFit.

She added: “How many people can say that they have done something like that?”