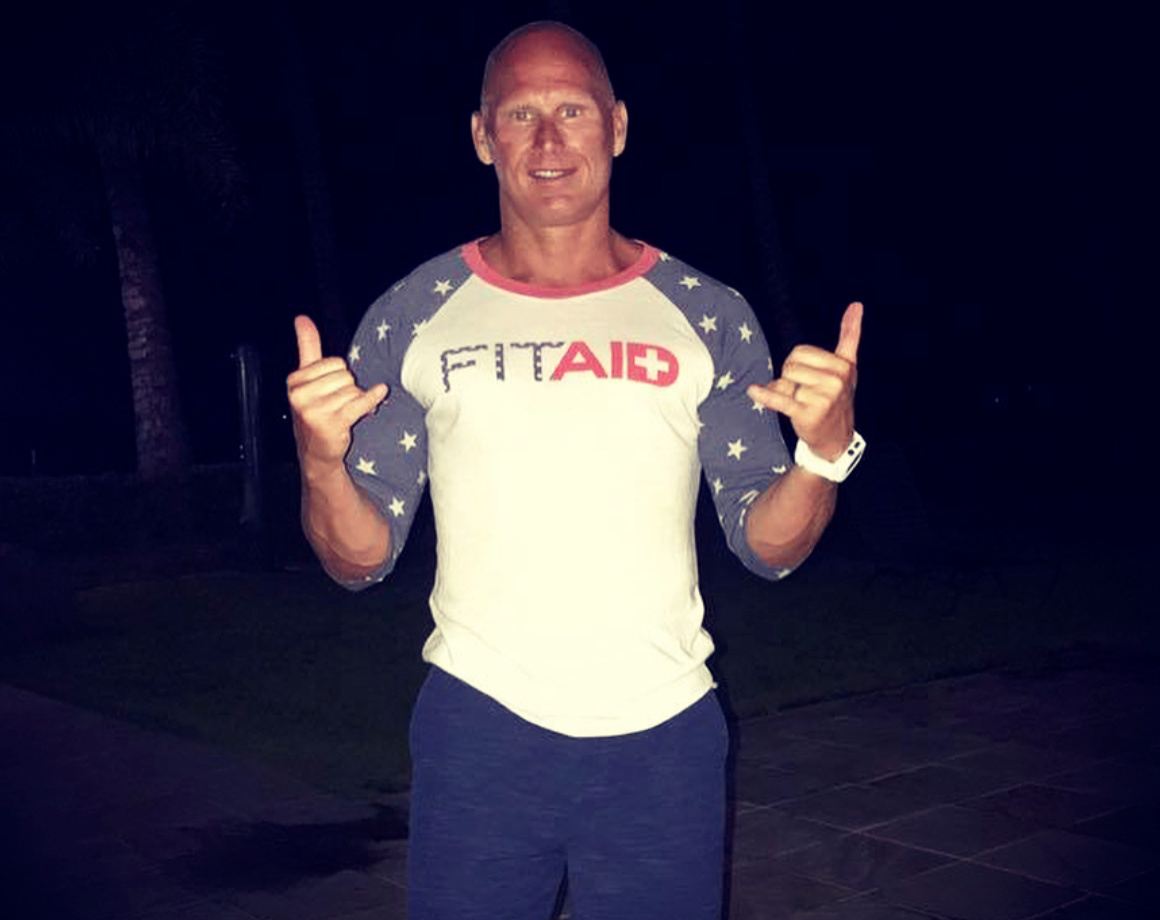 Cameron Bucek first dropped in to CrossFit Vibe in Costa Mesa in 2013. Bucek travels the country as an instructor training firefighters, military, and SWAT after 15 years as a firefighter himself. And wherever he went, he made sure to stop by the local box to get a workout in.

With his “there’s no excuse not to take care of your body while traveling” attitude drop-ins sorta became his thing and now he’s know as the CrossFit Nomad. He’d hang out after hours, play flag football, and get local food recommendations to tiny hole in the wall restaurants. Win, win.

But in 2014, Bucek was at the OC Throwdown and approached the FITAID booth to ask if he could help spread the word about FITAID, since he was already traveling to so many CrossFit boxes.

At that point he already had almost 200 drop-ins, so FITAID made him an ambassador and the CrossFit Nomad project became an actual thing. Bucek started to document “The Road to 500” as he dropped-in to boxes from New Hampshire to California every week.

“It’s super rewarding to see people progress in tiny gyms all over the country. You’ll drop in once or twice and just happen to be there when they finally get a handstand walk or a pistol.”

The CrossFit Nomad will drop into his 500th gym today, and he’s chosen to return to CrossFit Vibe for it.

Totally. But milestone drop-in or not, he sees no end in sight.

“I’ll keep going until I can’t go anymore. I want to be an inspiration to the young ones. This is what longevity looks like! And I’m still inspired by the Master’s I see out there. Like Jack, who is 76-years-old in Florida and he is straight jacked.”

CrossFit Vibe in Costa Mesa is hosting The CrossFit Nomad WOD. Bucek goes up at 5:20 with Jason Carroll to complete a WOD of 500 movements for time, then he’ll move on to his next drop-in. 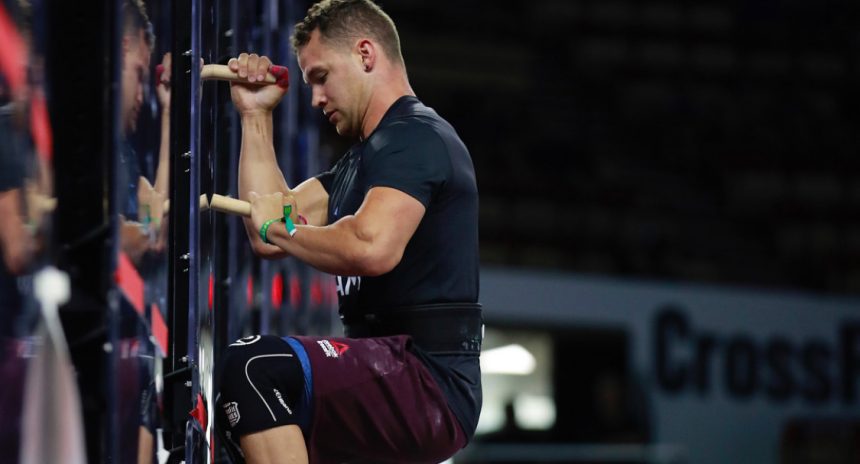