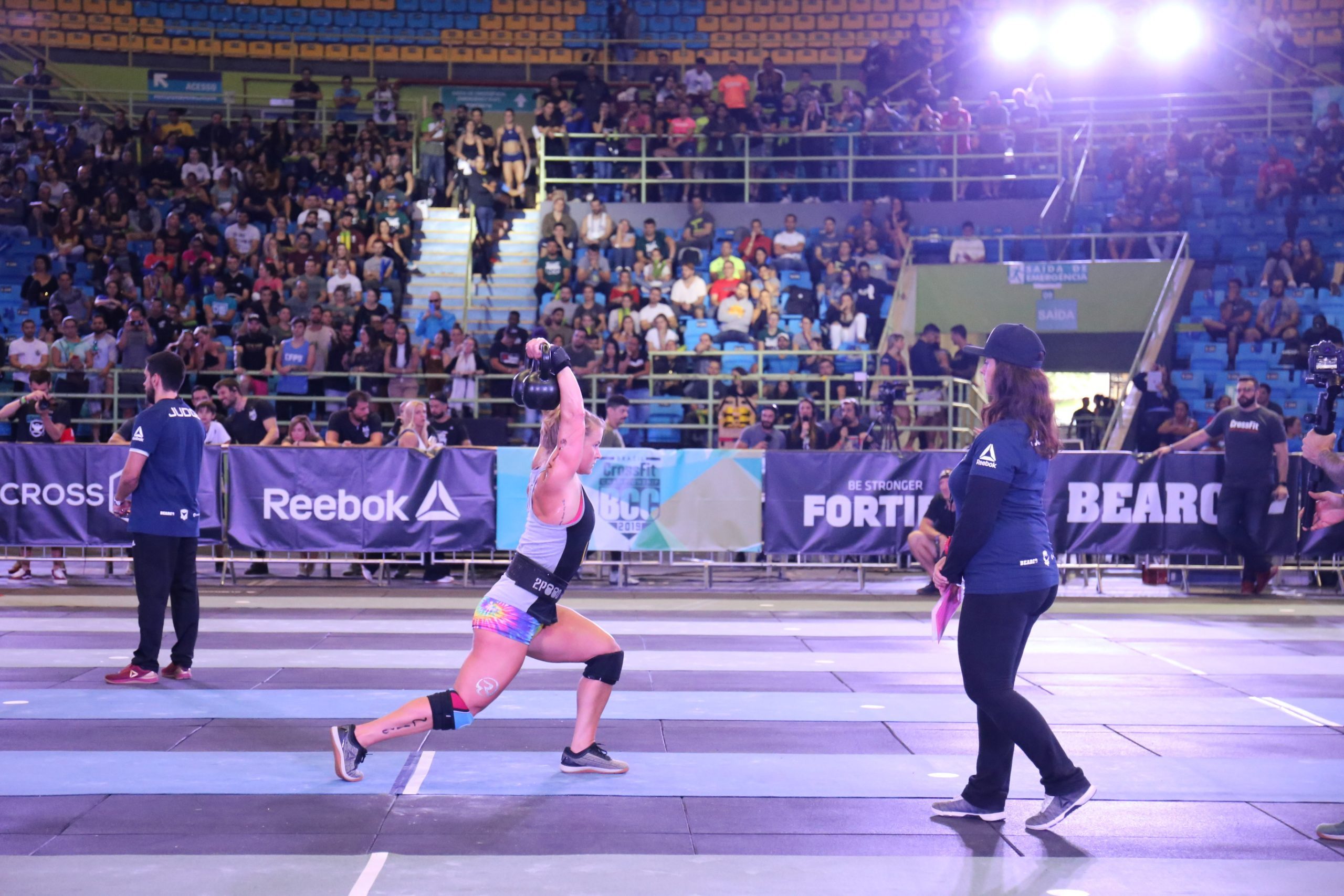 Going into the final event of the Brazil CrossFit Championship only 14 points separated the top two male athletes, Will Moorad and Saxon Panchik.

For the women, the race for the Games invite was even tighter; a two-point margin stood between Paige Semenza and Cecilia Rodriguez Villamil.

For both men and women, the final event presented the perfect opportunity to test how much an athlete was willing to suffer to win.

Paige Semenza: “I was nervous I wanted to throw-up in the back. I saw the leaderboard and it was two points. Talk about being on the bubble.”

How it played out: Event 7 was a single-elimination event with only the top eight athletes.

How it was scored: Event scoring followed the same format as the rest of the competition. Because only the top eight athletes took the floor, essentially the worst you can do is 8th, which amounts to 68 points.

There has never been an elimination workout like this in an official CrossFit event. The closest thing would be “Last Man Standing” at the Reykjavik CrossFit Championship or the speed clean and jerk ladder from the CrossFit Games.

For the fans, the idea of an elimination round and the races to the finish brought spectators to their feet.

The backstory: Event director Jobst Olschewski told us that he first introduced the idea during the 2011 Fittest in Cape Town, which Olschewski also started. It paired a ladder of thrusters and burpees. The format appeared again in 2012 and 2013 with different variations.

According to Olschewski, “Besides testing fitness, the BCC should be a fun event for both athletes and spectators and I hope this event managed to achieve this to bring home the weekend. Besides the potential for drama, we manage to test all out capacity in short duration, capacity to recover, and mental fortitude.”