How to Watch 20.4 + Expert Predictions 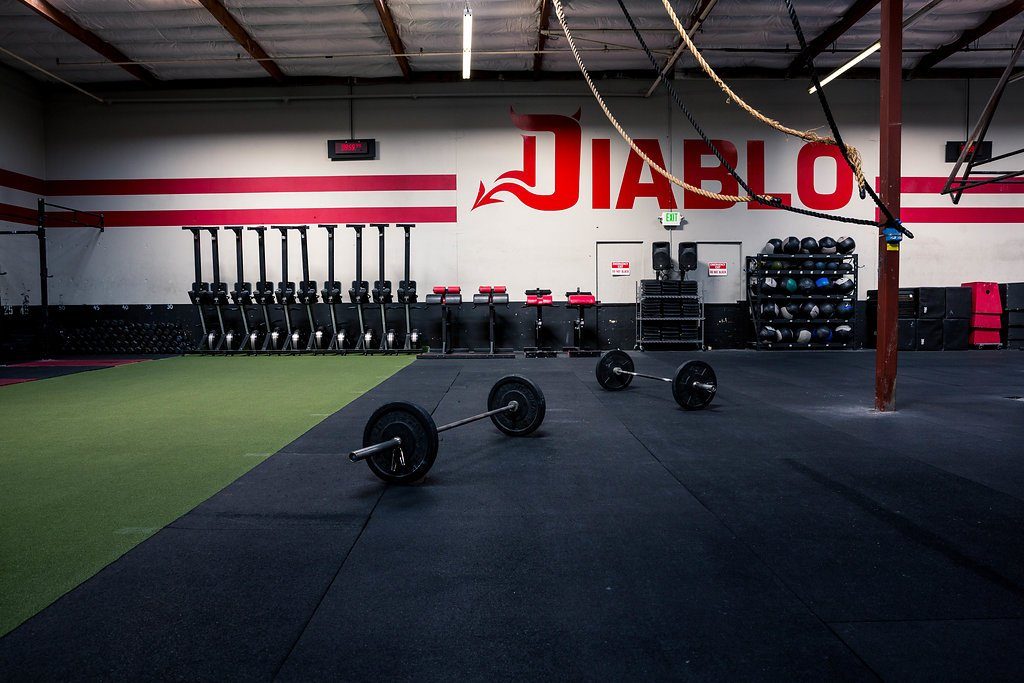 At the median point of the Open we finally got our repeat. Dave Castro continued the trend of breaking new ground in the Open by selecting a repeat workout and having it show up in a different week than it was originally programmed. Castro announced unceremoniously on his Instagram that 20.3=18.4, and the CrossFit world immediately turned their attention to the workout standards and the return of a controversial handstand pushup standard.

On Halloween night the show returns to North America this week as a trio of Games veterans on the men’s side throwdown in California, while the Italian Showdown steps up to the plate to host their first Open announcement this season. For the second time this Open, Brazil will host an announcement with a two-part matchup made entirely of homegrown talent. After going 0-4 in week 1, editor-in-chief Justin LoFranco has been perfect in his predictions, going 5-0 the last two weeks to rally in epic fashion.

This pick could not be any more challenging. Each athlete represents vastly different competition styles that it almost depends on the type of workout we see. For Jason Carroll, this is his first time doing a live Open announcement. And while Smith’s experience makes him a safe choice, I’m still not seeing that killer instinct. Sweeney on the other hand, is having a career-best Open performance and he thrives on live environments. He thrived in the early capacity tests and his 5th place 20.3 (as of writing) time of 6:42 will likely maintain a very high spot on the leaderboard as other athletes’ scores trickle in.

While I like thinking that Sweeney continues a white-hot Open performance and Smith puts on a standard Ben Smith showing, I’m going to go with Carroll for a couple reasons.  First, I think he’s in a position where if he’s going to qualify through the Open it’s time to make a big move with only two weeks remaining (at the time of this writing he sits in 57th, 30 spots outside the cutline).  Second, I have a feeling 20.4 will feature a chipper, something that bodes well for him as he was 2nd in the world in CrossFit’s version of “Can You Count to Schfifty-Five” (17.4), an event that featured elements I feel will appear this week as well.

First off, I love that we all have different picks, and I think it points to the sheer level of fitness presented by these three. Truth is I can see a situation, given the workouts remaining on the board, where each one of them wins. I believe that Ben Smith is starting to get back to being the version we’re used to seeing towards the top of leaderboard, after knee surgery last year put a bit of a damper on his season. I like a chipper this week, maybe with some lunges or wall balls, and some ring muscle-ups. Smith’s also on the cusp of being in a qualifying position, so there’s a ton on the line for him these next two weeks. Smith gives us a treat on Halloween.

The interesting thing about this match-up is that Carosso has squarely beaten Ricottini in each of the past two workouts (Carosso’s 20.3 score has not posted yet), but Ricottini is tied for first in the Italian national champion race and Carosso will likely be around the top 6 depending on how his 20.3 score shakes out. Regardless, I think Carosso is currently the stronger and fitter athlete who demonstrated that over the past two workouts but also in last year’s Italian Sanctional where he placed fifth behind a strong lineup of Roman Khrennikov, Scott Panchik, Noah Ohlsen and Lukas Esslinger.

Unlike last week when going with the ladies in the “Battle of the Sexes” style events, this time around I’m going to go with Carosso.  While I’m impressed with the early talent for Ricottini, I just don’t see an event that will come out that gives her the edge in this one.  If I’m right in it being a chipper, I see a comparative strength and engine advantage for Carosso, which will make it a difficult task for the upstart Ricottini.  Either way, expect both to be a local favorite at the Italian Showdown.

From a numbers standpoint, this one is fairly straightforward. Carosso has had better performances in the Open workouts thus far, performed better in live competition at the Italian Showdown, and outperformed Ricottini in the Open last season which still was only 7 months ago. Carosso is also back in the hunt for a Games spot as the Italy national champion so he’s got significantly more at stake in this matchup. Ricottini has shown improvement in this year’s Open but still isn’t quite at Carosso’s level.

These two are ones I wish I had more data on. Francisco Javier would normally be the safer bet as a three-time Regional athlete, but last year his score tanked from 18th in 2018 to 5181st. Either he was injured or didn’t submit a score for some reason. Caetano doesn’t have much of a resume either an also dropped from 23rd in 2018 to 1078th in 2019. I’m going with the younger athlete who didn’t drop off quite as far last season. He posted a 3rd and 11th in Brazil in the first two WODs.

Dotto and Mencari are neck and neck on the Brazilian leaderboard. Dotto’s competitive record is a little light and I’m betting that her lack of exposure will ultimately lead to a poorer performance on the big night. Mencari has steadily crept up the Brazilian leaderboard from 19th to 10th to 9th last season and I think the wind is moving in her direction.

Weekly I’ve had a “toughest one to pick yet” moment, but this is the first time it’s really for a lack of reference material.  When all else fails, go with the recent track record, and that record belongs to Caetano who has put out a trio of strong performances to kick off his 2020 season in the Open.  If it gets heavy or the pull-up bar comes into play I also like his ability with both (a 355-pound listed clean and jerk along with a max pull-up of 74 are both legitimate numbers).

In the women’s match-up I’m going to continue my run with the chipper being a theme this week and I feel that if this gets a bit longer I’m liking Mencari’s odds after being two rounds better than Dotto in 20.2.

For the men’s matchup I’m going with youth, and investment as the key factors. Caetano, at 21-years old, is a former teenage competitor who nearly qualified for the Games as a 17-year-old. He’s currently in 3rd overall in Brazil and has two finishes so far in the top 3 in his country. “Chiquinho” on the other hand, isn’t signed up for the Open this year, and didn’t finish the Open last year. He’s displayed some serious fitness in local competitions around Brazil but this announcement stands as a potential coming out party for Vitor as a top contender in Brazil.

The women’s matchup is a tough call. Neither is in serious contention for the top spot in Brazil but both are side by side on the national leaderboard after trading head-to-head wins each week with Dotto having the edge 2-1. What it comes down to for me is length of the workout. In the two 10ish minute workouts, Dotto has had the edge, while Mencari was far and away better on the longer 20 minutes workout. I think things might go a little longer this week, so I’m going with Mencari. 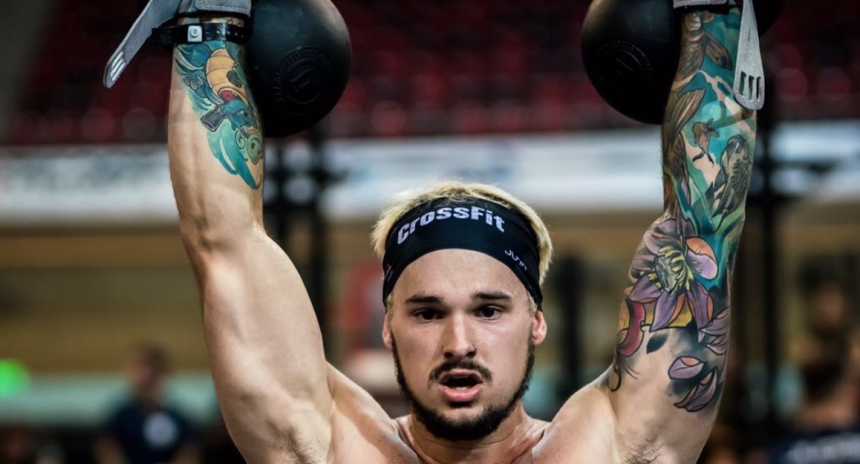 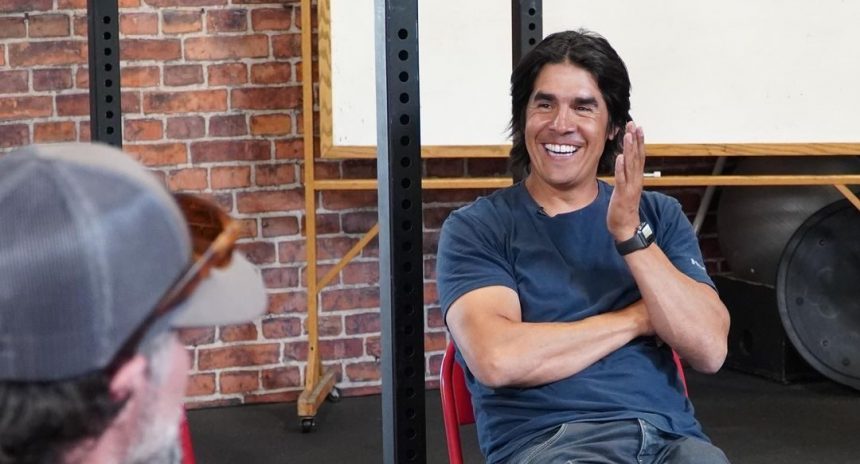