Loud And Live Brings The Green 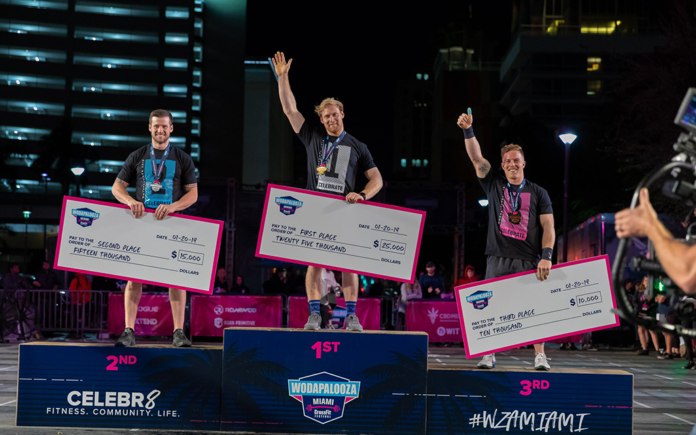 Over the December break, while most of the CrossFit world was recovering from an overload of holiday cheer, the Granite Games announced details regarding their prize payouts for the individual and team of 4 divisions this season.

The breakdown: Wodapalooza leads the way with the biggest purse of the bunch, but new to this season is the top team prize for the Madrid CrossFit Championship which stands at $100,000 – by far the largest of any Sanctional and equal to the CrossFit Games team champions prize.

President of Loud And Live Sports Matt O’keefe: “We want to provide greater revenue generating opportunities for the athletes of our sport. In the process, we are striving to develop the platforms for athletes to showcase their talent and brands, many of which provide them an opportunity to earn. Simultaneously we’re providing platforms to brands and enthusiasts to interact and express themselves. We feel this approach expands on what the CrossFit Games has built; growth and support for the entire ecosystem.”

Why this matters: Reebok’s title sponsorship of the Games ends after this season and questions remain about the effect it will have on the more than three million dollars that make up the Games prize purse that Reebok covers as part of the deal.

Athletes are the lifeblood of this new system, the success of which depends on both the ability of the athletes to make a decent living, and independent Sanctionals to attract athletes to stay afloat. Investments by Sanctionals in significant prize purses check both those boxes, and fans of the sport are rewarded with deeper athlete fields and more of their favorites competing.

Invested interest: Loud And Live Sports now operates four of the top six events in terms of prize purses (Dubai and Rogue are the other two), and has established itself as a leader in the marketplace for athletes looking for quality competition and compensation.

The total prize purse investment by Loud And Live Sports may not fully replace the Games, but a 1.28 million dollar combined purse is significant enough to provide athletes alternative options for financial sustainability in a sporting environment that has largely been in flux for the past 18 months. The professional athletes of our sport deserve professionalism on all levels, and investments like this are a major step in the right direction.