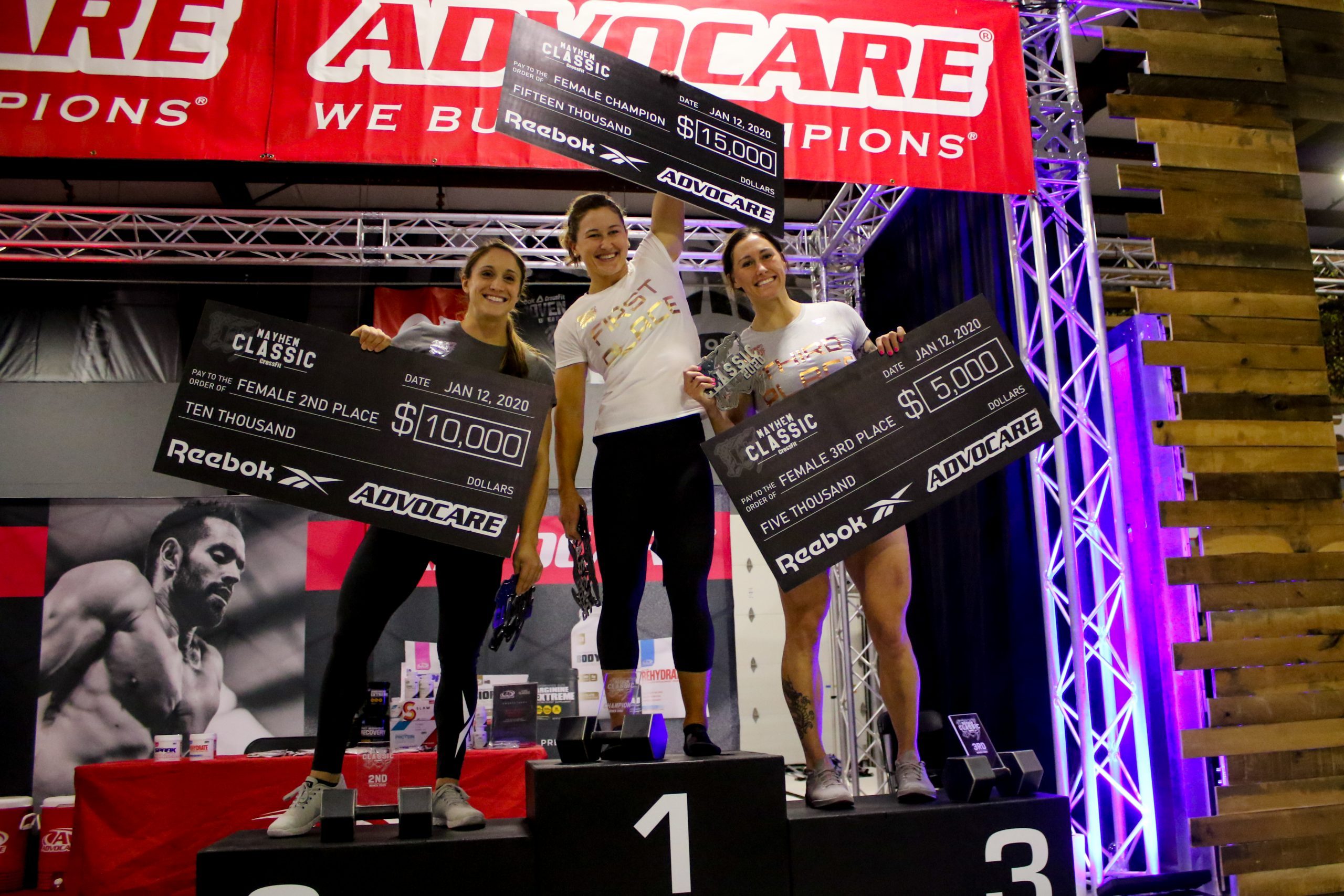 Competition came to a close at the CrossFit Mayhem Classic on Sunday evening, crowning two familiar names as champions and awarding two other athletes invitations to the 2020 CrossFit Games. For three days, all eyes of the CrossFit community were on Cookeville, TN and the first Sanctional of the calendar year did not disappoint.

The reigning, defending and three-time Fittest Woman on Earth dominated the competition from start to finish. Tia-Clair Toomey looked in peak form as she won six of the seven events including the final four, finishing with 695 out of a possible 700 points and marking her third career Sanctional victory. With her Games invitation secured as national champion of Australia, the Mayhem Games berth was up for grabs.

Toomey talks about how she values the experience more than the win in her competition wrap-up interview with reporter Niki Brazier.

Chandler Smith picked up his first Sanctional victory and goes back to Fort Knox, Kentucky  $15,000 richer. Despite holding the lead going into the final day, the field made him work for it. He held a ten-point lead over Luke Schafer going into the final event. Needing to finish one spot ahead to secure the title, he won the last heat of the competition just ahead of Schafer.

Listen to Smith talk about his goals and how the victory changes his plans.

Niki Brazier recaps the final day of competition from Cookeville. Subscribe to the Morning Chalk Up YouTube Channel and get alerts for all the latest news, interviews and stories in the CrossFit community.