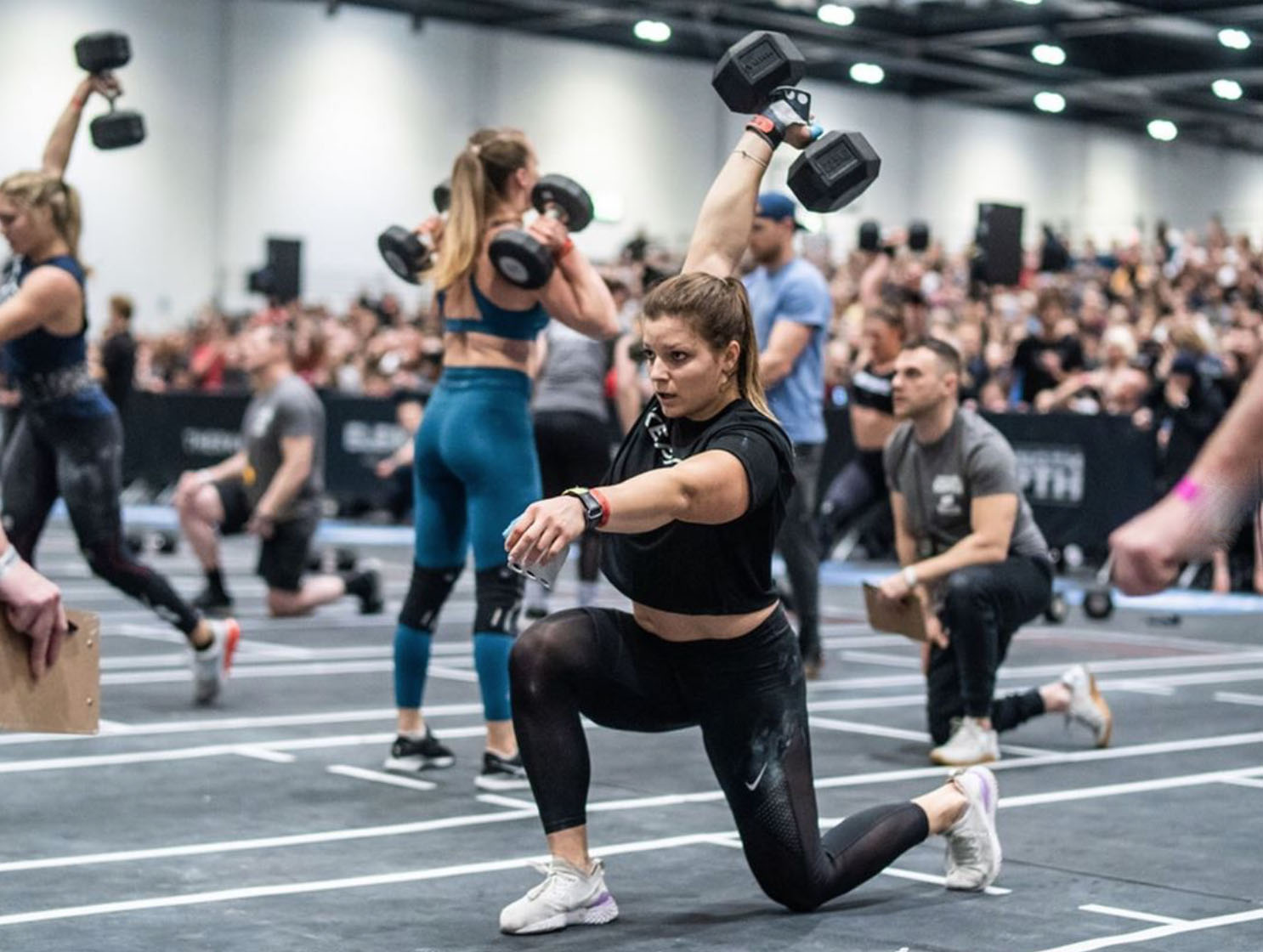 All eyes were on the leaderboard across the elite divisions through day two of the CrossFit Strength in Depth Sanctional on Saturday. By the end of the evening, familiar names sat atop the board and the battle for the 2020 Games invitations heated up, setting in motion what should be a dramatic final day of competition at the sold-out NOCCO Arena on Sunday.

Team Division: CrossFit Mayhem Freedom started the day in fourth place, 42 points out of the lead, and ended the evening with an eight-point lead over upstart Team WHEY’D. Four-straight event wins, including a sweep of all three on Saturday, put the rest of the field on notice that they are still the two-time defending Fittest Team on Earth.

Women’s Division: Much like the team leaderboard, the women’s side saw a drastic change, as the leader heading into the day could not hold. Laura Horvath put in a stellar performance throughout the day to overtake Haley Adams, the day one leader. Horvath, the 2018 games runner-up, swept all three events on Saturday to give herself a 13-point lead over Gabriela Migala. Adams dropped to third place, 27 points out of first.

Men’s Division: Mathew Fraser will remember his 30th birthday as one where he once again showed how he has dominated the sport for the last four years. After losing points to leader Lukas Hӧgberg in the regatta row with a seventh-place finish, Fraser dominated inside the NOCCO Arena, winning event four and five, ending Saturday with a 67 point lead over Hӧgberg. Fraser heads into the final day of competition looking for his third career Sanctional title in as many attempts.

On tap for the final day: Two events are scheduled for Sunday for all divisions. A common Sanctional movement, the legless rope climb, is on deck for the teams in event 6, and then they will tackle an event that features assault bike and rowing for 30 calories, 30 worm burpees and finally 30 worm thrusters. The individuals will see traditional rope climbs, handstand walks and a heavy yoke carry in event six. The competition ends with a 21-15-9 triplet of ski cals, bar-facing burpees and heavy overhead squats.

Check back with the Morning Chalk Up for daily updates, recaps and analysis. You can follow our coverage on the Strength in Depth Sactional page.