After dealing with four ovarian cysts bursting in just a few months, it was more clear than ever to 45-year-old Saralyn Wolf that her hormones were out of whack.

So, in September, 2019, she started taking the pill. Less than six weeks later, she had a week of “the worst headaches of my life,” said Wolf, a CrossFit athlete since 2009 and the former owner of three affiliates in the Orange County, CA area.

Wolf went to the hospital, where she had a CT scan and was told she was fine. But the next day, she knew she wasn’t fine when she started experiencing a burning sensation all over her body, and her motor skills were visibly impaired.

An MRI showed she had a large blood clot in her brain, which had caused a stroke.

The Research Begins: When she was released from the hospital, Wolf became determined to get to the bottom of why she ended up with a blood clot in her brain. She was fit and healthy, and to her knowledge, didn’t have any blood clotting risk factors. So she began researching the topic and soon came up with a theory that it probably had something to do with the pill, combined with DHEA and the other supplements she was taking.

Women in their 40s on the pill are known to have an increased chance of blood clots, so in this sense Wolf believes she created “the perfect storm for myself,” she said.

Wolf’s Recovery: Since her two strokes less than a year ago, Wolf has made great strides. The moment she was released from the hospital, she committed herself to physical therapy and quickly got back to the gym.

Though she still can’t do what she used to be able to do — she finally added weight on the bar during her back squat last week — and still must avoid impact exercises, she is making progress each week, she explained.

Wolf credits her quick progress to 11 years of CrossFit. And although Wolf still isn’t totally out of the woods, as the blood clot is still there and hasn’t totally dissolved yet, she feels like herself again and is in a much better position than she would have been without CrossFit. Her doctors agree. 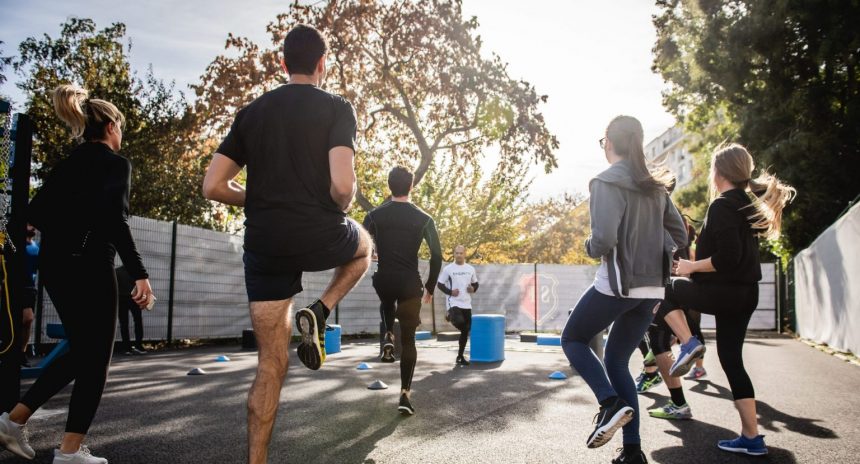