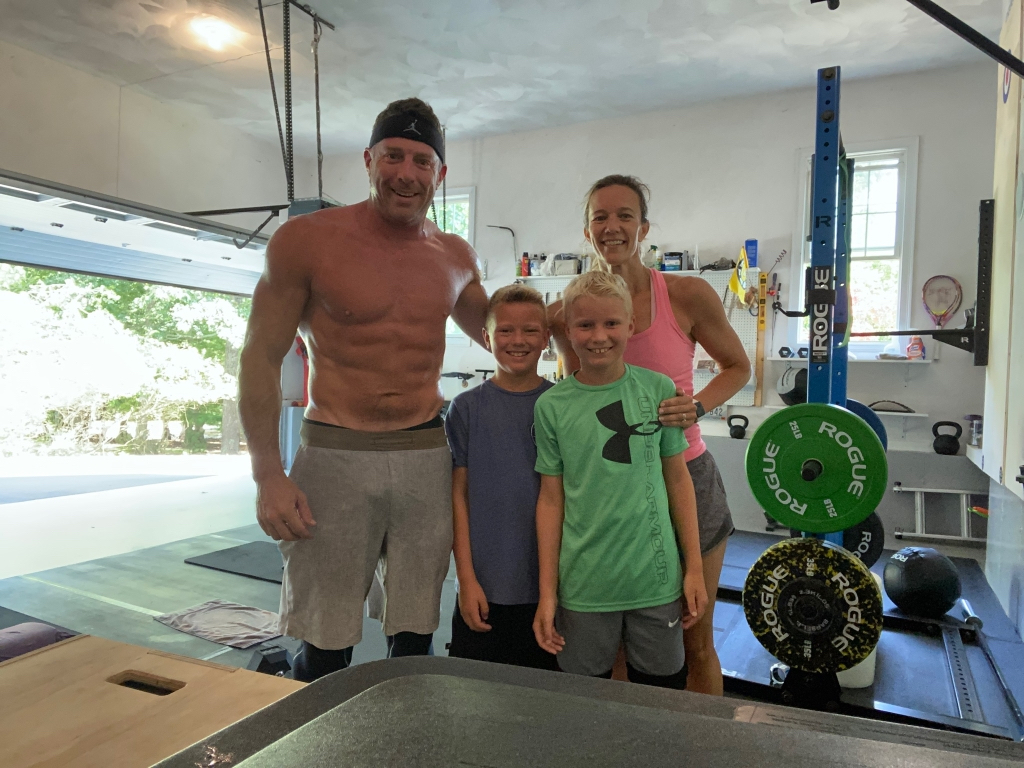 Ken Walsh hit rock bottom in 2012. One day soon CrossFit would help him turn his life around and he’d have a new mission, speaking to high school students about addiction, mental health, trauma and fitness. But today wasn’t that day.

What hit Walsh the hardest was the fact that his father had passed away with a lot of regrets.

In hindsight, he knows substance abuse was his way of coping with “the trauma and emotions” that stemmed from his home life.

Meanwhile, one of Walsh’s older sisters — whom he was very close with and had taken on a motherly role in his life — had become addicted to heroin and eventually shot and killed herself.

Again, Walsh coped by turning to drugs and alcohol. But when his father died in 2012, something triggered inside of him.

He had heard about CrossFit and was interested in trying, but he felt too overweight and unhealthy to join a CrossFit gym. Instead, Walsh started dieting and running five or six days a week and within a year-and-a-half, he had lost 50 pounds. Though healthier, he continued to lie to himself that he could continue to be a social drinker, he explained.

To make matters worse Walsh, who also battles anxiety and depression, was diagnosed as bipolar.

After a year of dieting and running and losing weight, all the while continuing to binge with drugs and alcohol, Walsh decided it was time to try CrossFit. He joined Resilience CrossFit in Hopkinton, MA in 2014.

More than anything, though, CrossFit made him want to be healthier.

Becoming healthier and fitter also helped Walsh accept that he needed to stop fooling himself that he could continue to be a social drinker and drug user.

Today, Walsh has been totally sober for more than two years, and he works out seven days a week at Post Road CrossFit in North Kingstown, R.I., where he lives with his wife and two kids.

On the side, he devotes time to sharing his story by speaking at local high schools, where he talks about trauma, mental illness, his battle with alcohol and drugs and the importance of fitness for those with substance abuse and mental illness. His goal is to help the youth of today by providing them tools to better cope with trauma, mental illness and addiction.

His message: “I think people need to see someone that looks like me — someone who is fit and in shape and has their life together — can still be an addict, and that recovery is possible,” he said.