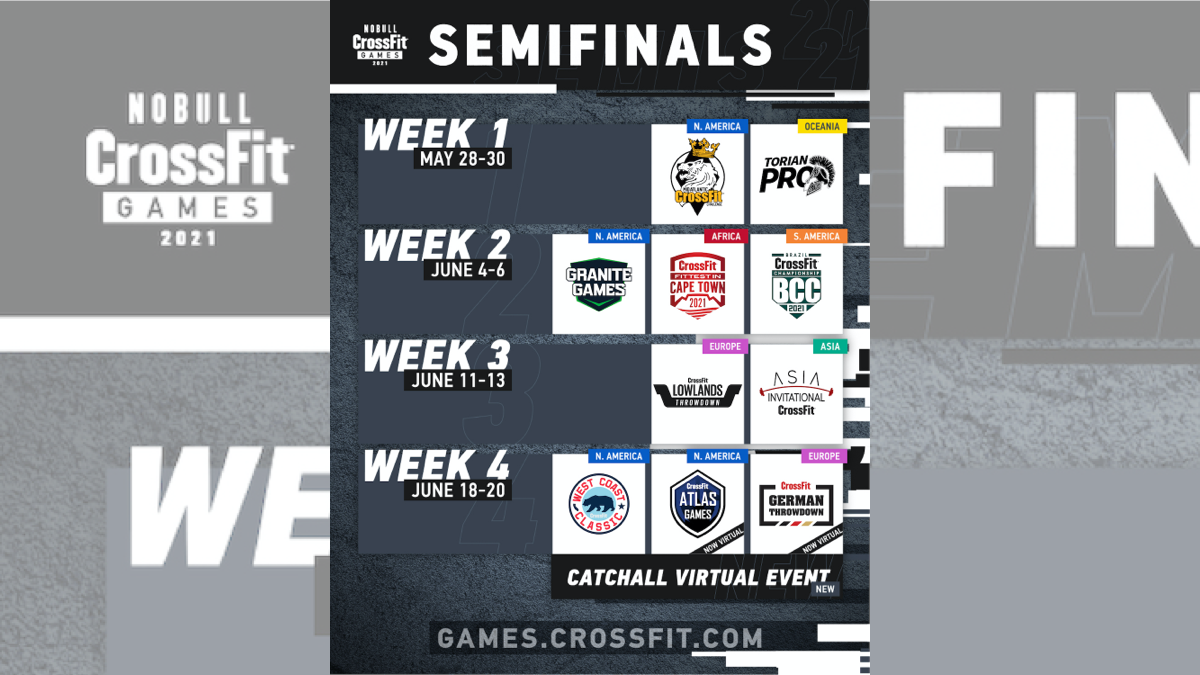 On Wednesday, the CrossFit Games announced that due to COVID-related travel restrictions and potential regulations surrounding live sporting events and other large gatherings, the Atlas Games and the German Throwdown would transition to virtual events hosted by CrossFit.

CrossFit also announced the addition of a Catchall Virtual Semifinal, which will take place in Week Four (June 18-20). This is event will allow athletes who are unable to travel to their assigned Semifinal due to COVID restrictions a chance to compete prior to the Last-Chance Qualifier.

Remind me: The Atlas Games and the German Throwdown are two of the ten (now 11) Semifinals scheduled to take place in the 2021 season.

Worth noting: The inclusion of a new Catchall Virtual Semifinal corrects a deficiency in the original 2021 CrossFit Games season rulebook. Initially, if an athlete was unable to compete in their assigned Semifinal, they would automatically move to the Last-Chance Qualifier. In doing so though, they would only have one chance to advance to the Games while other athletes not facing such restrictions would have two chances between their assigned Semifinal and the Last-Chance Qualifier.

From the announcement: “CrossFit is actively monitoring evolving conditions around the COVID-19 pandemic in local markets hosting Semifinal events, including local health and event guidelines, and working closely with Semifinal organizers to address local circumstances.”

The bottom line: While the addition of the Catchall Virtual Semifinal presumably helps to even the playing field for athletes who previously would’ve had only one shot through the Last-Chance Qualifier, however, some questions remain. And, that some events are already moving online is reminiscent of the tumultuous 2020 season. A series of events that no one wants to repeat.