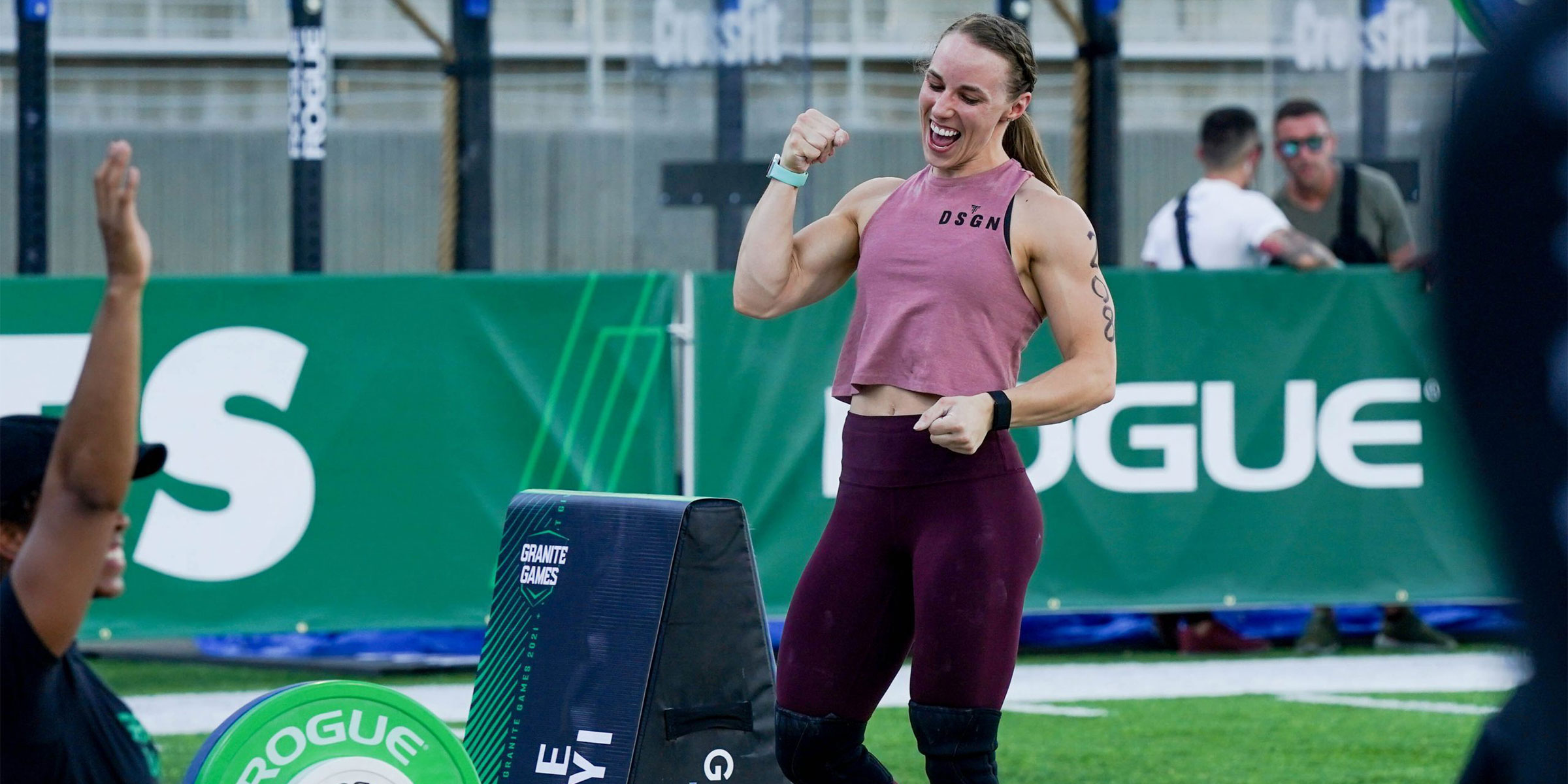 The third and final day of The Granite Games came to an end on Sunday afternoon, sending five athletes from each individual division to the 2021 NOBULL CrossFit Games. Nicole Mghenyi entered the afternoon with the opportunity to reach Madison, barely missing the cutoff spot in the final event. However, she walks away with a spot in the Last Chance Qualifier.

Remind me: A former member of OC3 Black, Mghenyi reached the CrossFit Games in 2019. The team finished fourth overall on the strength of six top-five finishes, including second in the BIg Chipper. Now Mghenyi is competing as an individual while working as a registered nurse.

Mghenyi teased some of her abilities during the Individual Quarterfinals, lifting 242 pounds on the four-rep front squat event. However, she kicked off The Granite Games by lifting the most weight as an individual during Flashback Snatch. Mghenyi easily snatched 215 pounds and put herself on the top spot on the leaderboard, albeit temporarily.

The full-time registered nurse continued to perform during the first day of competition. She finished ninth overall during the Thruster Run 3.0 and left TCO Stadium second in points behind Alessandra Pichelli.

Mghenyi did not win any events during Saturday’s schedule while Mallory O’Brien went back-to-back. However, she finished top-10 during both So Close But So Far Away and Earn It, increasing her chances of making the CrossFit Games for the very first time as an individual.

Mghenyi ended the second day of The Granite Games within striking distance of a top-three finish. She was fourth in points and comfortably ahead of the cutoff line. All she needed to do was finish out the final three events near the front of the pack and secure her spot.

The final day of The Granite Games started out poorly for Mghenyi. She finished Back to Back 1 19th after hitting the time cap with only six reps remaining. She came back and took 13th in Back to Back 2 while Arielle Loewen won both events. Mghenyi dropped to sixth after the first two events but remained within one point of the final spot.

With one final opportunity to reach the CrossFit Games, Mghenyi headed out onto the competition floor for Hang On. Her objective was to outrace her opponents and beat the time cap while leapfrogging Caroline Conners, who remained in fifth place.

Mghenyi kept pace with the other women in her during the 20-calorie row and the rope climbs. She continued pushing during the devil’s presses and even reached the lunge before some of her peers. The situation ultimately changed when she had multiple no-reps on the 15-yard lunge. The missteps opened up opportunities for Conners and other athletes to move ahead of her.

The bottom line: Mghenyi did not reach the 2021 NOBULL CrossFit Games in Eagan after a 14th-place finish on the final event, but her journey is not over. She still has another opportunity to punch her ticket to Madison. The Last Chance Qualifiers will take place June 28, 2021 through July 4, 2021. This competition will take place completely online like the Individual Quarterfinals.

Jul 12 by Morning Chalk Up
More About Nicole Mghenyi