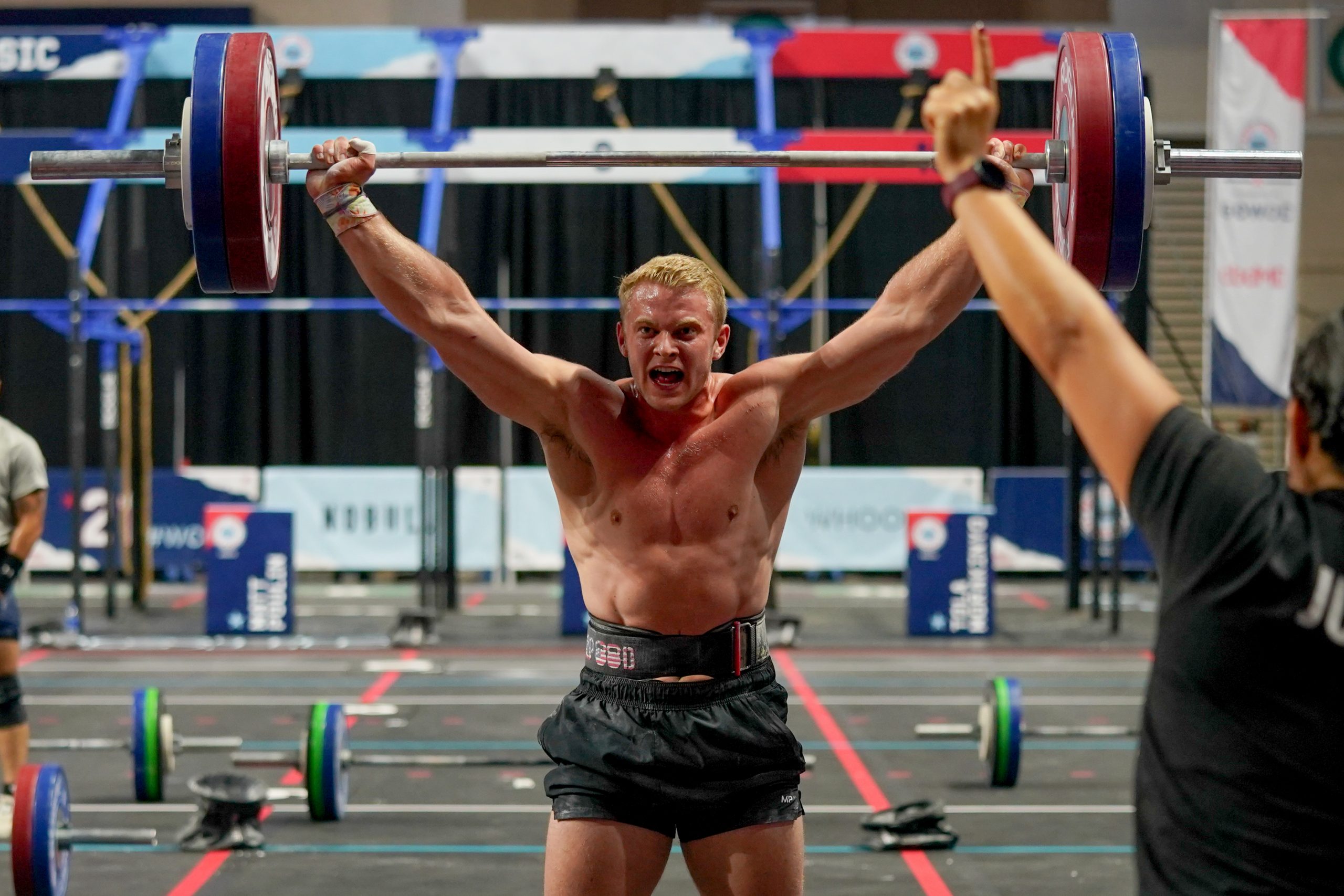 In typical West Coast fashion, there was plenty to get excited about on day one at the West Coast Classic. We may not be in Del Mar this year, but the Orleans Arena in Las Vegas has that very distinct feel of a West Coast Regional; and it’s a good feeling indeed. Men, women, and teams all took on two throwback workouts today to get this “History Relived” weekend started at the final live Semifinal event of the 2021 Season.

Women: All eyes were on the hometown trio of Kari Pearce, Danielle Brandon, and Bethany Shadburne coming into the day and they did not disappoint.

Rounding out the top five is three-time individual Games athlete Regan Huckaby, making it a solid group of Games vets holding down all the Games qualifying spots in the women’s division.

A few Games hopefuls in Kelly Stone and Kloie Wilson, and former West Coast Regional champion Lauren Fisher sit sixth through eighth and will be looking to make a move into the top five tomorrow.

Men: Similarly to the women, the big names heading into the weekend had a great first day. Cole Sager sits second, Sean Sweeney is in third, Noah Ohlsen is fourth, and Will Moorad is fifth… but ahead of all of them is nineteen year old, three-time teenage Games champion Dallin Pepper. Back-to-back second place finishes on a heavy lifting event and a high skill power output test is a very impressive first day of competition that will certainly have the veterans attention with two days of competition remaining.

Nothing will be easy for the men this weekend though. Event one winner Tola Morakinyo is four points out of the final Games spot. Four points behind him is two-time Games athlete Alec Smith. And behind them are several other Games hopefuls including Training Think Tank’s Kyle Bernier, Underdog Athletic’s Matt Dlugos, and relative unknown Brian Huynh who finished fourth on workout two.

Teams: Just like the odds in Vegas, the team competition at the West Coast Classic kicked off this weekend with a shuffling of the deck. After one day of competition, the seventh seeded team, Backcountry Black sits in first place overall, while the eighth seeded team sits in third.

Event 1: This throwback to a relay style workout from the CrossFit Invitational in 2015 gave teams the chance to showcase their talent individually in a couplet of thrusters and rope climbs. A couple of teams in the final heat got off to fast starts, while others seemed to get better with each athlete. When the final male athlete got to work, several teams were within a few reps. Ultimately, Invictus Unconquerable’s final male athlete separated from the field on the legeless rope climbs to claim the first event victory of the weekend. Close behind them were Backcountry Black, Invictus, and Team Man Made who all finished within ten seconds of each other.

Event 2: Another nasty couplet, this time of worm squats and synchronized burpees capped off a pretty intense first day of competition for teams. Once again the final heat was incredibly tight entering the final round. Invictus took the lead into the last set of thirty burpees, but Backcountry Black and Ohio Brutes weren’t far behind. Both teams chipped away at the deficit and past Invictus. This time Backcountry got the event win, while the Ohio Brutes took second, and Invictus held on for a third place finish.

Going into day 2: Day two, largely known as moving day will be a big day for all three divisions out here at the West Coast Classic. Not only have the finishes been incredibly close so far, but three hundred of the seven hundred total points available for the weekend are up for grabs tomorrow. Many of the pre-competition favorites are already in the top ten, but a few surprises were able to hang with them on day one. Tomorrow will be very telling as to who are the real contenders for the coveted top five spots for the men, women, and teams.

Leaderboard after Day One: