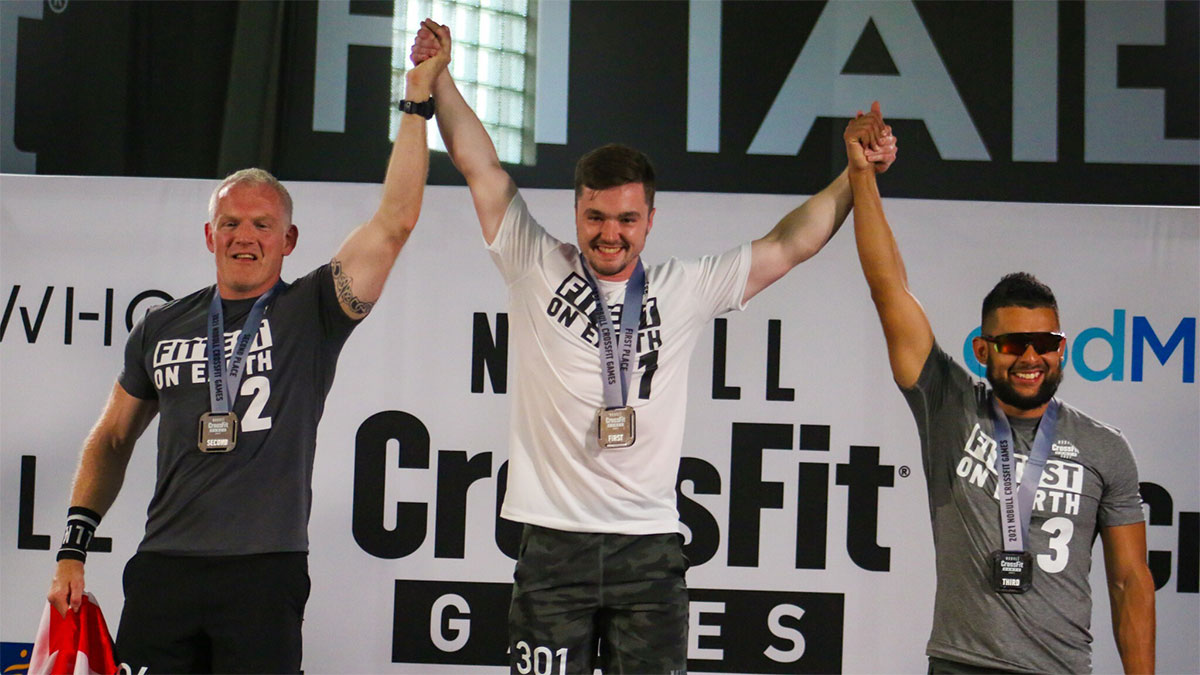 History was made on Thursday when 30 athletes wrapped up the first-ever Adaptive Division at the NOBULL CrossFit Games. Spanning six divisions, all of the competitors gave an impressive showing, making a clear statement that fitness is attainable for anyone, no matter what limitations may stand in the way.

Of these 30 athletes, ten — five men and five women — participated in the neuromuscular division.

One key takeaway: CrossFitters have shown time and time again that the sport changes lives, whether that be through physical and mental health, battling back disease, or forming connections with the community. These athletes are no different, making the same — if not stronger — argument for the sport of fitness.

George Simonds-Gooding: At 45, Simonds-Gooding was the oldest man in his division. But that didn’t slow him down — the British athlete finished the competition in second place.

JCruz Gudino: In 2019, Gudino was diagnosed with a rare neurological disease, transverse myelitis. His lower body became paralyzed, and doctors gave him terrible odds of ever recovering.

Sylvania Harrod: “CrossFit allows me the opportunity to show the world what’s possible when you focus on the possible vs. what’s improbable,” writes Harrod, the 4th place finisher in his division, on his CrossFit Games profile. Harrod is a disabled veteran with Advanced Stage Neurological Lyme Disease.

Mijail Pedrini: At just 13-years-old, Pendrini suffered a stroke. He recounts, to ESPN Deportes, that CrossFit has improved his life. The South American athlete finished 5th in his division, tying Harrod with 290 points.

Shannon Ogar: Joking that she’s now called the “other Ogar,” by CrossFit. Ogar, wife to Kevin Ogar, has battled back from Bell’s palsy nerve damage, winning the Adaptive Standing division at Wodapalooza in 2020 and ranking third in the Open.

Letchen Du Plessis: Du Plessis, who calls herself a “semi-bionic human,” was diagnosed with Complex Regional Pain Syndrome and Dystonia, a disease that causes involuntary muscle movements, in 2017. She says her life made a “180-degree turn,” that year, taking her from a top-level athlete to being bed-bound with limited function in her left leg.

Alisha Davis: Diagnosed with cerebral palsy, affecting her speech and the left side of her body, Davis has taken the opportunity to “show people what you can do if you put your mind to it.”

Ebby Isbill: In 2014, Isbill went from the “strongest she had ever been,” to using a cane to balance due to multiple sclerosis.

Rebecca Shingledecker: The same day Shingledecker received her CrossFit L1 certification, she was diagnosed with a brain tumor. Brain surgery left her weak on the right side of her body, with no feeling in her right leg.

May 30 by Emily Beers
More Profile