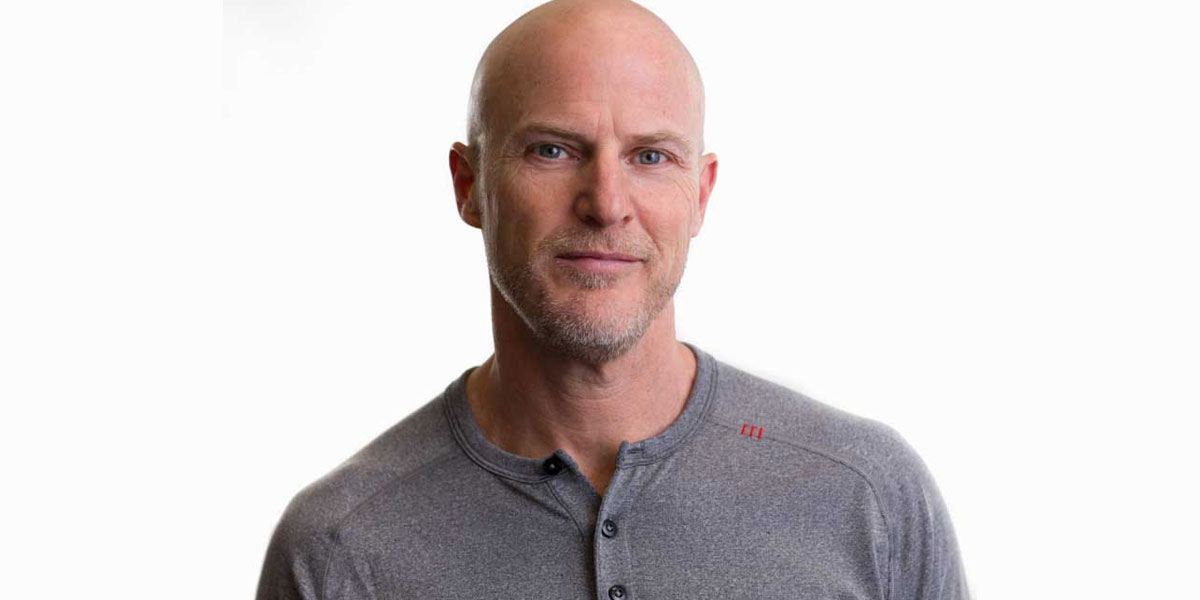 John Wooley had no expectations when he submitted a meme to CrossFit LLC featuring Australian CrossFit Games competitor James Newbury in response to a meme challenge put out by CrossFit commentator Kayla Banfield during the 2018 CrossFit Regionals.

But what happened next changed the course of his life.

CrossFit shared Wooley’s meme, and suddenly it felt like “being a Kardashian,” he said. “You just watch the follower count climb,” added Wooley, the founder of the popular meme Instagram page makewodsgreatagain.

Prior to the Newbury meme, Wooley’s page—then called CrossFit Trump—had just a few hundred followers. Four weeks later, it had 10,000.

It was a lightbulb moment for Wooley. “If I can connect with people, maybe I can start growing,” Wooley explained to the Morning Chalk Up in an interview at the CrossFit Games in Madison, WI in July about his thought process at the time.

In the months that followed, Wooley’s following continued to grow rapidly, and he decided it might be best to rebrand away from the CrossFit Trump name, as he wasn’t trying to make an overtly political statement.

So Wooley rebranded to makewodsgreatagain, a page that now has 352,000 followers.

Wooley, 51, started CrossFit in 2012 and trained at CrossFit Distinction in Beachwood, OH, where Scott Panchik was training at the time.

Thinking he was a “moderately funny” guy, Wooley started a Twitter feed in 2017 mostly “to troll the twins,” he said referring to Scott’s brothers, Spencer and Saxon Panchik, who didn’t know it was Wooley tweeting about them.

“I thought it would be funny right after the presidential election to do a Twitter theme kind of in the theme of Trump,” Wooley said. So he called it CrossFit Trump and started writing “bombastic tweets.”

Eventually, Wooley’s daughter told her dad an Instagram meme page would be better. He obliged.

“I hand her my phone and she created the (CrossFit Trump) meme page,” said Wooley, who is also a vice president at a bank and the host of the podcast makepodsgreatagain.

Deciding to rebrand from CrossFit Trump to makewodsgreatagain didn’t come without hesitation, he admitted Wooley thought his followers might be “pissed” if he changed his name, and stop following him. Instead, “the opposite happened,” he said.

While most of Wooley’s posts are purely for entertainment value, he doesn’t shy away from more serious subjects with the potential to offend.

It’s important to shed light on topics that need to be talked about, he explained, to put a “spotlight on issues that others maybe can’t spotlight because it’s too hard a thing for them to go at…and I can do it in a way that’s satirical or funny and make people think, ‘Oh maybe I should look at this issue within the CrossFit community,’” he explained. “The beauty of memes is you can say things that others don’t have the ability to say.”

For example, Wooley can tackle issues such as athlete pay, which an athlete might not be able to talk about because they’re worried about their sponsors or CrossFit HQ. But since “no one owns me,” Wooley has no problem going after those subjects.

When it comes to social issues, you “have to push the envelope,” Wooley said. “You don’t want to make the world mad, but you also don’t want to shy away from the things that are important, and there are important topics that need to be talked about, because our gyms are very diverse and there are real issues going on out there that we need to make sure are talked about. It’s not just lifting weights everyday.”

When he has inadvertently offended an athlete, Wooley said he takes “a hard step back” and looks at what he did. “I never want to offend an athlete. They work too hard to have someone picking on them,” he said.

“I have too much respect for them to make fun of them,” he added.

Though he doesn’t want to offend the athletes, Wooley was undeterred when CrossFit’s General Manager of Sport Dave Castro blocked him in July, 2021.

That being said, he thinks it was a strange move by Castro. “I think it’s weird to go out of his way to block me, because he (didn’t) follow me, so it just feels odd,” Wooley said.

He added: “As an organization, I think (CrossFit) needs to decide how it speaks of them…It’s not for me to say…but it feels weird if you’re a director of a sport to block off a pretty significant portion of the community, so I think the risk is for them, not to me.”

More than anything, Wooley’s intention for his page is “all about relatability.” To create a place where CrossFit athletes around the world can come together and connect over a shared experience.

“The things that happen to me, happen to you, they happen to everyone that walks into a gym. And those are the things that bring us together,” Wooley said. “If I had one wish for the page is…that it brings people together and it doesn’t separate them.”

And part of this connection involves discussing topics beyond just the “fact that we all hate the Assault bike,” he explained.

“What I’m trying to do is foster conversation and have fun and bring joy to people’s lives,” he said.

Video: Meet MakeWODsGreatAgain: The Man Behind CrossFit’s Most Popular Memes