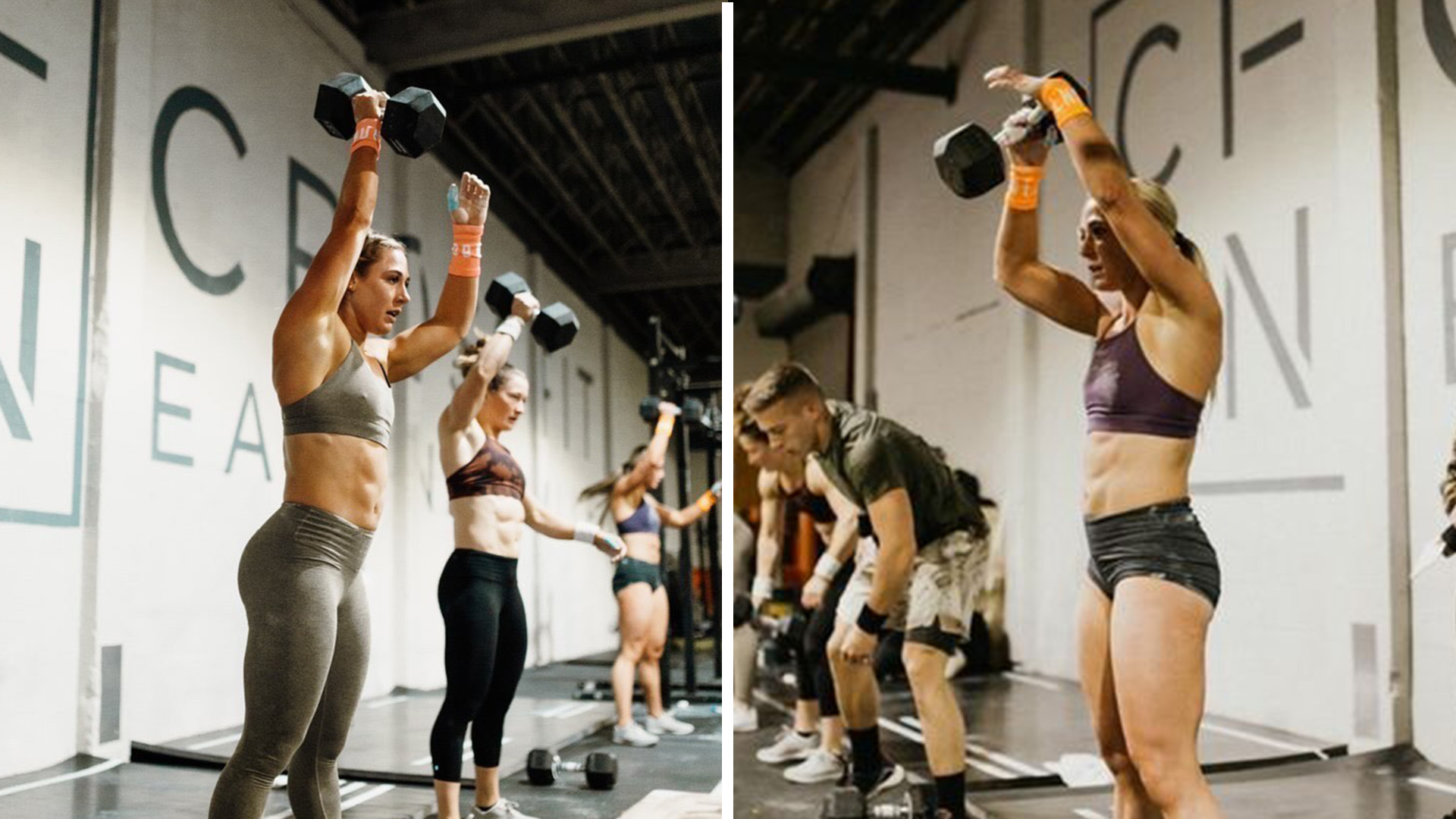 The Scores of NOBULL CrossFit Open workout 22.1 have been submitted and are under review. We take a look at the leaderboard as we await for official confirmation and here are seven takeaways from the first workout of the 2022 CrossFit Games season.

When Brooke Wells stated her intention was to compete at the Games this season after her horrific elbow injury on the Alliant Energy Center Coliseum floor, most thought she was a year away. But here she is sitting in 22nd place with 363 reps completed in an event that tested her repaired elbow with the wall walks and dumbbell snatches. This no doubt will boost her confidence and bodes well for her to make her return to the Games this year.

If you look one spot down you will see Brooke’s sister Sydney, who finished just one rep behind her twin and is tied for 25th place. Sydney made some news last season when she went from someone who signed up for the Open with no expectations to a Semifinal appearance at the West Coast Classic. Since then she has been fully immersed in the PRVN programming with the goal of making the Games. Now that she has her sister, Tia-Clair Toomey and Shane Orr back at CrossFit East Nashville training together, don’t be surprised to see her name on the first page of the leaderboard from here on out.

On top of the men’s leaderboard with 390 reps is a man many people probably have no knowledge of. Ljungdal is 26-year old from Sweden who was actually his country’s defending national champion after placing 76th in last year’s Open. That finish qualified him for the European Quarterfinals where his season would end, finishing 78th and missing out on the Semifinals.

Wall walks are obviously in his wheelhouse as his best workout finish in last year’s Open was 21.1 where he placed 68th worldwide. Could he be the next European athlete that breaks through and makes a name for himself?

Before people were asking who Ljungdal was, there was Mead who burst onto the scene last year with a third place finish in the Open. Well his name is back near the top of the leaderboard as he sits tied for 11th with 363 reps. So who is the 35-year old from Oregon and will he compete in the Quarterfinals? Brian Friend has answers for those questions in his profile of this very fit and interesting man.

In January a collection of some of the best up-and-coming athletes moved to Naples, Florida to train under Brute Strength coach Matt Torres. Those athletes include Emma Cary, Dallin Pepper, James Sprague and Phil Toon, all four of those athletes are under the age of 24 with all but Toon previous podium finishers in the teen division at the Games.

Those four athletes can be found near the top of the leaderboard after 22.1 with Cary leading the group with a third place finish with 381 reps. Meanwhile on the men’s leaderboard Pepper and Sprague are tied for sixth with 369 reps followed by Toon in 11th with 363 reps.

Torres has something special brewing down in Florida and the results from 22.1 shows that we are all going to see how special sooner rather than later.

Brent Fikowski has made it known that he isn’t the biggest fan of online format competitions despite having success in the Open in past years. He’s the type of athlete that thrives in live competition, competing against other athletes and with a crowd cheering him on.

The reigning third “Fittest Man on Earth” currently sits in 3,048 place with 300 completed reps, his worst Open workout placing in his long and storied career. His previous worst finish was during the 2015 Open when he placed 1,139 in 15.2.

This was a surprising result from the two-time podium finisher who has done well in workouts that featured walk walks, placing 15th last year in 21.1 and third in workout four of the 2021 Games.

His finish in 22.1 has him poised to record his worst Open finish in his career; however he should be in no danger of qualifying for the North American Quarterfinals if he can bounce back with strong finishes in the next three Open workouts.

6. Holte still has it

When Kristin Holte announced that she was retiring the sport, many wondered why an athlete who was still performing at an elite level would do that especially after a run of top-5 finishes to end her career including a fourth place at the 2021 Games, a runner-up finish at the Dubai CrossFit Championship and a team title to end her career at Wodapalooza.

For the Norwegian, retirement doesn’t mean she still doesn’t want to compete. She posted on her Instagram that she changed her mind on competing in the Open but not on retirement but after her 22.1 performance one has to wonder.

The 36-year old currently sits in eighth overall after completing 372 reps, begging the question is if she changed her mind once will she do it again especially if she finishes within the top-10?

Just like last year’s Open, teens are making their presence known as serious contenders to move onto the next stage of the Games. Eighteen year olds Mallory O’Brien and Cary, are first and third respectively after 22.1. Tied for fifth with names like Toomey and Karin Freyova is unknown 18-year old Norwegian Leah Støren who is competing in just her second Open. A little further down the women’s leaderboard is fellow 18 year old Anikha Greer in 25th. Seventeen year old Emma Lawson is 63rd with 19-year old Symantha Donaldson (76th) 18-year old Paulina Haro (172nd) and 16 year olds Olivia Kerstetter (128th), Trista Smith (137th) and Chiare Silva (172nd) all in the top-200.

On the men’s side 19-year olds Sergio Prado Munoz sits at 52nd, Victor Hoffer is holding steady at 75 and Tudor Magda is 177th. Eighteen year old Matteo Charrier is the youngest athlete on the men’s leaderboard in the top-250, sitting in 219th currently.

Older Games teen division alums are also making a splash on the leaderboards with the usual suspects of names like Haley Adams (15th), the aforementioned duo of Pepper and Sprague (tied for 6th) and Guilherme Malherios (52nd). 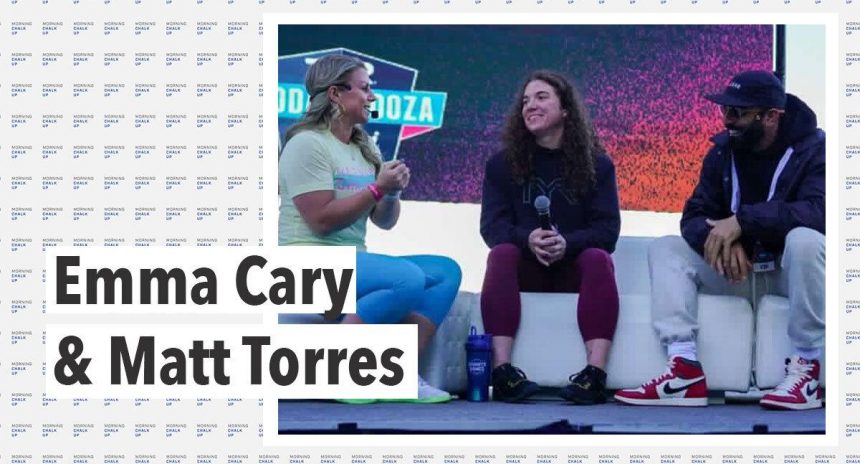 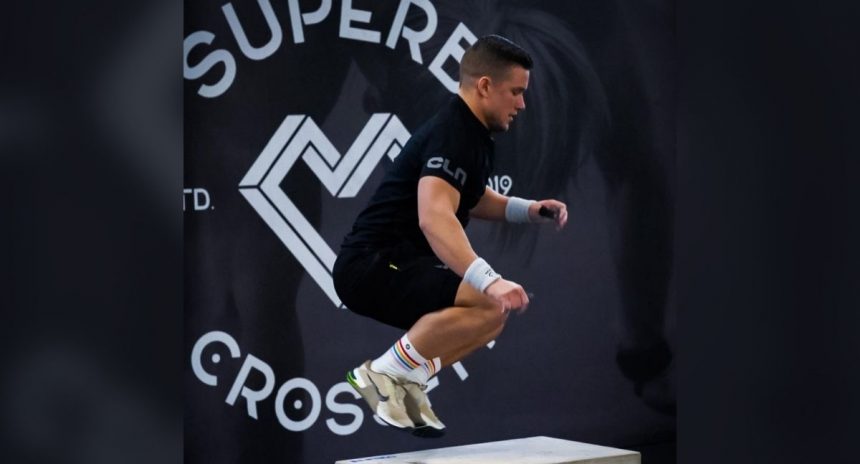 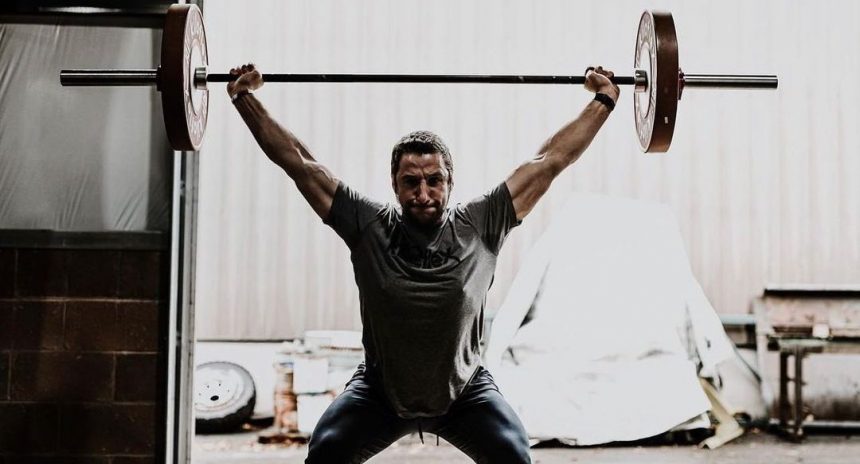