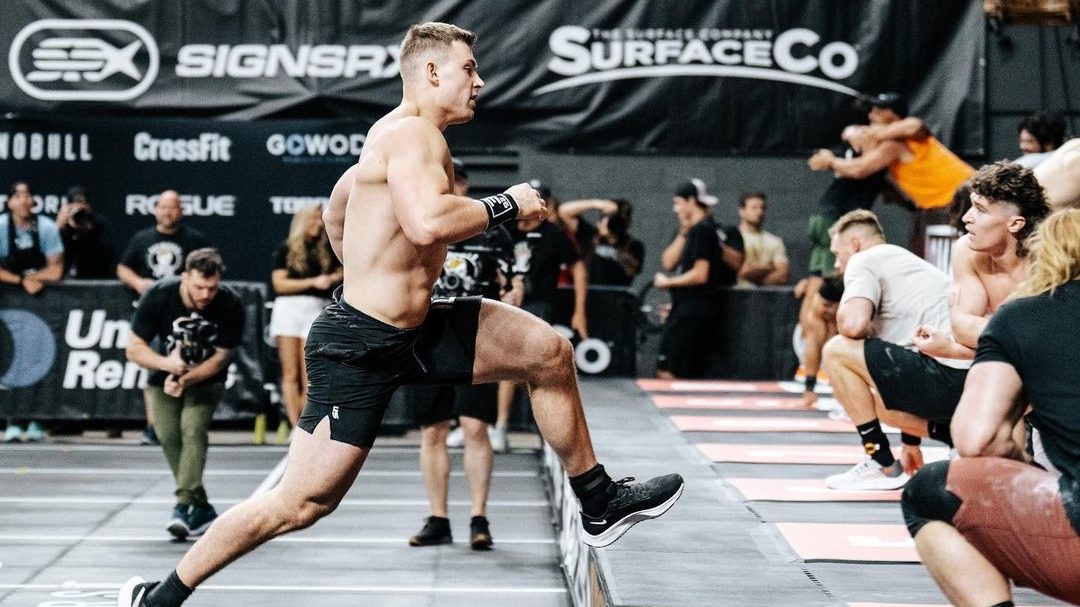 The young guns are putting on a show in Knoxville, TN. After two days of competition at the Syndicate Crown, multiple former teenage division athletes are inside the top five in points with a realistic shot to reach the CrossFit Games.

The details: 19-year-old Tudor Magda, 22-year-old Cole Greashaber, and 20-year-old James Sprague are all above the cutline heading into the final day of competition. Magda and Sprague each have an event win while Greashaber has a second-place finish from Event 4.

Greashaber, who just missed qualifying for the 2021 CrossFit Games in the men’s division, has only one event finish outside of the top 10 at the Syndicate Crown. He finished 18th in Event 3. He has kept himself in position for a trip to the CrossFit Games with seventh, third, and second-place finishes in the other three events.

Why this matters: The reigning champ is well on his way to a Semifinal win that will put him back on the road to Madison. He is a familiar face at the CrossFit Games, but the three former teenage division athletes will have the opportunity to take on the individual competition as adults after topping such names as Alec Smith, Will Moorad, and 2015 CrossFit Games champion Ben Smith.