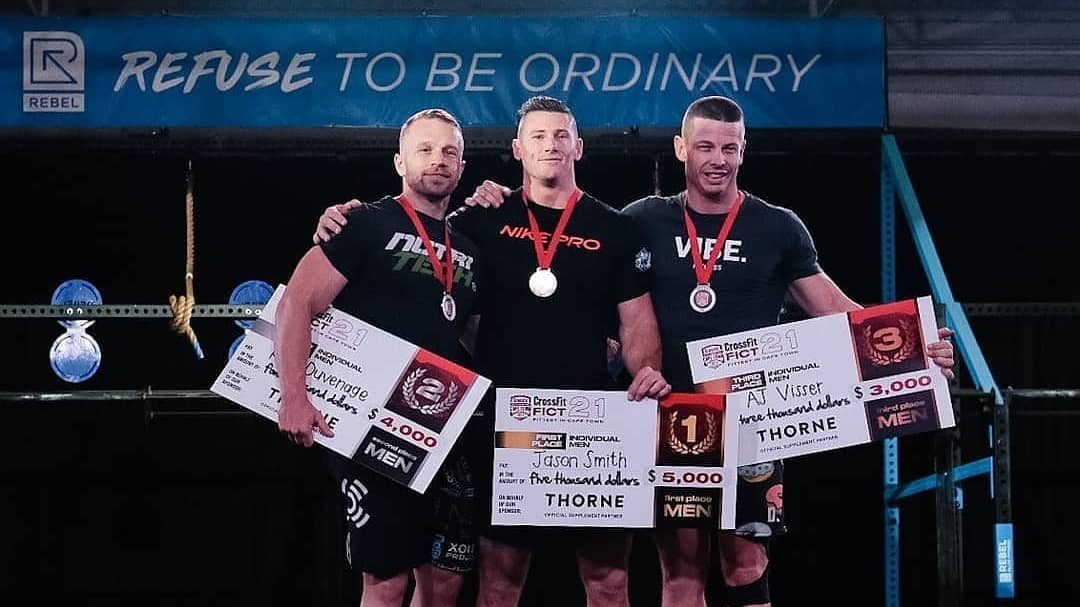 The Coetzenburg Centre in Stellenbosch, South Africa will play host to the 2022 Fittest in Cape Town Semifinal starting this Friday. The NOBULL CrossFit Games qualifying event has just three spots available for Madison, WI – one each for the men, women and teams divisions.

Last year’s competition displayed the range and depth of athletes on the African continent, Games veteran and arguably the greatest CrossFit athlete in African history, Jason Smith punched his third ticket to the Games while on the women’s side 24-year old Michelle Basnett held off a host of Games veterans to get her first ticket to Madison.

A total of two men and four women in the event have previously qualified for the Games as individuals. Of the six athletes just three have qualified through live in-person competitions with two of them, Basnett and Smith, qualifying through the Games last year by winning the Fittest in Cape Town.

In the team division, CrossFit Eikstad Mighty Oaks was the cream of the crop last year but that team has disbanded. CrossFit Commit Okavango appears to be the team to beat as they swept all four Quarterfinals workouts after winning all three team Open workouts.

All four athletes that competed in the LCQ last year are in this year’s field–Ruan Duvenage and Mohamed Elomda for the men and Reyneke Gilmari and Dina Swift for the women.

This semifinal is unique as there are no clear “shoo-ins” for the Games due to just one spot being available. Sixty athletes and 20 teams vying for a post in each division means that like last year there will be changes on the leaderboard after almost every event as they all jockey for that coveted Games invite.

Basnett is considered the favorite to repeat as champion and return to the Games. Last year, the dual citizenship holder from North Carolina (but born in South Africa) had two event wins and top-10 finishes in all seven events, winning by 32 points.

This year she hasn’t been nearly as impressive in the early stages of the season, finishing 7th in Africa in the Open, but she bounced back to take second in the region in the Quarterfinals. She might be the type of athlete who has been training to peak for the Semifinals and one would think if that is the case then she could be making her return to Madison.

Fellow South African Michelle Merand won the Africa Quarterfinals by 14 points over Basnett as she had four top-5 finishes. Last year she finished third in the Semifinal and advanced to the LCQ. In 2019, the now 32-year old competed in her first and only Games in 2019 after earning her invite through the Fittest in Cape Town.

In her Games appearance she placed 41st, surviving the first two cuts of the Games.

The third athlete in contention is Dina Swift, another South African, who like Merand competed at the 2019 Games but as the national champion of her country. Last year she was the runner-up to Basnett. She was the leader after day 1, winning the first two events.

This year she placed fifth in the Africa Quarterfinals but her background and experience makes her a favorite.

South African Lee Keyrouz is in the midst of her best season as a CrossFit athlete. She placed 82nd in the Open and was the top-ranked athlete in Africa, a huge jump from placing 2,245th in the Open last year. In the Quarterfinals she placed 3rd and could be an athlete that contends for that Games spot if not be a spoiler for other athletes.

Keep an eye on 19-year old South African Reegan Finkel, last year she gained valuable experience at the Semifinal, placing 10th. This season she paced 13th in the Quarterfinals.

If there is an athlete close to being an automatic invite out of this Semifinal it is Jason Smith, he’s the favorite until someone beats him and that has yet to happen.

Smith, at 38-years old, remains fitter and more skilled than his contemporaries. He won the Quarterfinals for the second-straight year and held off Ruan Duvenage by six points.

Duvenage was the runner-up to Smith in last year’s Semifinal and advanced to the LCQ where he placed 24th.

Kealan Henry is one athlete who has beaten Smith in many events, but also has many holes. Henry finished third in the Quarterfinals despite winning three of the events. The South African has won two-straight “Fittest in Africa” titles through the Open.

Richard Wollboldt is no stranger to the Games, having competed on a team in 2018 with Cape CrossFit. Last year he competed as an individual at the Atlas Games. This year he placed fourth in the Africa Quarterfinals. Training out of Invictus Back Bay, he holds dual citizenship.

Egyptian Mohamed Elomda is one of the most experienced athletes in the field due to him being a staple of CrossFit events throughout the continent. He competed at the 2019 Games as the Egyptian national champion, placing 44th.

Last year he placed fourth in the Semifinal and advanced to the LCQ.

The field for the Semifinal has an average age of 28 years old, one of the highest in Semifinals. South African Darren Zurnamer is one of two 21-year olds in the field and could be ready to compete with the top athletes in the continent. Last year he placed 13th in the Semis and has seen a huge jump in his performances since then, finishing second in the Open for Africa and then following that with a fifth place in the Quarterfinals.

Commit Okavango added Mariska Smit and Jaco Brits from the Eikstad Mighty Oaks team that swept the Semifinal last year and placed 30th at the Games. Those additions helped make them the favorites to punch their tickets to Madison.

CrossFit Tijger Valley Unit placed second last year to Eikstad and are in that spot this year after placing second in the Quarterfinals.