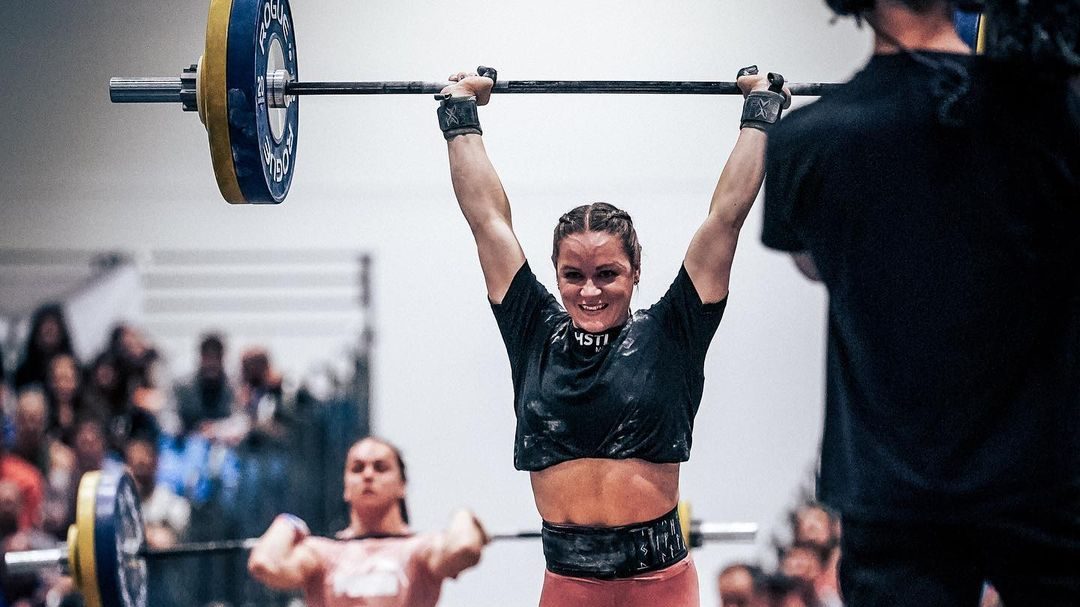 With so much drama in each division over in London on the last day, we’re taking it event by event for each division setting up for some great finishes:

It was a tight race, as we expected, the first 18 men were separated by 30 seconds. With a lot of athletes being middle for points, there were quite a few leaderboard shuffle ups to set up the final:

The final was everything we hoped for and the leaderboard reflected it. With so many storylines across the floor, each man in the final heat had something worth fighting for. Despite that, the winning time came from PD Savage in heat two.

The 96 remaining points went to Andre Houdet, who had three top two finishes by the time things were said and done. That would be good enough for third place overall.

Willy Georges stayed steady with a fourth place finish. Outside of an 11th on event four everything else was fourth place or better. He is the Strength and Depth Semifinal champion for 2022, and he will be back in the fold at the Games.

Bracketing Houdet in second and fourth are fellow Games rookies from last year Henrik Haapalainen and Giorgos Karavis. The final event was the worst for Haapalainen of the weekend, but he had built a big enough buffer to keep him clear of the cutline. Karavis was on the cut line prior to this event, but wanted nothing to do with it. He took seventh overall, but most importantly beat the men right behind him (Alex Kotoulas 11th and Dumain Antoine 13th).

With only one spot remaining it was Jonne Koski making a closing push from 9th overall to try a hail mary attempt to get in. His performance earned him a third place in the event and 92 points. The question would end up being had Guillaume Briant done enough.

Briant was on the floor for what seemed like a while, and ended up taking 19th in the event for 34 points. Those 34 points were exactly what he needed, seven seconds slower and he’d have missed the Games by a point. Instead, he’s joining Georges as the second man from France, and will be making his rookie debut at the Games in August.

As expected, the legless rope climbs in event five shook things up for the ladies.

The drama was just as high on the women’s side in the final, and with many women getting time capped, the suspense was even more intense in the waiting moments on the floor.

At the top of the leaderboard however, it was just a matter of what order would be determined. Norway’s Jacqueline Dahlstrom ultimately fended off both McQuaid and Helgadottir in the final, and for the weekend. She ultimately put 24 points between herself and McQuaid who took second. McQuaid secured second by seven points over Helgadottir. All three made the top 20 last year at the Games, and once again they will lead a strong women’s contingency into Madison.

Behind those three vets was a new Icelandic woman on the CrossFit Games scene. Solveig Sigurdardottir has been competing for years, but this is clearly the crowning achievement for her thus far. Third on the final event, second on the opening event, and first on the lifting event, highlighted a stellar weekend for her.

The final spot was being hunted by Katrin Davidsdottir from the outside lane. She took the lead early, and never slowed down. She took all 100 points putting her at 414 total. The other relevant woman she would need to overcome got capped, so it wasn’t clear whether it had been enough.

Once scores were tallied, Sam Briggs was found to be seventh and Elisa Fuliano, who came into the event in fourth, placed tenth. The points were entered and the results showed all three women to be within ten points. In the end, it’s another rookie, this time in Fuliano who will be representing Europe at the Games.

The team race was tight for the last couple Games spots to begin the day, it was significantly tighter heading into the final event:

Before we get to the drama, we must acknowledge the third perfect team in the Semis this season. Joining the ranks of CrossFit Mayhem Freedom and CrossFit Reykjavik are the defending second fittest team on earth, CrossFit Oslo Navy Blue. Much like those other two teams, not only did they win every event, they did so in convincing fashion.

Staying clear of the drama for the final two Games spots were a second Norwegian team, CrossFit Sarpsborg and a team from the Uk in CrossFit 8020. Both teams rode the wave of consistency across the entire weekend (with all finishes for both teams between 2nd and 8th).

While Oslo was busy cruising to another event win, a third Norwegian team, this time CrossFit Trondheim, rebounded from their worst event finish in event five, with their third second place finish of the weekend to rebound back into a qualifying spot.

They’re 430 points would be matched by one other team, who similarly was on the outside looking in prior to the finale: CrossFit Aylesbury. They took fourth on the last event, while Nordic Original took sixth which was just enough because if they’d landed on a tie Nordic would have taken it. As is, Aylesbury is going back to the Games for a second year in a row.