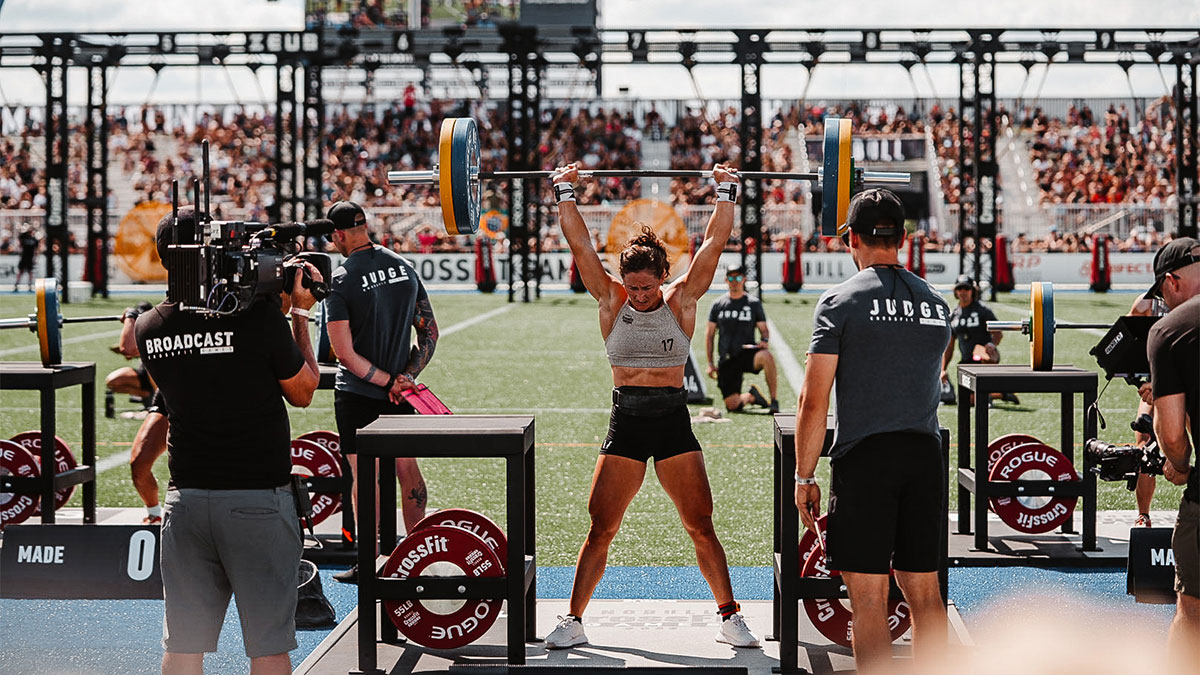 It was supposed to be a rest day, but due to the rain storms Wednesday, the individuals and teams had to take the field again. On the individual side, athletes took on a running and heavy lifting challenge at the North Park.

What was originally programmed as event two includes sprints–400 meters, 600 meters, and 800 meters–followed by AMRAP shoulder to overheads at 300 pounds for the men and 200 for the women in two-minute, three-minute and four-minute blocks. There were 100 points available for the total run time and 100 for the AMRAP of max reps.

The women were up first again (this will change tomorrow), and in the final heat, it was a dead heat between Tia-Clair Toomey, Haley Adams, Mal O’Brien and Danielle Brandon. Adams opened up a small lead on the run portion, but lagged behind as Toomey took the lead on the lift. On the lifting side, Toomey hit 18 shoulder-to-overheads, while Adams locked up 100 points on the run portion. O’Brien stayed relatively close on both, but Brandon helped Toomey out by placing between the two of them. When the dust settled O’Brien held first place with 396, with Emma Lawson behind her at 372. Toomey has 355 heading into Friday.

The men were up next and in the final heat, Ricky Garard took the first run once they started lifting Garard, Jeffrey Adler, Justin Medeiros and Gui Malheiros had the lead with six lifts after round one. After the second round, Adler was at 12 lifts, but Vellner had missed three total reps and only totaled five at that point.

In the final round, Adler challenged Garard, while Vellner struggled. Garard grabbed a 6th in the run and a 3rd in the lift to hold on to first place overall with 449. Medeiros struggled on the run taking 22nd, but tied for 3rd with Garard to stay in second. Roman Khrennikov took 15th and 6th and for third place going into day three.