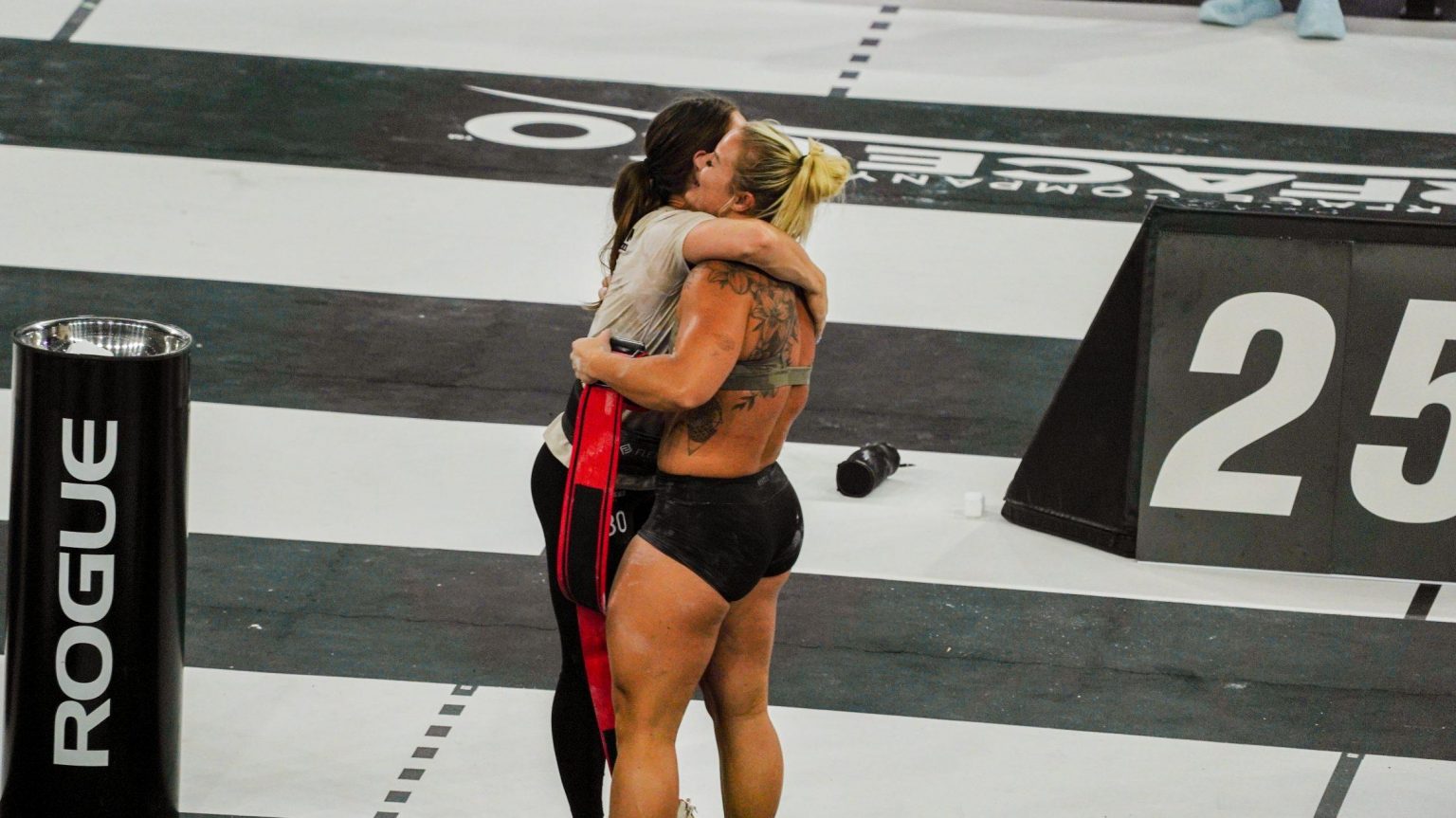 The CrossFit Games is some kind of special. It’s like going to Hogwarts and seeing spells cast for the first time, or being a kid again and meeting your favorite characters at Disney World. The Games is our Super Bowl, and to relive those moments of magic, we’ve compiled a list of 12 memorable moments from this years CrossFit Games.

In no particular order:

1. Gui Malheiros walked into the Awards Ceremony with his girlfriend, and walked out with his fiancée. It’s unusual for an athlete to take the mic anytime, but especially during the CrossFit Games award ceremony. Before any of the awards begin, Gui and Luciana are called to the competition floor where he is given the microphone.

Malheiros begins by thanking the crowd for their support, then turns to his girlfriend— “I also want to thank the support of my girlfriend. She encouraged me, she did great, everything that I needed this weekend”. He drops to his knee and the crowd exudes a resounding “GUUUUIIIIII”— the response he has received from them all week.

2. Casey Acree became the second athlete ever to win every event at the CrossFit Games, ending the weekend with a perfect 800 points (the first was Masters athlete Susan Clarke in 2019). In the on-floor interview following his 8th event win, Acree made it clear his success hasn’t come overnight.

To name just a few of the miraculous feats that marked Khrennikov’s first in-person CrossFit Games, he:

4. Jacqueline Dahlstrom and Dani Speegle’s sandbag lifts. A first-ever event win for Speegle, and an incredible feat of strength for Dahlstrom— these ladies will go down in Games history for their performances under the Saturday night lights.

5. Rebecca Fuselier climbing up the capitol steps with the city of Madison behind her. I have to believe this moment will go down in CrossFit Games history as the most visibly epic merging of community and sport we’ve ever seen.

ICYMI: Fuselier, listed at 5’2″ 127lb (58kg), was the very last competitor making her way up the capitol steps with the 150lb (68kg) hunter orange Husafell bag hiding her entire body from view. One by one, spectators began cheering her on and suddenly Event 5 of the 2022 CrossFit Games felt like a 5pm CrossFit class at the local box with one of our own closing in on the finish line. A CrossFit Games photographer was able to snap this shot, and fellow competitor Noah Ohlsen reportedly told Fuselier shortly after, “you just got the coolest shot of the CrossFit Games.”

6. Justin Medeiros became the third individual ever to win the CrossFit Games without a single event win. Medeiros now has more Fittest on Earth titles (2) than event wins at the Games (1).

7. After spending much of the weekend fighting to remain in the top 10, Laura Horvath opened Sunday with back-to-back event wins in The Alpaca and Back Nine followed by 4th place in Jackie Pro, catapulting her into an eventual third place podium finish.

8. Games rookie Nick Mathew cracked the code to a new-movement-filled Skill Speed Medley, becoming one of only two individuals to finish the event (Gui Malheiros being the other). Competition Director Adrian Bozman breathed a sigh of relief, and Mathew went on to earn 13th place and men’s Rookie of the Year.

9. For the first time, in a very long time, Tia-Clair Toomey was not in the Leader’s jersey until the third day of competition. In true Tia fashion, she battled back to earn her sixth title, surpassing her previously shared record for Most Fittest on Earth titles and Most Consecutive Fittest on Earth titles. And of course, Tia’s podium shooey is as memorable as they come.

10. Emily Rolfe withdrew following the opening event of the Games, and was rushed into emergency surgery. She gave a goosebump-worthy recount of her surgeon’s decision to change his tactic mid-operation.

11. Nick Mathew and Gui Malheiros tie in a tiebreak, down to the hundredth. In Saturday night’s Sandbag Ladder, Gui Malheiros and Nick Mathew both lifted the 340lb/154kg bag and failed the 350 to send them to the tiebreak along with Brent Fikowski and Jayson Hopper.

Though Malheiros appeared to cross the line first, his chip timer was on his opposite leg; at the exact moment Malheiros dragged his second leg across, Mathew lunged forward in 8.23 seconds to share the first place victory and 100 points.

Another lesson from CrossFit Games past: always lunge with the chip timer leg.

12. Rich Froning won his 10th title— his 6th with CrossFit Mayhem Freedom to stack on top of his four as an individual, further cementing his legacy as one of the Greatest of All Time.

In closing: I know, this list certainly isn’t comprehensive, and it’s probably missing your favorite moment of the week. The moments that ended up staying are those that caused a reaction I personally could not contain—chills down my spine, a smile plastered across my face, literal goosebumps on my arms. These were the moments that took me out of my “Morning Chalk Up” media t-shirt for a moment and turned me into an admiring fan, watching with complete awe at the athletes in front of me.