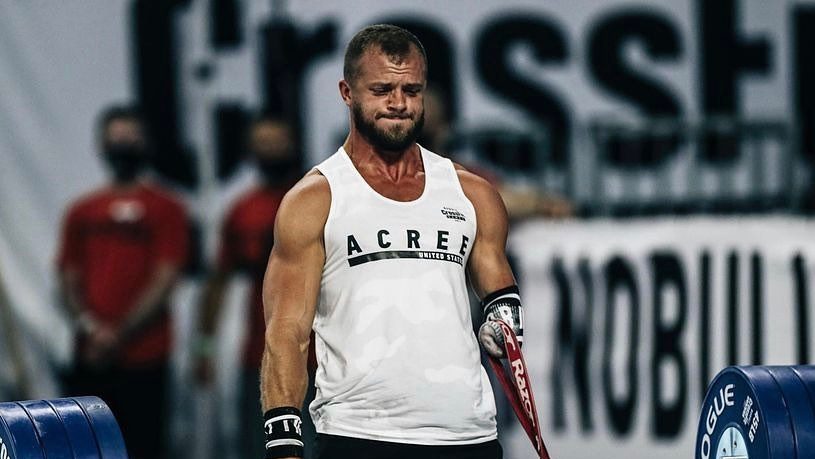 In case competing at the CrossFit Games isn’t a daunting enough week on its own, Upper Extremity competitor Casey Acree will be trying to defend his title all the while coaching two other adaptive athletes at this summer’s CrossFit Games.

While that might sound stressful, 29-year-old Acree said he isn’t concerned.

“I did it last year, too. To me, the preparation is kind of the biggest thing, so there’s a lot of communication (with my athletes) leading up to the Games,” said Acree, who writes templated programs for adaptive athletes, and personally coaches a handful of others, through Underdogs Athletics.

“From my standpoint as an athlete I’m pretty laid back most of the time. I have a ton of competition experience, so I’m usually able to not really worry too much about myself,” he added.

And if it’s like last year, because the adaptive divisions are so small, their events are likely to be at the same time, making it seamless to prepare himself while simultaneously preparing his athletes, as they’ll all be in the warm-up area together preparing for the same event.

“There’s communication and I can let them go through a warm-up with me…and I can be discussing their strategy right there with them, so it’s fairly simple,” said Acree, who was born without his left arm below his elbow due to a congenital defect.

He added with a shrug: “And the recovery and the mental aspect of it is just kind of like a habit. It’s not really stressful for me.”

After seven years in the sport of CrossFit, Acree finally had the chance to compete at the CrossFit Games for the first time last year when CrossFit LLC introduced three adaptive divisions: upper extremity, lower extremity and neuromuscular.

Acree went on to win the whole thing, but he explained what was most exciting of all was finally getting to be there.

“The whole experience was fun. It’s something I had always dreamed about and hoped would eventually happen, but I didn’t know if it would be within the time frame of my competition career, but I was always hopeful,” he said.

This year, though, Acree isn’t just happy to be there. He’s heading back with even loftier goals than he achieved last year.

“The goal for me is to try to win as many workouts as I possibly can,” said Acree, who also runs his own gym, Summit Systems, a gym in Decatur, Il.

Ultimately, though, in the back of his mind Acree knows even getting the chance to set a goal like that is a luxury, one that adaptive athletes in five other divisions don’t yet have the opportunity to pursue.

Acree said he understands that in order for all of the adaptive divisions to be included in Madison, “there needs to be participation numbers.”

“At the same time, you sometimes need that visibility and that exposure for those numbers to be created,” he said, adding that his ultimate hope is for all adaptive athletes to be included in person sooner rather than later.

“It’s very important to me being both an athlete, but also as a coach. I have athletes that compete in (the five divisions that won’t be in Madison),” he said.

“I’m hoping by next year the other divisions will get their opportunity to be in person. I think that’s kind of the next step that needs to happen.”

Aug 16 by Morning Chalk Up
More About Casey Acree