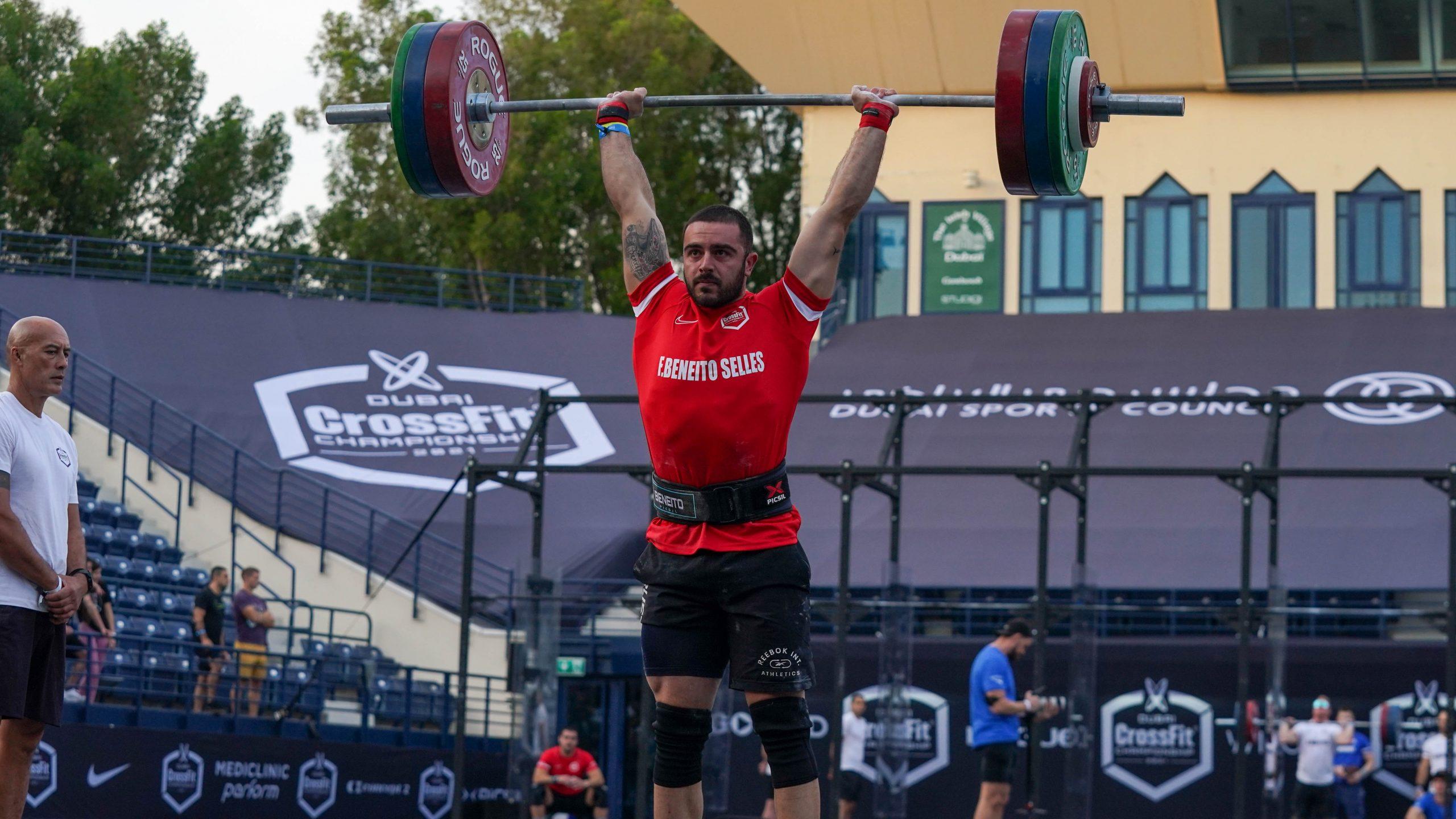 The videos have been reviewed, the scores finalized and Friday morning, the invitations have been sent out to 40 men and women for the ten-year anniversary of the prestigious Dubai Fitness Championship being held on December 2-4. The field is a well-balanced mixture of CrossFit Games veterans and young up-and-comers from all corners of the world.

The men’s invitation list features 11 athletes who have competed at the Games including eight from this past year, six as individuals and two on a team.

Beneito came out of the qualifier unscathed and $5,000 richer after winning the online stage. He’s one of four Spaniards that have been extended an invitation.

Fikowski returns to the competition that he won back in 2019 with last year’s Dubai podium finishers Lazar Djukic and Garard, who finished second and third respectively, the early favorites among the invitees.

Cournoyer and Porter, who both competed at the Games on a team, earned invites as individual athletes. Cournoyer was a member of Mayhem Freedom, the winners of the Affiliate Cup while Porter was a key component of the CrossFit Reykjavik team that placed fourth in Madison.

The women’s invite list features eight athletes who have competed at the Games including six from this past year.

The Dubai Championship has prided itself on giving up-and-comers and relatively unknown athletes a chance to compete and flourish against the top stars in the sport. Emma Lawson, Gabriela Migala and Freyova are among that group in the women’s field. Gluck, a two-time individual Semifinalist could be this year’s athlete to watch, the native of France held off Ireland’s Burke for a one point win in the qualifier.

Simmonds made the United Arab Emirates her home for a number of years and has competed at the event as an individual twice, winning the title in 2014.

The competition will also be Rolfe’s first since having to withdraw from the Games to get emergency surgery to remove a blood clot in her arm.

Kaya, Freyova, Garnes and Moosbrugger competed at the Games this past season with all but Freyova making their rookie appearance.

May 13, 2020 by Morning Chalk Up
More #Dubai CrossFit Championship