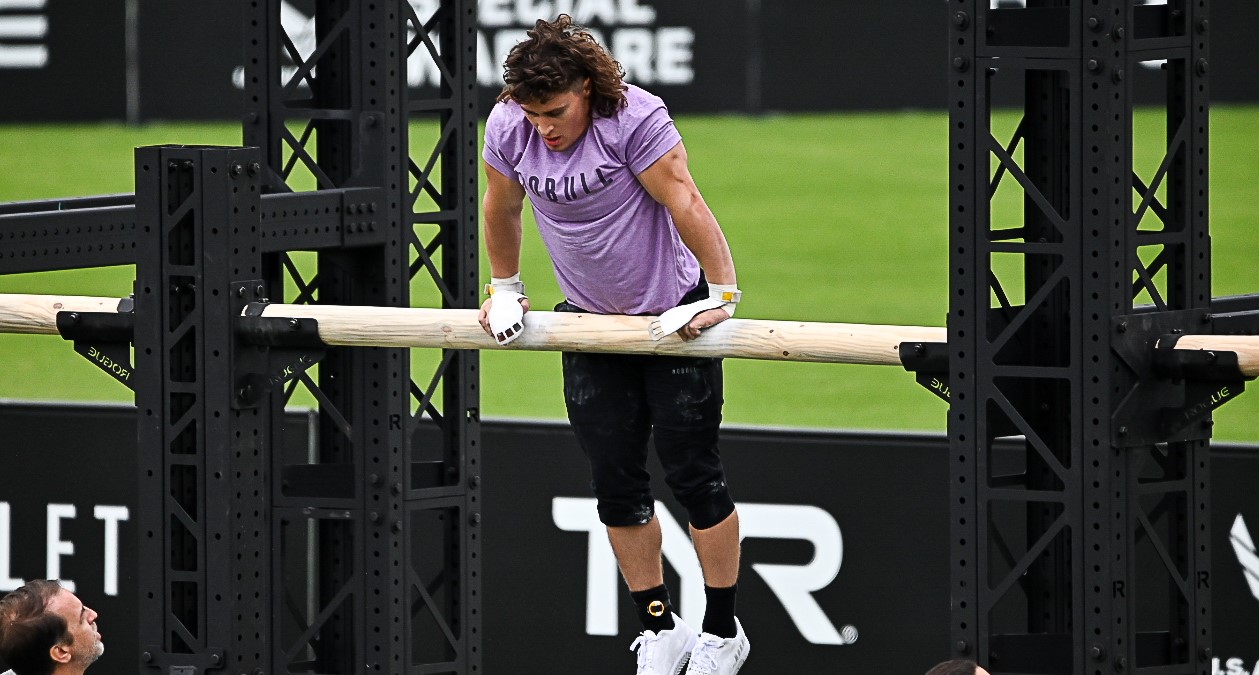 The 2021 Rogue Invitational champ is en route to another title. Justin Medeiros turned in a consistent performance during the first official day of the Texas competition, and he put himself atop the points standings.

The details: Medeiros entered Friday’s schedule sitting fifth on the leaderboard after Thursday’s run. He proceeded to kick off the day by winning “Ski Bar,” an event where he chased down Patrick Vellner in the second heat, took the lead with mere reps remaining, and posted the fastest time of the day.

“I try to go fast with a low stroke rate and hopefully it pays off,” Medeiros said about his strategy in Ski Bar. “It was a great workout.”

This performance put Medeiros in a tie for the top spot with Ricky Garard. Both men had 180 points entering the second event of the day, “Back Attack.” They each had the goal of locking up an event win and taking the lead.

Medeiros entered the final event of the day, “DT with a Spin,” in first place with 270 points. He was 35 points ahead of Adler and Roman Khrennikov. He didn’t need to win to maintain his advantage; he just needed to turn in another consistent performance.

Medeiros almost did exactly what he needed to during the final event of the day. Khrennikov jumped out to a lead with his fast pace and strategy of going unbroken. None of the other athletes could chase him down. Though Samuel Kwant and Patrick Vellner gave it their best shot.

Despite receiving the no-reps, Medeiros still ended the first official day with 350 points. He now has a 15-point lead over Khrennikov in second place and a 50-point lead over BKG in third.

What’s next: There are three events on tap for Saturday as Medeiros attempts to keep his momentum. However, the athletes only know the details of two of them. Event 6 is yet to be announced by the competition officials.

The final event of the day is a test of strength. The athletes will do a one-rep max Log Lift. The last time Medeiros truly tested his strength and technique was the 2022 NOBULL CrossFit Games when he finished fifth in the Sandbag Ladder with a 330-pound lift. 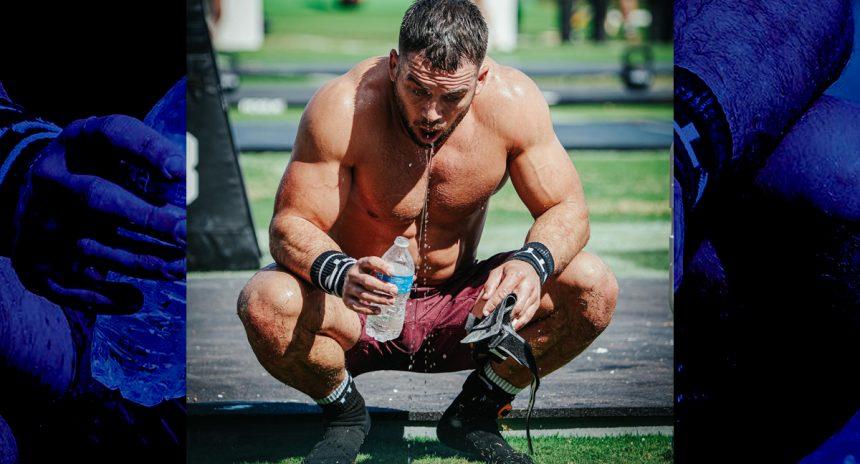 VIDEO: Ricky Garard: “I can now focus on being the best athlete I can be, putting in the work every day.”