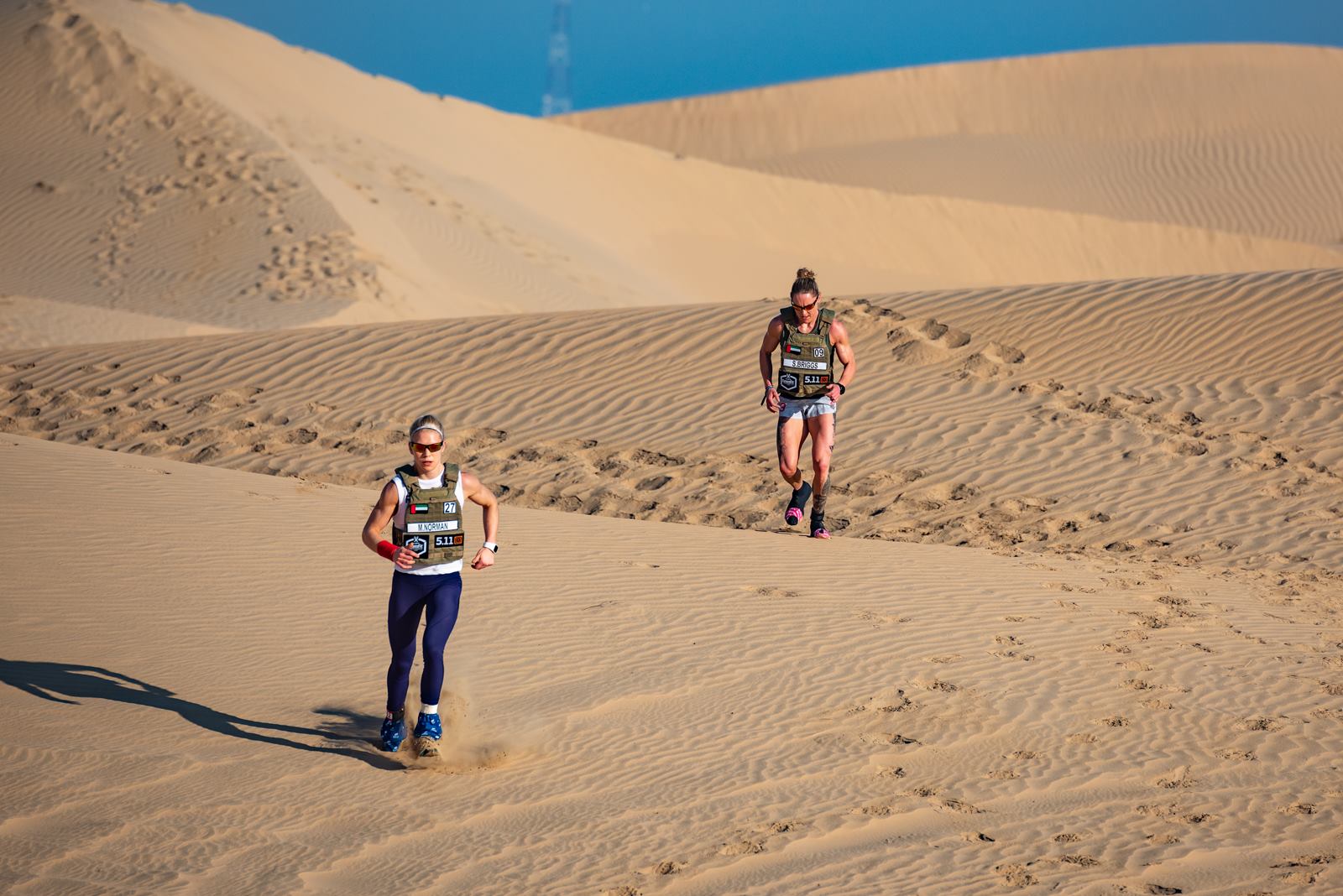 Day 2 at the Dubai CrossFit Championship consisted of only one event, but it was by far the longest the athletes will face over the course of the four days.

An 8 kilometer run through the arabian desert on varying terrain presented a technical challenge for athletes who weren’t familiar with running in sand. Rocky soil at the start quickly changed into hard pack sand during the first kilometer, but as the race progressed the landscape gave way into rolling sand dunes of soft sand and steep inclines and drops leading up to the turnaround point.

From the start Sam Briggs and Mikaela Norman separated themselves from the rest of the pack of women and were neck and neck when they reached the turn around point and ditched their weight vests.

“Once we got rid of our vests, I felt really good and knew I could push it harder and try to get ahead of Sam,” said Norman. “Towards the end of the race I had no idea where she was behind me, so I just kept running like she was right behind me all the way to the end.”

Norman had built herself a sizable lead that she maintained through to the finish to win the event, and outduel one of the sports best runners in Briggs.

For Briggs, who came into the event as the overall leader, a 2nd place finish was more than enough for her. “I saw the distance between us and the energy it would take to catch her, but I didn’t know how (Mikaela) she was feeling, so I didn’t want to risk it,” Briggs revealed “I knew I had 2nd secure, so I just kept it nice and easy to the finish.”

“I saw the distance between us and the energy it would take to catch her, but I didn’t know how (Mikaela) she was feeling, so I didn’t want to risk it. I knew I had 2nd secure, so I just kept it nice and easy to the finish.” — Sam Briggs

The finish kept Briggs on top of the leaderboard for the 2nd consecutive day and moved Norman up five spots after entering the day in 9th.

After strong performances at the Games in the running events, Laura Horvath had troubles managing the terrain and finished 25th and was never a threat to the leaders. She had to resort to kicking off her shoes after they filled up with sand near the turn around point, and finish the rest of the race barefoot. Harriet Roberts also ditched her shoes in the middle of the dunes, and more athletes followed suit, opting for barefoot or running in socks in the soft sand.

The heat of men started their 8k run 15 minutes after women, but followed a similar story to the women. It was Roman Khrennikov and Brendan Willis who established themselves as the 2 leaders early with Willy Georges as a distant 3rd.

Khrennikov came into the event looking to make up for a costly mistake in the event 2 the day prior, where he lost control of his buoy, and then a wave carried it all the way back to the swim start dropping him from 1st in the heat to dead last.

Unfortunately for Khrennikov, who outweighs Willis by forty pounds, he couldn’t keep pace with the smaller, lighter Willis once the two reached the soft sand and Willis seized control for good. They’d finish first and second in the event, and both moved up into the top 10 going into the final two days.

Willy Georges ran a quiet but in impressive race. Sitting in the 3rd position for nearly the entire event, but his 3rd place finish moved the frenchman into the overall lead after two events. He never challenged Khrennikov or Willis but kept a safe distance between him and 4th place Travis Mayer as well. Georges who primarily trains alone later revealed he has been handling his own programming to prepare after previously working with Michele Letendre and Deka Comp.

In perhaps a glimpse of what’s yet to come the rest of the weekend, Bjorgvin Karl Gudmundsson and Mat Fraser got into a back and forth race during the final 4-500 meters of the race. Gudmundsson was ahead of Fraser for 7th in the event before Fraser turned on the jets during the final stretch toward the finish and nearly caught him. Gudmundsson who was unaware of how close Fraser was, only sped up after he heard the screaming of people near the finish as Fraser closed in on him. Gudmundsson edged out Fraser for 7th by just 1 second, and the two sit in 2nd and 3rd overall heading into day 3. Just 12 points separate Willy George in 1st from 6th place Alex Kotoulas.

There are still seven scored events left as competition shifts to the Dubai Duty Free Tennis Stadium and more traditional CrossFit programming. The top 2 women, and 4 men are CrossFit Games athletes so I expect them to maintain their place at the top in day 3. 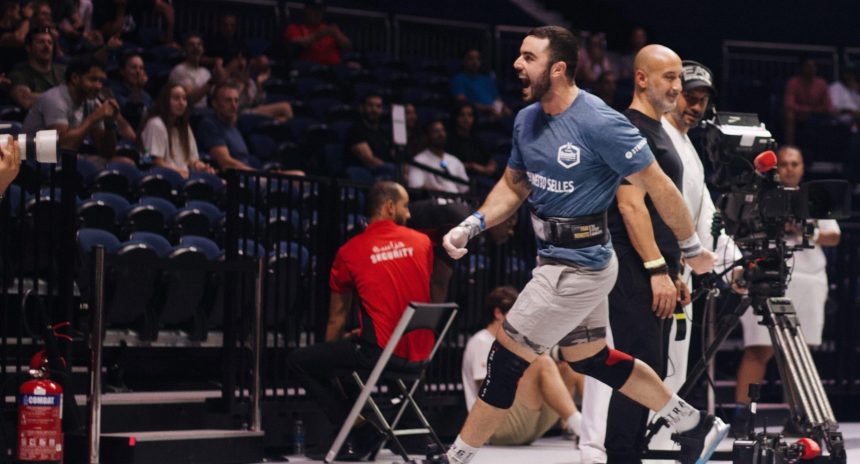 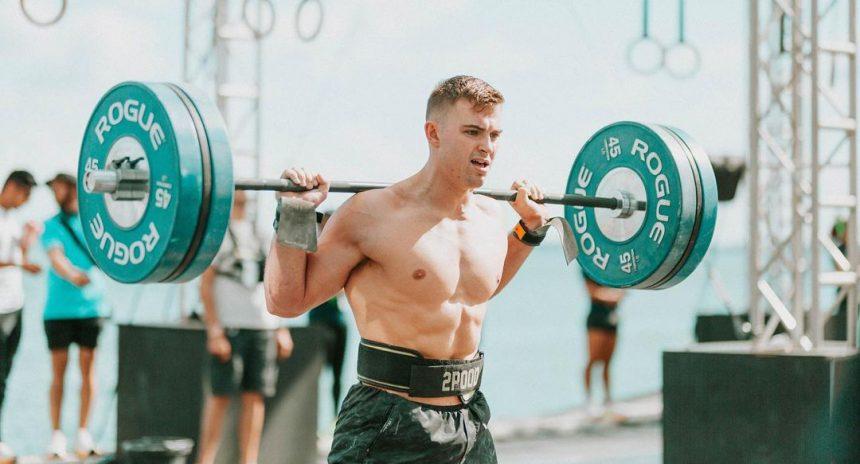 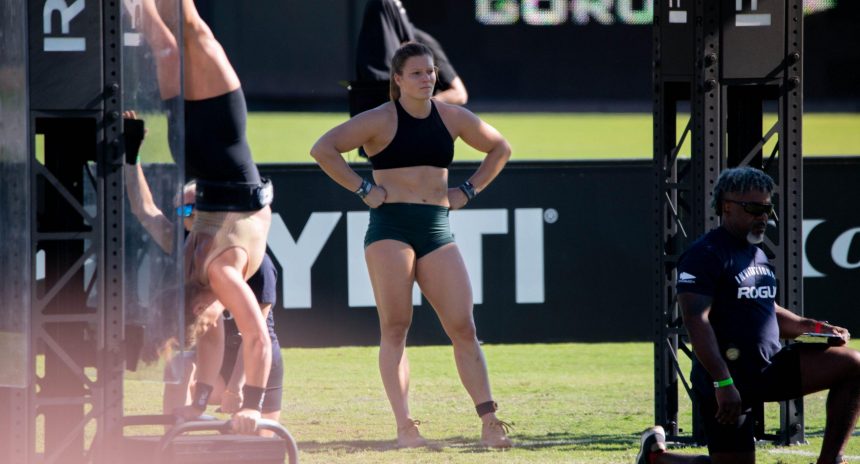