Reaching the elite ranks of any sport is incredibly difficult. Perhaps even more difficult is managing to stay amongst the elite in a sport that’s in a state of flux. In the last five years, only 33% of male rookies at the CrossFit Games make it back the following year. It’s a lesson Saxon Panchik is learning first hand as he attempted to qualify and fallen short on his sophomore campaign to the CrossFit Games.

A year after making an epic comeback to snag the fifth and final spot to Games at the 2018 Central Regional, Panchik now finds himself on the opposite side of the fence after coming up just short of qualifying on multiple occasions this season.

“It’s frustrating for sure, but it’s also something I need to be proud of too,” Panchik reflects. “Half of it is enjoying the little victories, such as I didn’t place where I wanted to in the Open but I did better than I did in any previous year.”

Though Panchik has qualified for a spot to compete in France, we won’t be making the trip to due to financial reasons. As the final sanctioned event of the season, his road to the Games ends here. However, given the fact that the CrossFit Games team has already awarded a wild card spot to Hunter McIntyre, a case could be made that Saxon Panchik should be a frontrunner for another wild card spot.

Saxon’s Season at a Glance

Panchik has had a busy 2019, competing in the Open along with three Sanctionals that started with Wodapalooza in January and ended earlier this month at the Granite Games. Each time he was just inches away from qualifying. For reference,

*Career best finish
**Athlete receiving the spot to the Games from that event is italicized.

Panchik has been on the doorstep of a Games spot every time he’s competed this season, even more so when you consider the margins in detail. In the Open, two more calories on the rower in 19.1 would have bumped him up. Just six points in Brazil, and fourteen points at the Granite Games were all that stood between him and back to back Games appearances.

The Case for a Wild Card

In a sport meant to reward consistency and that values strong performances across time it seems only logical then that the method for awarding at least a couple of the remaining wild card spots should be performance based. There are few primary ways this could be done:

*Games history lesson for the day: Tommy Hackenbruck finished 2nd at the 2009 Games after earning a spot through the “last chance qualifier,” an online qualifier comprised of regional events used earlier that year.

“I would love the opportunity for a wild card, but I also wouldn’t want it just handed to me. I think it’s something that the athletes should get to vote on.”

In the event of wild cards being awarded based on recent performance it would make sense – at least for future seasons – if a point system could be incorporated to help add some structure to the process as well, and Panchik certainly agrees.

“I would love the opportunity for a wild card, but I also wouldn’t want it just handed to me. I think it’s something that the athletes should get to vote on or incorporate the sanctioned events and use a point system. I think that would be a fair way to do it so even if you didn’t win you’ve shown that you belong.”

The Burden of Competing

On the surface level, the multitude of Sanctionals adds more opportunities for athletes to qualify, but the reality is that the physical and financial burden of competing for more than a handful of times is very challenging for all but the top athletes.

“This all gets so expensive getting to go to all of these events, and sponsors are definitely supportive but pockets are only so deep,” stated Panchik, ”and each one of these events is giving kind of like a games experience which I think is great, but if you go to multiple of them and it doesn’t go like you planned, you can really put your body in a blender.”

In a given competition, athletes will tackle anywhere from six to ten workouts at gameday intensity. Factor in recovery after the competition, some semblance of training to stay sharp, and the money it takes for food, accommodations, and travel, and most athletes simply can’t swing more than a couple competitions on top of the Open.

“This all gets so expensive getting to go to all of these events, and sponsors are definitely supportive but pockets are only so deep,”

Sponsor support and (hopefully) prize money only goes so far, evidenced by the roughly $6,000 Panchik has brought home from three events. For an athlete on the rise that doesn’t have the same sponsor support, as Panchik or other Games athletes, the price tag to compete starts to add up quickly.

A wild card spot to the Games based on performance would be an added incentive, as well as a fail-safe against cracks in a system that is still being ironed out. The sanctioned events would also benefit because it would encourage athlete attendance as well.

As it pertains to 2019 – and using the recent performance criteria without a point system – it’s hard to imagine another athlete more deserving of a wild card this season than Saxon Panchik. 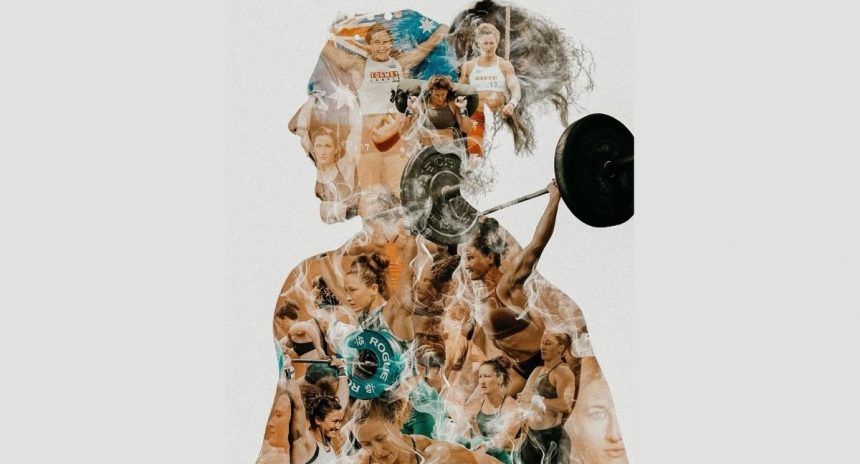 Spencer Panchik Plans to Punch his Ticket to the CrossFit Games