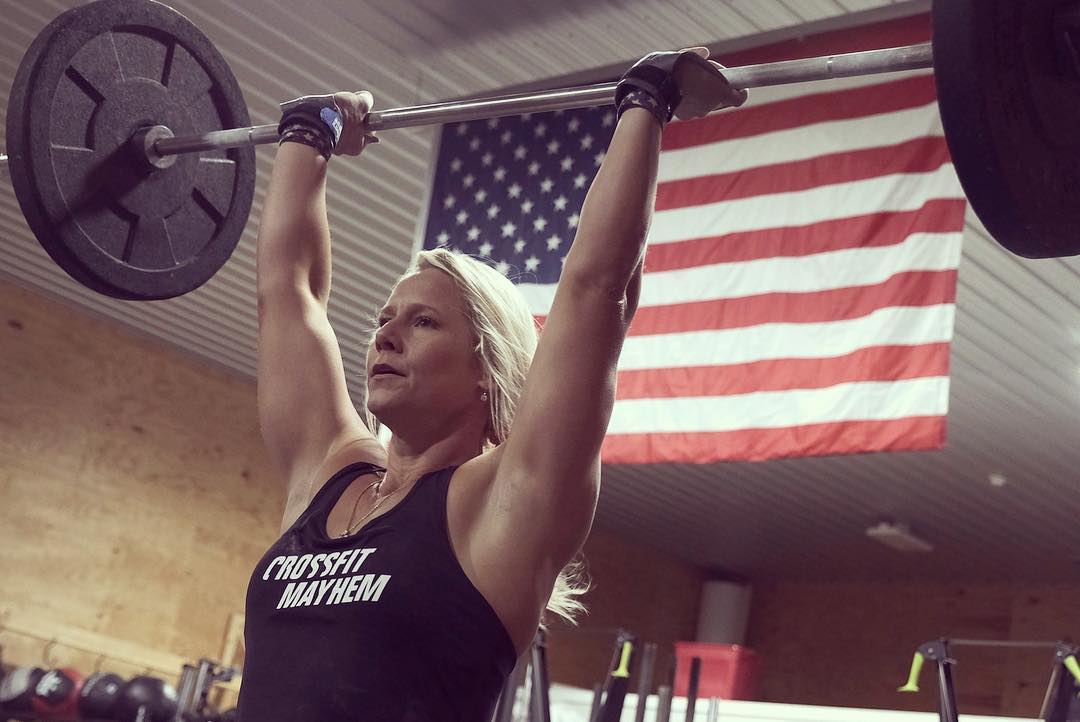 Quick side note: This means Oskarsson’s invite passes to Will Moorad and Will Moorad’s invite from Brazil CrossFit Championship passes to Saxon Panchik.

Kabboord, who was first to reveal that she’d tested positive for Clenbuterol a few weeks back, said in a statement to Morning Chalk Up: “First and most importantly, I want to thank everyone for their overwhelming support, there aren’t enough words to express my how much light each and every message has brought me during this challenging time. I am certainly disappointed right now having never knowingly taken a drug that was not prescribe to me, but ultimately I do believe we are each personally responsible for what goes into our bodies. I’m committed to moving forward with the help of my attorneys, Howard Jacobs and Katy Freeman, to continue investigating what happened, and to educate, expose, and protect athletes surrounding the specifics of this issue, my experience, and the testing process. It is my hope that this journey will produce good somehow some way, create awareness in our community, and save the future of even one person moving forward.”

Kabboord’s appeal based on meat contamination was denied by CrossFit, but HQ is reserving “the right to reopen the appeal pending the results of tests of Kabboord’s other supplements.”

Facing a four-year ban, Kabboord will be 38-years-old when she’s allowed to compete again, a de facto end to her career as a competitive athlete.

CrossFit Mayhem Independence, who qualified using Kabboord’s score for the CrossFit French Throwdown, brought in Carolyne Prevost as a replacement after the initial positive test was received. However, Independence’s eligibility status may be in question.

Kabboord’s May 4th positive test came before the French Throwdown online qualifier for teams, which ran from May 6 to 13. Her score was used to qualify for the event.

Kabboord said in a podcast that she was first notified by CrossFit after the Rogue Invitational, which ended May 19th, making it clear she did not complete the qualifier knowing she had tested positive for a banned substance.

Additionally, according to the rules posted to the French Throwdown’s qualifier, it specifically states: “In the elite category, no change in the team rosters will be allowed.” Prevost posted to her Instagram on June 18 that she would be competing with Independence at the final Sanctional.

Sun, 12:30 PM Update: Event Director Daniel Chaffey made a ruling that Mayhem Independence will be allowed to compete. He also confirmed that teams were allowed to make one substitution between the qualifier and the competition, and that more than ten teams swapped out an athlete.

When the scenario was brought up with CrossFit Games’ General Manager Justin Bergh, he emphasized that this decision lies squarely with the sanctioned event and that if Independence were to win the Throwdown an invitation would be extended to the second Mayhem team.

Organizers for the French Throwdown have not made a determination at this time but are aware of the situation.

Hinrik Oskarsson tested positive for Ostarine and RAD-140, which are classified as anabolic agents and will also receive a four-year ban. This is now Oskarsson’s second ban from CrossFit.

Oskarsson received his first suspension — only two years — back in November of 2016 after refusing to take a drug test at the Nike Iceland Throwdown 2016.

“I just received this news this morning, the same way everyone else did, via the story on the official CrossFit Games site,” Snorri Barron, co-director of the Reykjavik Sanctional, told the Morning Chalk Up. “I don’t know more about this than anyone else and I can say that we the directors of the RCC are collectively saddened by both cases of athletes failing the drug tests conducted at our event.”

Barron continued: “It has been widely reported that Hinrik had a previous drug testing issue on his track record. He was however fully eligible to do our qualifiers and compete at the RCC. This was his chance to right the previous wrongs and show what he is capable of. There was a lot of excitement, especially in the local Crossfit community, to see how he would perform and people were genuinely rooting for him to do well. He handled himself in a professional manner during the whole weekend and when he secured that ticket to Madison, everyone could see how much it meant to him. These news are therefore bitterly disappointing for the whole Icelandic Crossfit community although some will say that they are not completely taken by surprise.”

According to Barron drug testing was handled by CrossFit HQ.