Cutting the Field, at What Cost? 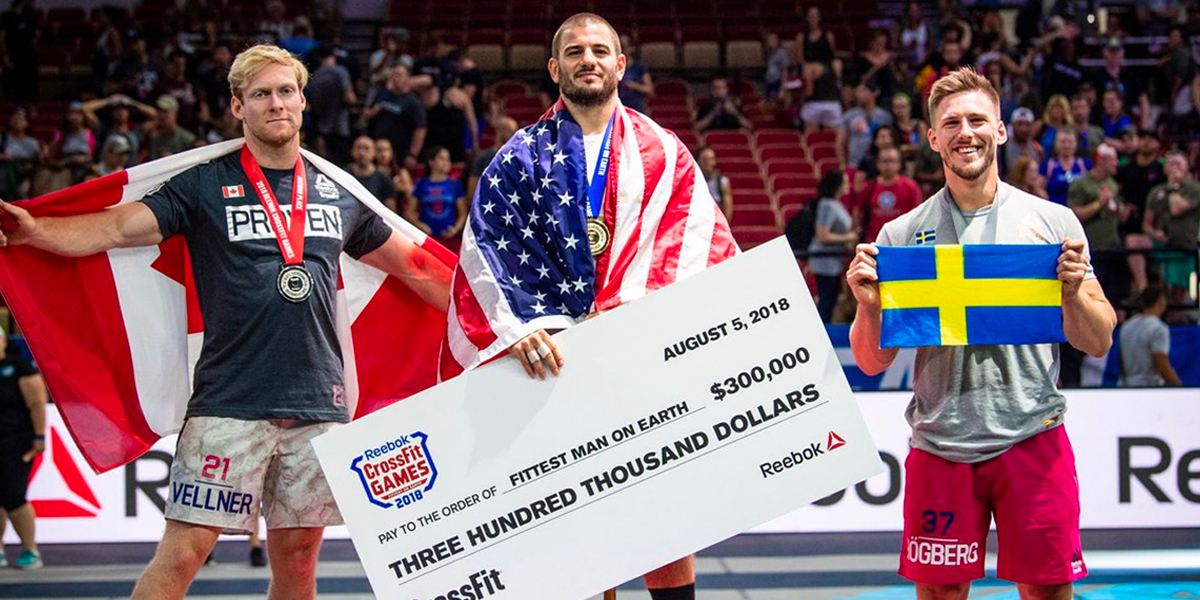 Despite the fact that there are more than a million USD on the line – for those who’ll be cut before the weekend – just showing up could be an expensive badge of honour. With 236 national champions punching a ticket, there are literally athletes commuting to compete from across the globe.

“Sponsors have helped out a lot which I’m very thankful for. We also run a small in-house coffee morning to help raise funds,” McQuaid said.

The trip is costing the Fittest man in Hong Kong, Ant Hayes, about $10,000 (USD). He said: “(My sponsors) have been able to help me out somewhat financially, but not to the extent of the number above! A lot of it has come out of my own pocket.”

Australia’s Brandon Swan will travel over with team Project X, but recalls: “My first trip to the Games (Individual, 2012) I had zero sponsors and the trip cost me $10,000 (AUD).”

“Flights to Madison from Australia are about $2500-3000 (AUD) return. Accommodation, hire cars, food etc and I think it’s safe to assume that the cost of the trip for the team would be nearing $30-40K,” he said.

This time around the team’s travel will be covered by sponsors; it’s a similar story for team CrossFit Alioth, who’s staying in a big villa with the whole team, to cut down on costs.

“I think it’s a cheaper option rather than staying in the athlete hotel,” CrossFit Alioth’s Mia Åkerlund said.

With flights from Dubai, Sweden and Norway plus accommodation, Alioth’s team sponsors were looking at $2,850 USD per athlete.

For the Fittest few, the support goes beyond financial

It’s a catch 22. Those who look to profit the most at Madison are unlikely to pay a cent in incidentals, thanks to their sponsors.

“For confidentiality reasons I can’t get into much detail here other than saying we provide our athletes event stipends for them to use toward travel and accommodations at events,” he said.

Reebok’s Andreas Gloor, who manages the brand’s athletes in the Asia Pacific, said: “Sending athletes from Asia & the Pacific Region is costly and a long way, so we certainly step up to the plate to support with the resources.”

“Our support goes far further than just ‘here is some cash, get yourself there and good luck’. We are honored to stand side-by-side with them at the airport check in, get them to the training house, feed them, provide access to facilities that prepare them for what could come,” he said.

It’s important to remember, not all athletes are getting this red carpet treatment.

Brandon Swan added: “Getting financial backing can be very challenging, especially considering many of these sponsors look after multiple athletes travelling to the games.”

To their credit, we’re yet to hear athletes crying poor and of all the competitors we contacted, not one said news of cuts so early in the competition had deterred them.

Belgium’s national champion Carmen Bosmans even joked: “If I’m out on day one – after party starts early.”

“My gym gave me $1,500 as support and organized a T-shirt sale profit to help cover my expenses,” she said.

That’s where the community of CrossFit comes in handy. Local boxes running fundraisers – everything from in-house competitions to selling supporter t-shirts. Our box made members do 50 burpees, 5km run and 500 lunges for time, in the rain! If that’s not support – I don’t know what is!

Changing the qualifying structure has also given athletes more opportunities to earn cash on the road to Madison at Sanctionals – the likes of Mat Fraser, Tia Clair-Toomey and Sara Sigmundsdóttir have already cashed in between $87,000 to $170,000 from podium finishes in 2019.

Mia Åkerlund admits the entire season could more profitable for athletes; “But for sure the other way around as well if you always finish outside of the top three, and then keep traveling. So I would say it depends how good you are, and how “lucky” you are with the competition.”

A large majority of the athletes aren’t coming to Madison to balance their books at the end of the day. It’s the pinnacle of our sport and athletes have already paid the price physically to qualify. They don’t seem too phased forking out a bit of coin to compete.