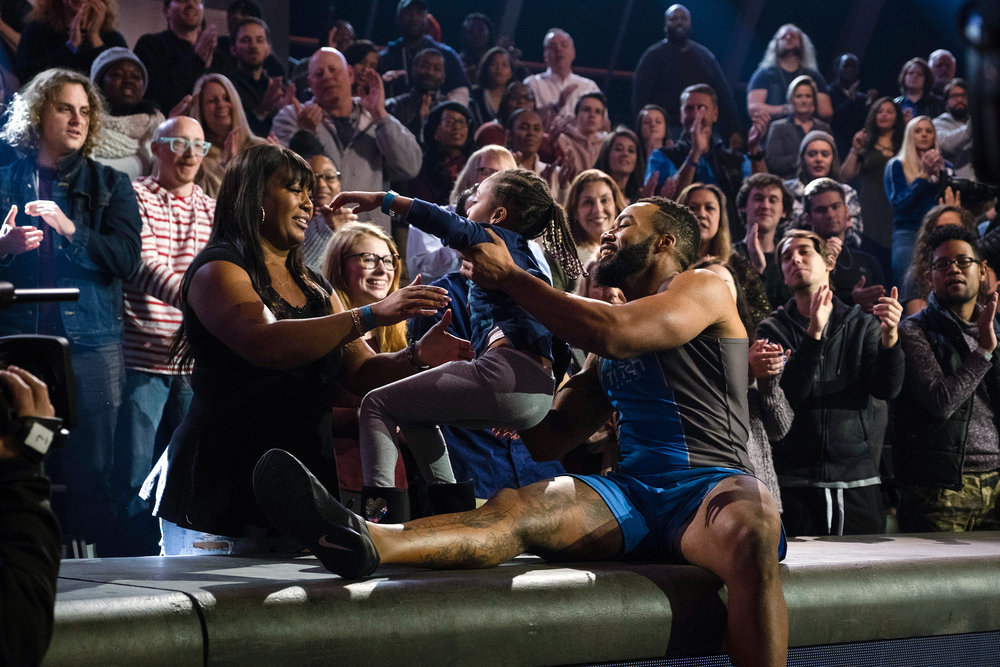 On NBC’s The Titan Games, the East Region kicked off competition to crown its Titan on Monday evening. CrossFit coach and DJ Kareem Brinson was center stage in the competition as he represented his home state of New Jersey with a chance to face Dwayne “the Rock” Johnson’s hand-picked Titan, five-time UFC champion Tyron Woodley on Mount Olympus.

Event 1, “Nuts and Bolts:” Brinson would face high school teacher and basketball coach William Sutton for that chance to claim Titan status on Mount Olympus starting with “Nuts and Bolts” in the opener of the best-of-three eliminator.

Event 3, “Herculean Pull:” Mount Olympus awaited for either Brinson and Sutton as they stood tied at one event apiece. Whoever won the third event would take on Woodley for the chance of representing the East Region in the Finals.

What’s next: Sutton would go on to upset Woodley on Mount Olympus to claim East Region Titan honors.