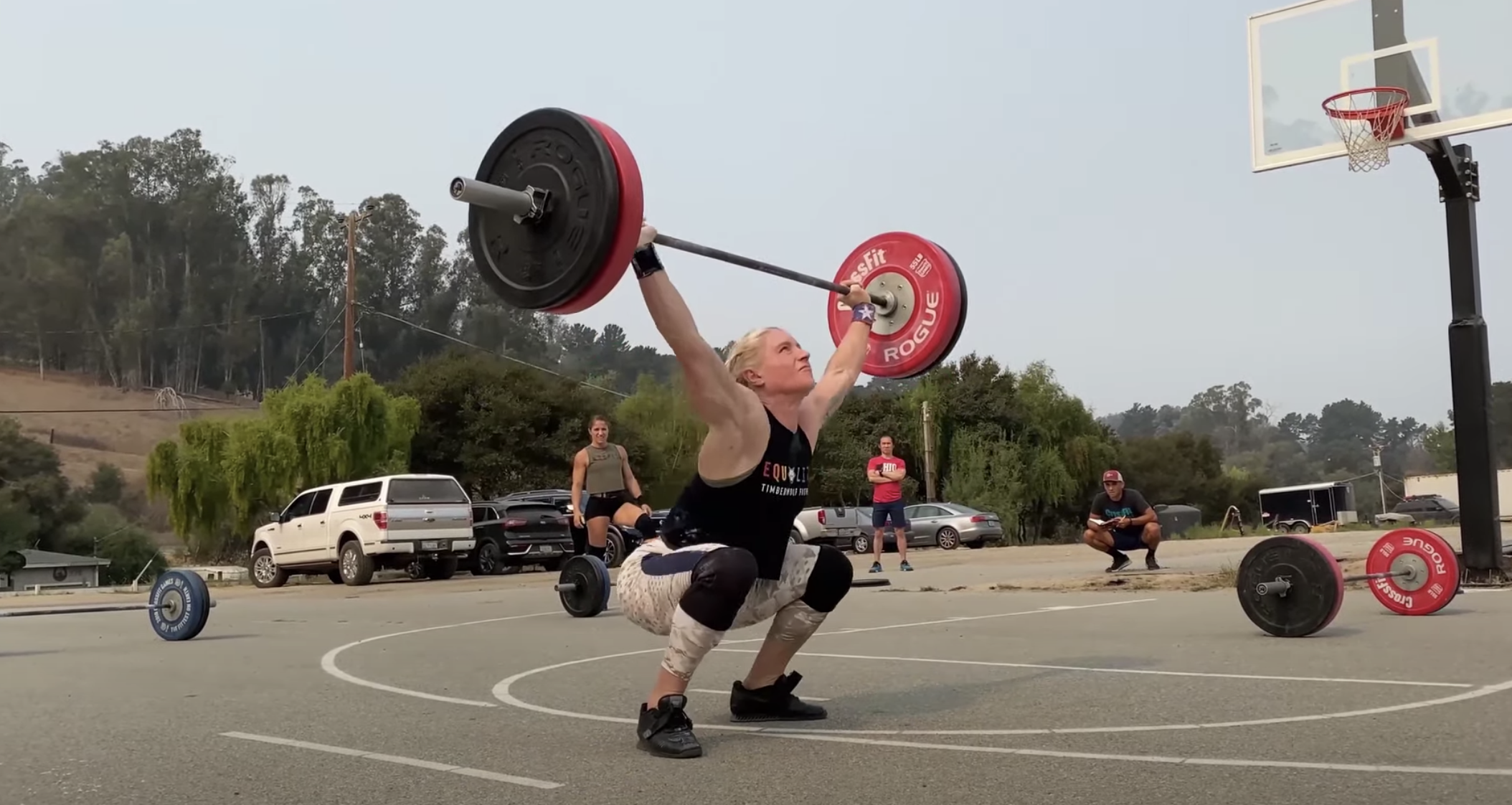 Four total testers went through the Snatch Speed Triple workout (two men and two women) as shown in a CrossFit workout analysis video. In that video, Head Judge Adrian Bozman offers some insight into how the workout was programmed and the weights were chosen.

How the testing athletes performed: Brandon Lucket, Saxon Panchik, Andrea Nisler and Kristi Eramo O’Connell performed the event head to head (times below). What we don’t know is how many times they performed this workout and at what varying weights which could have a huge impact on their performance.

One big thing: Nearly all (but not all) these athletes can hit the top-end weight, but the Snatch Speed Triple comes after at least six other events, which will absolutely take a toll as the load increases.

My own personal picks to win this:

All 5 athletes will begin the first round, performing 1 snatch at each of the three progressively heavier barbells. After each round, the slowest athlete will be eliminated, while the remaining athletes will rest 2 minutes before beginning the next round.