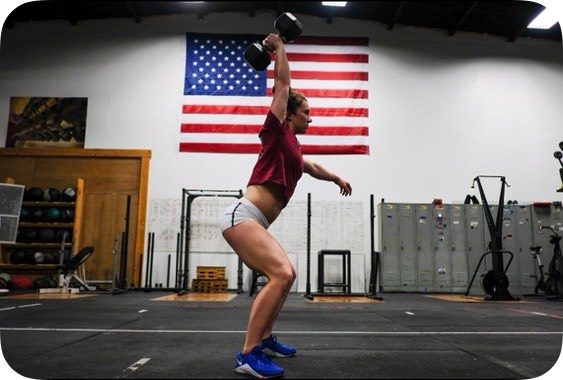 If you were among the people that thought the performances of the athletes in the teen division during the opening workout of the 2021 NOBULL CrossFit Games Open were flukes, a look at the unofficial leaderboard after scores were submitted for 21.2 on Monday will make you think again.

This is week two of our three week review of the teen division and recent teen alums and how they stack up against the top athletes on the Open leaderboard.

Again the results are unofficial as the leaderboard will not be confirmed and finalized till all scores have been verified on Wednesday evening.

Girls 16-17 Division: Two huge storylines have now developed after Monday’s score submission 1) Two teens sit atop the overall leaderboard and 2) Emma Cary becomes the youngest athlete ever to win an Open workout (unofficially until her score is validated).

Boys 16-17 Division: The boys division unfortunately didn’t have the success that their female counterparts had in 21.2 or on the overall leaderboard, however there were still some notable performances and a number of the teens are in Quarterfinal invitation spots. The biggest takeaway looking at the boys leaderboard is that the top-ten is represented by ten different countries.

Age Group Alumni: This elite group continues to make their impact on the leaderboard in week two of the Open. The boys division alum made a push during 21.2 and their performances moved them into the top-50 of the overall leaderboard.