Amy Morton: Setting Her Sights on the CrossFit Games, and So Much More 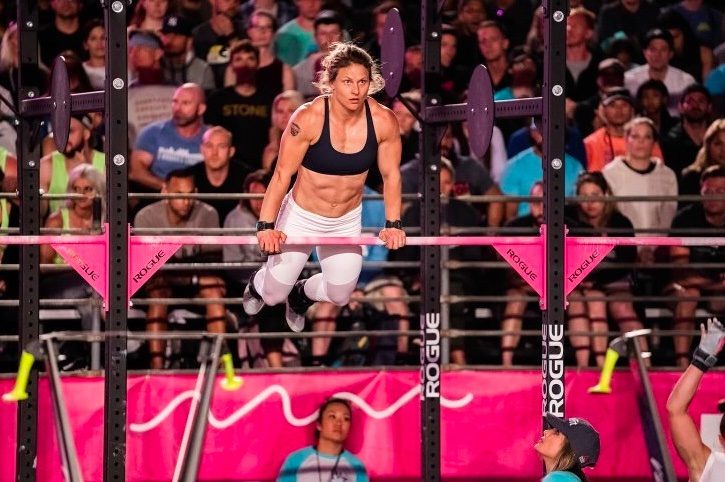 In case placing 32nd in North America in the CrossFit Quarterfinals isn’t impressive enough, try doing it as a full-time mother with a career as a Senior Orthopedic Research Engineer, with only 60 minutes a day for training. This is 33-year-old Amy Morton’s reality.

More on Morton: Though relatively unknown to CrossFit fans, Morton isn’t new to the sport. She competed at Regionals twice on a team and was the alternate on the Ocean State CrossFit team who placed 14th at the CrossFit Games in 2017. She also qualified to both the Atlas Games and Asbury Park Sanctionals last season, but both were canceled due to COVID-19.

One big thing: Morton doesn’t even have a personal coach, nor does she follow an individualized program that is designed to tackle her specific weaknesses and help her peak at a specific time of the year. She has risen through the ranks simply by joining in on group classes at Ocean State CrossFit in Cranston, RI with her partner Stuart Swanson, who has competed at the CrossFit Games twice in the Men’s 55-59 year-old division.

Looking ahead: Morton admits she learned a lot about her weaknesses during Quarterfinal weekend, namely about how she needs to improve her ability to handle multiple hard efforts on one day, for multiple days in a row, in the next seven weeks before the Semifinals.

On the CrossFit Games: When asked if she thinks she can make it to the Games this summer, Morton took a deep breath, let out a sigh and said, “I think I have to believe.”

While Morton would love to qualify for the Games this summer, what’s more important to her is continuing to live a balanced life pursuing a career she loves and being a good mother.

May 9 by Morning Chalk Up
More Profile