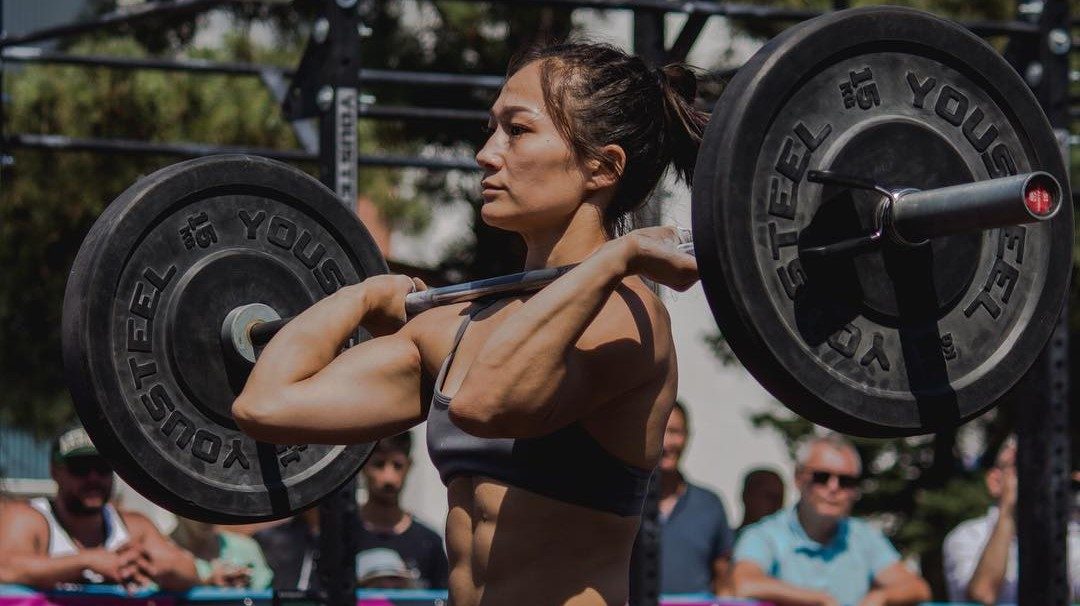 The CrossFit Asia Invitational continued on Saturday with two more events for the individual and team competitors. Several athletes, especially those from the Russian Federation, started the day in position to contend for the 2021 NOBULL CrossFit Games. Although they had to make up some ground after receiving penalties at the end of the first day.

Russia’s Svetlana Veselova turned in a very strong performance during the first day of the CrossFit Asia Invitational, but she lost some positions during the second day. Veselova finished fourth in Event 3 but only managed 17th in Event 4. She dropped to fourth on the leaderboard.

Svetlana Kubyshkina started the CrossFit Asia Invitational with a win in Friendly Fran and then turned in a very strong second day. She won Event 3, her second of the weekend, and then finished seventh in Event 4. Kubyshkina took over the top spot on the leaderboard.

Korean athlete Seungyeon Choi originally held the fourth spot after the first day of competition, but she jumped to third with back-to-back top-10 finishes. Her best performance was second in Event 4, helping her leapfrog Aizhan Zharasova, who finished 13th in the final event of the day.

The women’s division featured a four-way tie at the end of the first day, but only two maintained this competitive pace. The Russian Federation’s Alexsandra Buzunova and Japan’s Yuko Sakuyama both contended for top finishes during the second day racking up a total of 308 points after four events.

Two of the Russian Federation’s top athletes — Roman Khrennikov and Stas Solodov — showed why they entered the weekend as favorites with strong performances on the second day. Khrennikov won Event 3 and finished ninth in Event 4. Solodov, on the other hand, posted seventh and sixth-place finishes to reach 348 total points. He ended the day in a tie for the top spot with Khrennikov.

Russian Federation athlete Aleksandar Ilin kicked off the first day of competition by winning the first two events. However, he started the second day with a 15th-place finish in Event 3. This outing dropped him in the standings, but he bounced back by taking second in Event 4.

Kyrgyzstan’s Denis Samsonov made positive strides during the second day of competition after originally rounding out the top five. He posted top-five finishes on the second day and moved into fourth.

The final athlete with a Last Chance Qualifier spot, Morteza Sedaghat, sat in sixth at the end of the first day. He made moves during the second day, winning Event 4 and adding 100 points to his total.

Kolesnikov Team is off to a dominant start to the CrossFit Asia Invitational. The team has three event wins and a second-place finish, giving them a 25-point lead over second. The team is only two events from a historic trip to the 2021 NOBULL CrossFit Games.

The winner of the Team Quarterfinals in Asia, Team Dubai has performed steadily during the first two days of competition. The team has not finished outside of the top-four in any event and has won one.

CrossFit Muharraq struggled slightly during the second day of competition, finishing ninth in Event 4. However, a third-place finish in Event 3 helped them maintain the third position.

What’s on tap for day three:  The individual and team athletes will have two more events in which to make moves and lock up a spot at the 2021 NOBULL CrossFit Games. Event 5 is a triplet consisting of rowing, handstand walks, and legless rope climbs. This workout will test the engines and gymnastic abilities of the athletes as they fight for points.

The final event is “Grettel,” one of the newest additions to the infamous Girls workouts. The individual version is 10 rounds for time of three clean and jerks (135, 95) and three bar-facing burpees. The teams, on the other hand, will take on two different Girl workouts. One male-female pair will do Grettel while the other will do Ingrid, which is 10 rounds for time of three snatches (135, 95) and three bar-facing burpees.