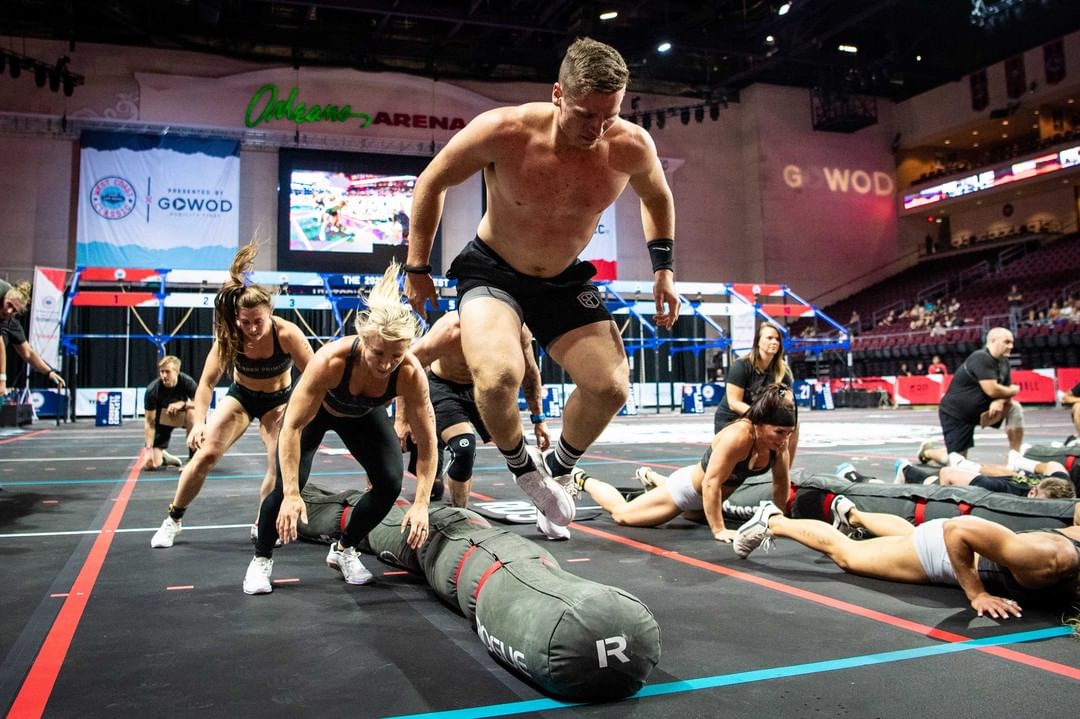 Earlier this week, we looked at the many individual records that were broken at last weekend’s West Coast Classic in Las Vegas, NV, a Semifinal that featured events that have previously been tested at Regionals competitions, the CrossFit Invitationals, or the Games between 2013 and 2019. Across the board, the individual performances crushed scores of the past, not just at the regional level, but also at the Games.

Two notable improvements: Arguably the two biggest areas of improvement spectators witnessed at the West Coast Classic in the team competition were the athletes’ worm proficiency — a piece of equipment that was introduced to the community at the Games in 2013 — and their clean and jerk numbers.

The Worm: Two events in Las Vegas featured the worm — the Squat Burpee event from both the 2013 and 2014 CrossFit Games — and Event 6 from the 2018 Regionals, an event that featured 144 handstand push-ups while a second athlete holds the top of a handstand, followed by a 144-foot team walking lunge with the worm.

One big thing: The first event weekend at the West Coast Classic was the thruster, legless rope climb workout programmed both at Regionals in 2016 and at the 2015 CrossFit Invitationals, an invite-only competition made up of the top athletes from the Games representing the United States, Canada, Australia/New Zealand and Europe. The top time from last weekend weekend — 14:26.95 from Invictus Unconquerable — annihilated the top time from the 2016 Regionals — 20:45.03 by CrossFit Parallax.

The bottom line: The team competition from the West Coast Classic is but more evidence of the ever-increasing depth on the competition floor today. And while it’s not always the case, team athletes tend to be considered a bit less well-rounded or less fit than those who compete as individuals; however, in 2021, those who competed on a team at the Semifinal level would undoubtedly be able to keep up with the best of the best from just a few years ago.