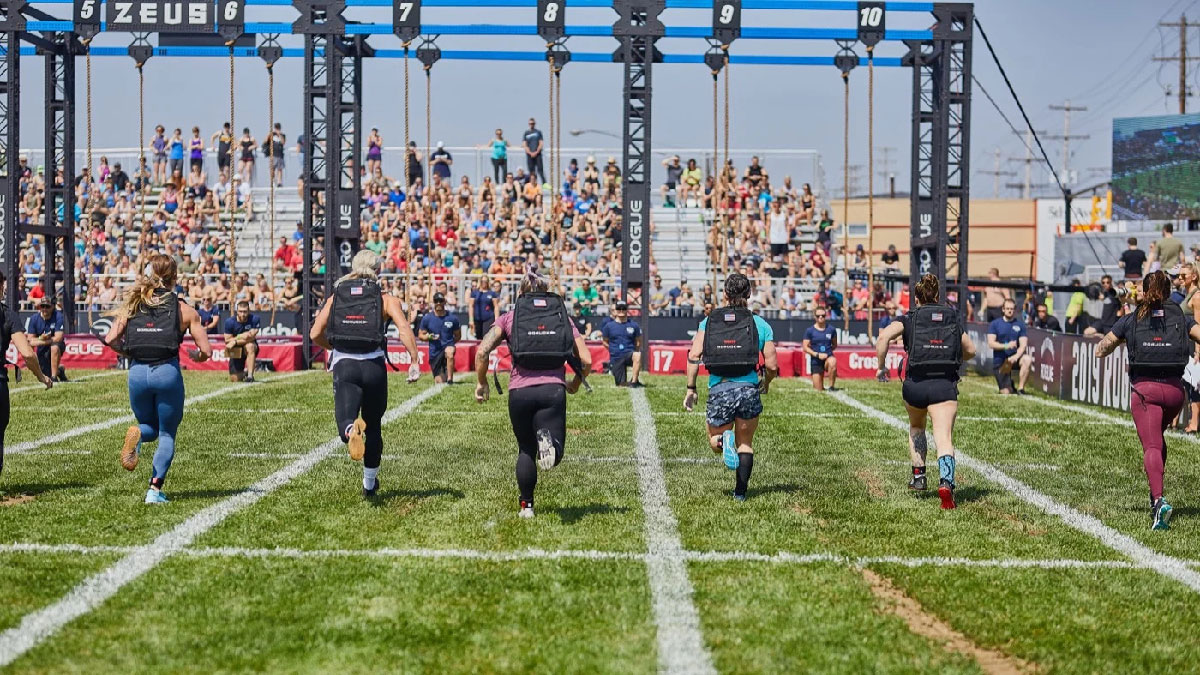 Here’s something you’ll be hearing us say a lot over the next several months: every athlete will be walking away with a guaranteed payout.

Why? Because three of the biggest off-season competitions are doing just that: paying out every athlete on the roster.

It was just a few years back when the Dubai CrossFit Championship set this new standard by not only awarding every athlete competing a guaranteed payout but also awarding prizes for placement in the qualifier.

That meant just by showing up to the 2018 Dubai CrossFit Championship an athlete was guaranteed to take home $1500 minimum. I know Dubai is an expensive trip, but Madison can be even costlier for European and Oceania athletes.

Now other competitions like Rogue and Mayhem Desert Heat are following suit.

On top of offering the largest prize purse ever offered in an off-season competition ($1.5 million), Rogue is supporting athletes with up to $2000 for travel, four nights hotel accommodation, and a guaranteed payout of nearly $6,000. Plus, there’s no registration fee.

You know how they did that? They tied payouts directly to ticket sales and created a first of its kind bitcoin payout that allowed the purse to balloon even higher.

Even Mayhem Desert Heat, which is in its first year, is paying out every athlete on the roster, offering partially subsidized hotel, free airport transfer and post competition cultural experiences.

Get this: Since 2019 when the Rogue Invitational first started, they’ve increased the first place prize payout a whopping 400%, while the CrossFit Games has only increased theirs by 24% over a decade. Games athletes still pay a $250 registration fee and don’t receive any discounted hotel options or stipends even though it’s their names on NOBULL shirts being sold and their fitness that’s filling the stadium seats.

Since 2019 when the Rogue Invitational first started, they’ve increased the first place prize payout a whopping 400%, while the CrossFit Games has only increased theirs by 24% over a decade.

CrossFit also only pays out the first 20 finishers, while the second half go home empty-handed unless they take first, second or third in an individual event.

To be fair, you can’t have the Rogue Invitational without the CrossFit Games. That is to say, proving your fitness at the CrossFit Games is what gets you an invite to Rogue, and that’s reasonable, and the Games is a different animal altogether, much larger and less able to pivot on a whim. And, winning the Games will always remain the crowning achievement in the sport of fitness, but a decade after this payout system was implemented, it remains largely unchanged and has only increased 24%.

Even with COVID, outside competitions have made significant strides to continue moving the sport closer towards financial viability, offering new incentives to athletes and setting a new standard for an elite event. From where I’m sitting, I’m not seeing the same approach coming from the top of the sport.

CrossFit has yet to outline the full scope of their 2022 season, including payouts, and specific details surrounding next year’s Games. And as they reassess the new season I hope they take notice of what others are doing and find ways to set a new standard by which other events can hope to strive for.

Until then, one thing remains clear: the precedent of paying all athletes that began in Dubai is starting to take hold. And as more competitions invest financially in providing value to athletes, the sport will continue to grow and provide opportunities for athletes to fully invest in this sport.