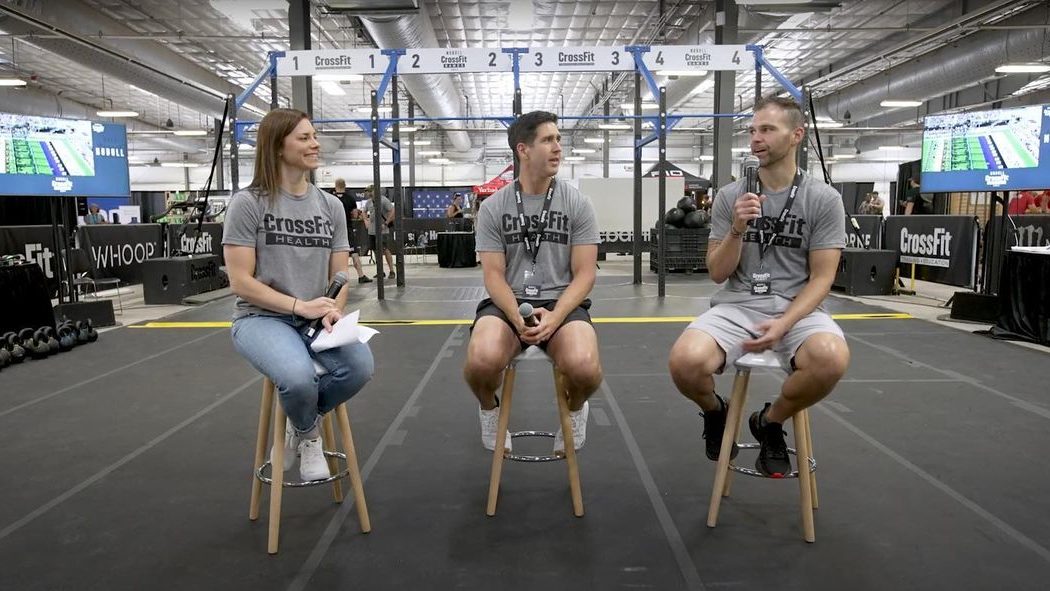 But while the stated intention of these services appears to be to expand the pie, so to speak, Nicole Aucoin, the owner of CrossFit HSN in Lighthouse Point, FL and the founder of Healthy Steps Nutrition, a company that has helped more than 700 gyms launch nutrition programs since 2015, told the Morning Chalk Up she’s concerned these services might be more of a way for CrossFit LLC to take a larger slice of the pie, possibly at the expense of the affiliate owner and the nutrition services many are already offering.

In recent weeks, CrossFit’s job postings website has been advertising that they’re hiring Health Coaches, and they have been introducing some of the recently hired ones to the community on social media to work with those who sign up for a CrossFit Precision Care subscription.

Some of their posts include a call for action at the end, such as: “Want to work with Fiorita or another one of our amazing CrossFit Precision Care health coaches? Request beta access at care.crossfit.com.”

Aucoin recently took the CrossFit Nutrition course, and while she expressed a favorable opinion of the content itself—”I think it’s really well done and it’s nice to see habit-based coaching talked about and being the prescription CrossFit is recommending,” she told the Morning Chalk Up— but she also wrote a blog expressing her concern that the goal of the course might be “the beginning of a funnel for something bigger.”

“Something bigger,” she told the Morning Chalk Up, is her suspicion that the Nutrition Course will become a way to shuffle course participants directly to a CrossFit-employed Health Coach, possibly taking away business from affiliate owners who have built their own nutrition coaching businesses in the process.

CrossFit has “two options,” Aucoin explained. “Start promoting health coaching through CrossFit Precision Care, or guide clients to sign up for habit-based coaching at their affiliates.”

Though she hopes it’s the latter that will happen, she fears it might be the former.

“When CrossFit Precision Care launched, gym owners started asking questions regarding the health coaching component. Many gym owners offer this service within their affiliates. When senior leadership was addressed with concerns, they told gym owners, including myself, that they were not aware of the details of the program and that the impact on gym owners ‘was overlooked,’” Aucoin wrote on her blog.

She added: “Julie Foucher is one of the co-founders of CrossFit Precision Care. She has never owned an affiliate (and) neither have the two doctors who founded Wild Health. They created a program that was only through their lens of helping people get healthy. How could they understand the impact it would have on affiliate owners if they never worked in an affiliate or were an affiliate owner?”

In light of this, Aucoin is adamant the impact on affiliate owners wasn’t ever really considered.

“I hope they do the right thing to help affiliate owners make nutrition the foundation of their businesses. I’m a little weary that (that) will actually happen, but we’ll see what happens. Time will tell,” she told the Morning Chalk Up.

Other Nutrition Coaches Ring in

Meredith Root, the owner of Tactic Functional Nutrition who also publishes a weekly nutrition-focused column for Morning Chalk Up, and Jennifer Broxterman, a registered dietitian and founder of NutritionRx, as well as the creator of the Two-Brain Nutrition Course, are both supportive of CrossFit releasing a nutrition course for its ability to spread information about healthy eating; however, Broxterman also thinks it will largely become a way to generate revenue for CrossFit-owned and operated Precision Care, while Root sees it as a reason for nutrition coaches to expand beyond the CrossFit community.

“This is a $120 nutrition course. It’s educational…In the absolute best-case scenario, it actually helps someone change their life in a positive way,” Root said.

“It is never threatening to see other organizations expand the pie when it comes to nutrition coaching and encouraging more healthy eating…We need more of us to be working together, not fighting over our piece of the pie. There are more than enough clients to go around that we can all play a role,” Broxterman offered.

That being said, Broxterman added: “I also think this is likely a lead magnet and potential sales pitch for a CrossFit Health subscription, although that’s not explicitly stated on their sales page, it’s just my hunch.”

Further, both Aucoin and Broxterman pointed out the price point of the course—$120—adds to their suspicions of the course being a lead magnet.

“I think they’ve priced it much lower than the rest of the nutrition certifications currently in the industry—(often) $1000-$2000 per person—because it’s not actually about selling the CrossFit Nutrition course. It’s a lead magnet to get people hyped and locked into the CrossFit Health, CrossFit Precision Care (and) Wild Health monthly subscription, which is why they’re willing to lose money on the front end to make money on the back end. This is just my educated guess,” Broxterman said.

There are more than enough clients to go around that we can all play a role.

Root added: “For what it’s worth, I think smart coaches and companies will begin to branch out from the CrossFit space. That’s what Alex (Parker) and I have done with Tactic (Functional Nutrition) and while we still get many of our clients from the CrossFit space, about 30 to 40 percent come from endurance and mountain sports now. It’s a way to hedge our bets because CrossFit (the organization) is and always has been a wild card.”

A spokesperson from CrossFit told the Morning Chalk Up that the Nutrition course was not created with the intention of creating a database to funnel potential clients either to a CrossFit Health coach or to local affiliates who offer nutrition coaching.

“The course is designed for education, not data collection or marketing,” the spokesperson said, adding that they hope the course “will provide CrossFit coaches and affiliate owners another tool to educate their athletes on CrossFit’s Nutrition recommendations and be a resource that affiliates can leverage in their efforts to get people to eat better.”

About why CrossFit created the course, the spokesperson explained it was “because, according to coach survey results, nutrition education is something our community would like to see more of from CrossFit.”

They added: “We know there are some affiliates who have very strong nutritional programs that have been helping their athletes thrive and improve performance for years, and this is by no means a substitute for that nor promoted as such. We also know there are even more affiliates that don’t have such programs and could benefit from having a trusted place to either refer members or get more educated themselves so they can bring what they learn back to their community.”

What Should Affiliates do?

Aucoin suggests affiliates that offer various habit-based nutrition coaching, such as HSN Nutrition, should use the release of both Precision Care’s CrossFit Health Coaches and the CrossFit Nutrition Course to their advantage.

“The fact that CrossFit Headquarters is promoting habit-based coaching is now going to give you authority because you already offer this service inside your affiliate,” Aucoin wrote on her blog, adding that affiliate owners should use this as an opportunity to promote their nutrition programs now “more than ever.”

She added: “If I were a gym owner who didn’t offer nutrition and didn’t want to offer nutrition, I would be asking for a kickback if my members signed up for health coaching and nutrition coaching through CrossFit Precision Care.” 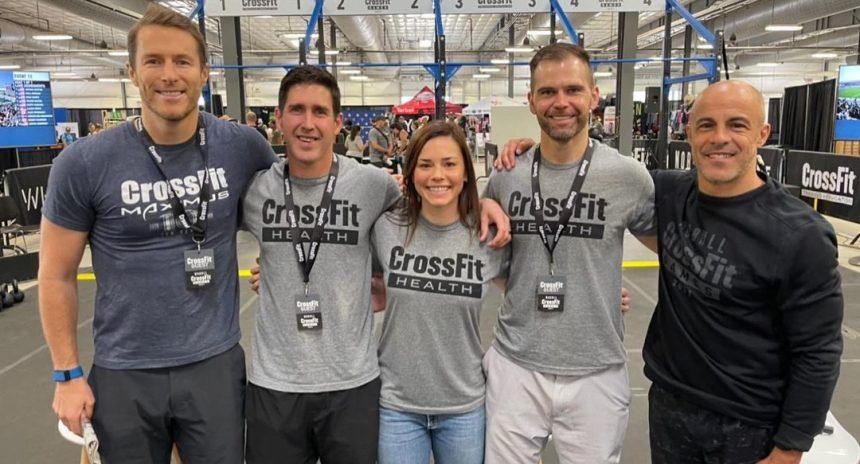