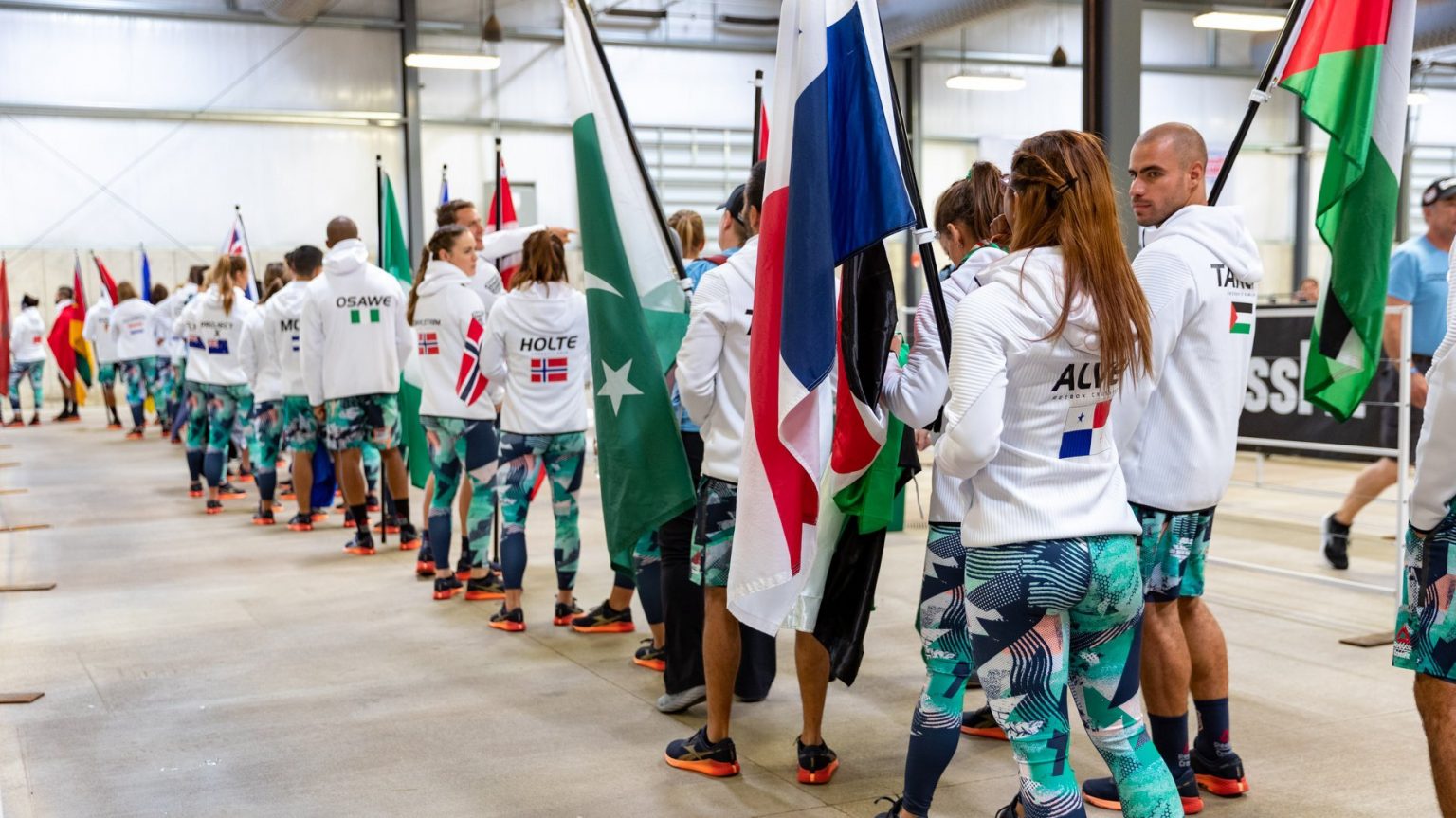 CrossFit has released a statement on Ukraine on its website, condemning the Russian military’s actions in Ukraine while also stating they will not recognize the governments of Russia or Belarus, and will remove those countries’ flags and names from the profiles of individuals and team competitors.

A CrossFit spokesperson clarified, however, that Russian and Belarusian athletes will still be able to compete in CrossFit sanctioned competitions.

Read the full statement below:

Remind me: Russia’s unprovoked invasion of Ukraine has largely galvanized the international community against the country, led by president Vladimir Putin. The North Atlantic Treaty Organization (NATO), which includes the United Kingdom, the U.S., Canada, France and Germany have already brought down heavy economic sanctions on Russia, while Ukranians have taken up arms across the country in response to the invasion.

Ukrainian CrossFit athletes took to CrossFit’s online Open leaderboard, posting top scores that linked to protest videos concerning the Russian invasion of Ukraine instead of workout videos for 22.1. CrossFit has since taken down the videos.

Russian CrossFitter Roman Khrennikov released a statement on the situation on his Instagram, denouncing the violence and calling for “peace and friendship”. Khrennikov recently secured a multi-year visa to travel to the U.S. where he will finally get a chance to compete in person at the CrossFit Games.

“We will neither tarnish our global game, nor dishonor Ukraine, by taking the same field as Russia, no matter the level of competition or circumstance, until freedom and peace have been restored.”

The big picture: Earlier this week, the International Olympic Committee executive board recommended in a statement that international sports federations and organizations “not invite or allow the participation of Russian and Belarusian athletes and officials” in order “to protect the integrity of global sports competitions and for the safety of all the participants.”

If that is not possible due to short notice, the IOC urged organizers to “do everything in their power to ensure that no athlete or sports official from Russia or Belarus be allowed to take part under the name of Russia or Belarus. Russian or Belarusian nationals, be it as individuals or teams, should be accepted only as neutral athletes or neutral teams. No national symbols, colors, flags or anthems should be displayed.”