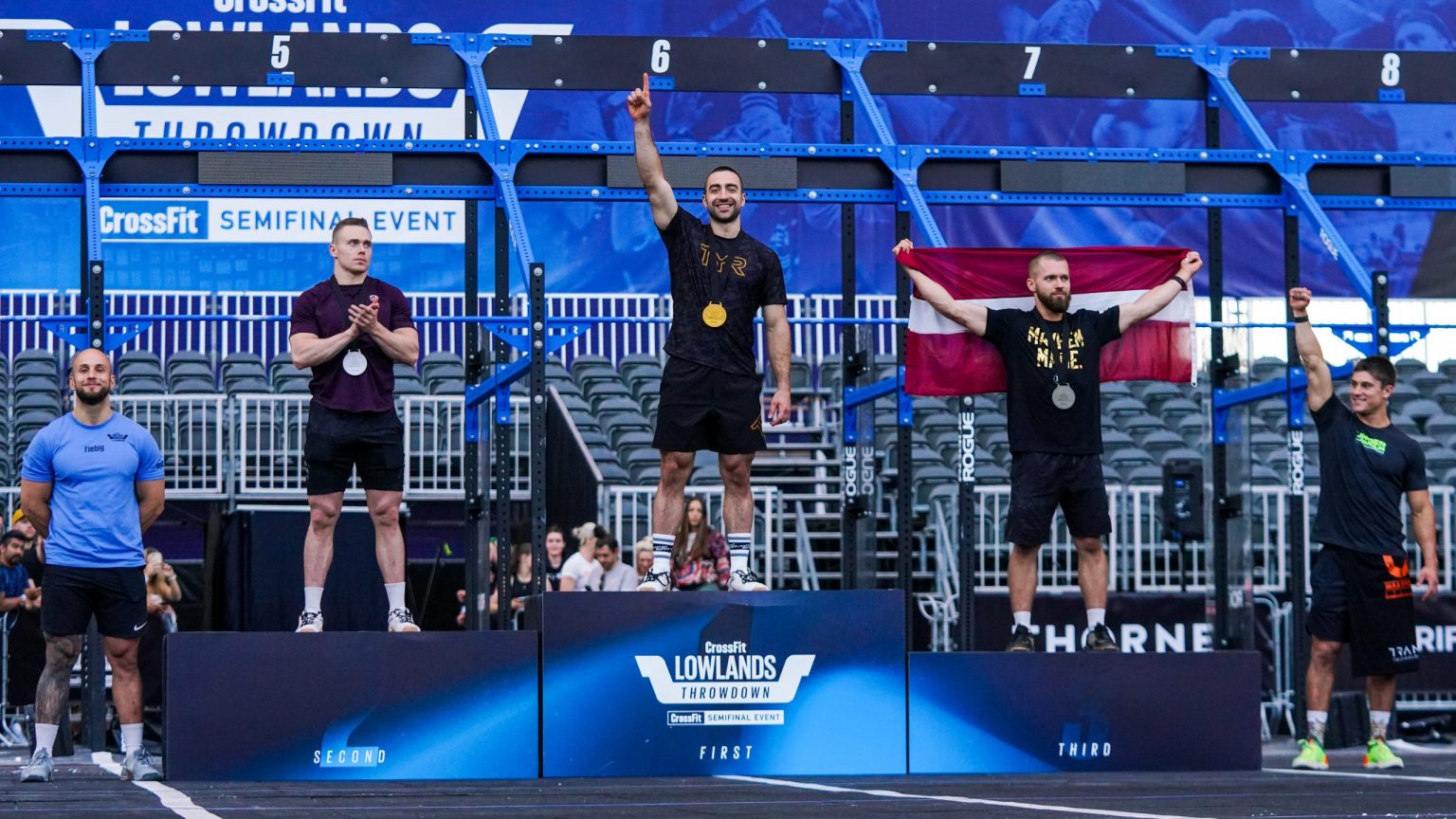 When Lazar Dukic crossed the finish line to close out the final event of the 2022 Lowlands Throwdown, he instantly turned his attention to Lane 8, using his last bit of energy to cheer on his younger brother Luka. Four minutes and eleven seconds after the event began, Luka crossed the finish line greeted by a celebratory embrace from his brother.

They had qualified for the CrossFit Games together once again… right? Not so fast.

Heading into the event, Luka Dukic was in 6th place, only one point behind Adrian Mundwiler. Luka came 6th in his heat with a time of 4:11, overtaking Mundwiler by four points.

However, CrossFit is a sport of margins. And German Moritz Fiebig used every bit of margin he had to earn his first-ever invitation to the CrossFit Games.

Dukic had an 18 point lead over Fiebig after five events, but Fiebig’s 100-point event win overtook Luka’s 68 points for ninth, leaving the youngest Dukic brother and CrossFit Games veteran in sixth place, 13 points away from qualification and a berth in the Last Chance Qualifier.

The realization that his brother may not be joining him in Madison led to a moment of conflicting emotions for the Lowlands champion. As his name was announced, Lazar Dukic managed a wave to the crowd, clearly upset by the final outcome for his brother.

Lazar shared in a text to the Morning Chalk Up: “Feels great, but bitter sweet, the saddest win I’ve had. I wish Luka was going with me, but he still has some chances.” When asked if his brother was planning to compete in the Last Chance Qualifier, Lazar responded, “I will make him do it.”